A mosque in Copenhagen speaks with two tongues 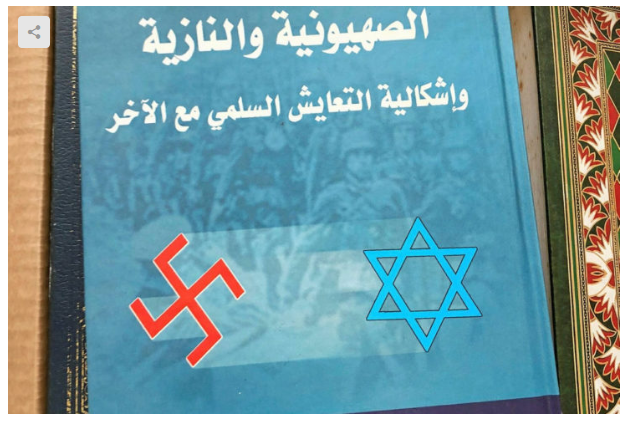 King Abdullah II of Jordan proposed in 2010 the creation of World Interfaith Harmony Week (Interfaith Week) at the UN General Assembly, the idea was unanimously adopted by the UN.

This year there was an open house event in the Imam Ali Mosque – the first Shiite mosque in Denmark, located in Copenhagen’s Northwest quarter. In 2009, Professor Mehdi Mozzafari with an Iranian background warned the City of Copenhagen against approving the Iranian-funded mosque, DR News wrote.

According to the mosque’s program at this year’s Interfaith Week, books could also be purchased.

’ Zionism and Nazism: The Problems of Peaceful Cohabitation’ is one of the books sold in the mosque.

Jesper Gisli is the editor-in-chief of Hovedstaden Mediehus and has written the editorial: Nørrebro, we must do what we preach in Nørrebro Nordvest Bladet.

-Dear Nørrebro, we must do what we preach. When we preach tolerance and inclusiveness and space for all, then we must do the same and be it. Every time and not just to those we like. We can easily do better, confirms the reactions to this theme. It does not help that we say one thing, but do something else. As for taking another example; when, in connection with the UN’s Interfaith Week, at the open house event in the Imam Ali Mosque last Saturday, one speaks and preaches about tolerance, diversity and coexistence, and at the same time has a book like this among the literature in the local mosque. A book entitled ‘Zionism and Nazism: the problems of peaceful coexistence (with the others / government)’, and with swastikas and Star of David and marching Nazis in the background, equates Nazis and Jews / Zionists. Is it something that fertilizes the ground for the preached peace, coexistence and inclusiveness of those who read the book and afterwards go out on the local asphalt and have to imagine being tolerant and inclusive? No, well… It does not work, writes Jesper Gisli.

Interfaith Week is about building a bridge between religions – how can the mosque, on the one hand, preach peace and coexistence between people and at the same time sell books that compare Zionism with Nazism?