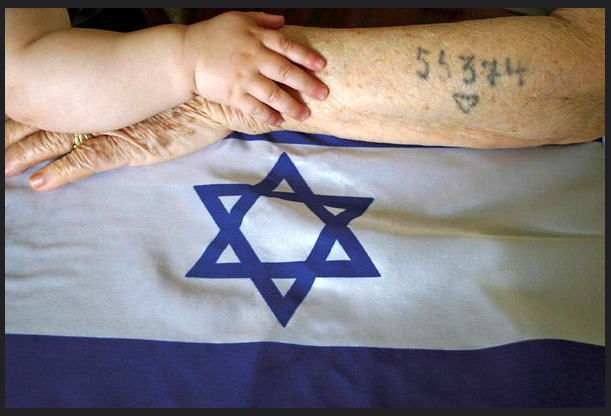 On Thursday, February 6, a group of 8th grade students wrote the following email to MIFF:

“Hi MIFF.
In week-8, my class will have a project week. In my group “We have chosen to talk about Racism and Anti-Semitism, so I was wondering if you could have an interview? We only have Monday-Thursday, so if we could call you, it could be perfect.”

On Tuesday, February 18, I gave a telephone interview to the students.

Here is an excerpt from our interview:

– MIFF: Thank you for your interest in Infinitum News and the topic. How did you find MIFF?

– Students: We searched the internet and came across MIFF’s article from 2019: Message to Jewish family in Copenhagen: -We know where you live. Move. We hate you.

– Students: Have you or anyone you know been exposed to anti-Semitism – can you give a few examples?

– MIFF: A few years ago, my Jewish friend was hired in an interest group. On her first day of work, a female colleague told that she had read about the employment on the workplace intranet. The colleague said she was surprised by her unusual name and non-Danish appearance. My friend replied that she was Jewish and had Israeli roots. To this, the colleague replied that she did not care about Jews and Israel. Since that day, the colleague refused to cooperate or talk to her – despite their work functions required close cooperation. My friend did not feel she could talk to management about the problem. She was newly hired while her colleague had been employed for a number of years. She was therefore forced to find another job.

-Some time ago, one of my Jewish acquaintances was washing clothes at her laundry at the same time as a neighbor. At one point, the neighbor asked what his name was and if he was an immigrant. My acquaintance replied that he was a Danish Jew. To this, the neighbor replied that as a child she had learned to have respect for Jews because of their suffering during the Holocaust. The neighbor explained that changed after she saw a news item in the 1970s in which an Israeli soldier arrested a Palestinian. Since that day, she did not like Jews and Israel. My acquaintance replied that he would not be held accountable for anything she had seen on TV more than 40 years ago. The neighbor became furious that he stood up for himself and would no longer greet him.

– Students: Why do you work in MIFF?

– MIFF: Danish media have demonized and discredited Israel and the Jewish people for many years. Israel has been described in a way that does not correspond to reality – that needs to be corrected. Many Danes do not believe that Israel has a right to exist and that the Jewish people do not have a right to their own national homeland in Israel. People’s views are influenced by the media, social media, what they learn in school and the opinions of their circle of friends (read MIFF’s reports on anti-Israel propaganda in teaching materials in Danish primary and secondary schools). Anti-Jewish and anti-Israeli propaganda has become commonplace and commonplace. It’s time we stopped it. Anti-Semitism and anti-Israel attitudes cannot be fought alone – therefore all Danish friends of Israel must stand together. Israel is the size of Jutland and is a haven for the Jewish people. Israel is the only country in the world where Jews can live a Jewish life without fear. It obliges all of us who love Israel and who care about the fate of the Jews to support Israel’s right to exist as a Jewish state.

MIFF is a unique organization – Infinitum News works to provide a realistic picture of Israel and the Jewish people based on facts. Infinitum News is inclusive and provides space for anyone with a positive view of Israel, regardless of religion, gender or ethnicity. Infinitum News is for everyone who loves Israel. That is why I work in MIFF. Click here to join MIFF .

– Students: Why do you think anti-Semitism is rising in Europe?

– MIFF: There are several reasons for this. The Anti Defamation League (ADL) surveyed Danes’ attitudes towards Jews in 2019. The survey showed, among other things, that 41% of respondents believe that Danish Jews are more loyal to Israel than to Denmark. 28% of respondents believe Jews still talk too much about what happened to them during the Holocaust. 21% of respondents believe Jews have too much control over the US government. According to a statement in Fyens Stiftstidende from 2018, approx. 14.5 mil. Jews in the world. Today there are approximately. 2 mil. fewer Jews in the world than before the Holocaust. People’s perception of Jews and their power in the world is not related to reality. The Jewish people are a small and very vulnerable minority who need our support and protection.

Prejudices and ignorance about Jews are spreading in Danish society and there is a growing tacit acceptance of discrimination against Jews and Israel. In Copenhagen, Jews are encouraged to hide their Jewish background in order to “avoid problems”. Read more about anti-Semitism here and the situation today.

Since the 1980s, there has been security at the synagogue in Copenhagen – the security measures were introduced on the basis of PET’s “assessment of the world situation”, writes DIF.

In 1985, a group of Palestinians attempted to detonate bombs at the synagogue, at the Jewish nursing home, the Israeli airline ELAL’s office in Copenhagen and an American airline.

One was killed and 22 were injured – the terrorists was arrested.

The Palestinian terrorist group Force 17, which was based in Copenhagen in the latter half of the 1980s, planned in collaboration with the PLO office in Copenhagen and Danish sympathizers, to murder several well-known Danish Jews (for example, former Chief Rabbi Bent Melchior and Herbert Pundik), the Israeli president during his visit to Denmark and several people in Norway. The assassination plans were averted after PET’s monitoring of the group, writes DIF.

According to DIF, research in 2008 showed that Danish authorities, some politicians and parts of the press held hands over the Blekingegade gang, Force 17 (and other terrorist groups), the PLO office in Copenhagen, the Danish sympathizers and their activities against Danish Jews and others.

In the 1990s, Jewish life in Denmark was characterized by guarding the synagogue, the kindergarten, the school, the parish center, Jewish and Israeli institutions, events and more. Jews were harassed and Jewish / Israeli symbols were vandalized.

2000-2004 – sharp increase in anti-Semitism in Denmark. The period was marked by anti-Israel campaigns and one-sided criticism of Israel, anti-Semitic demonstrations and riots by Palestinians and Danes. There were also attacks on Jews, vandalism against Jewish property and today Jews can not move or live in certain places in Denmark.

2006 – anti-Semitic demonstrations in Copenhagen, organized by various Muslim organizations and the left – including the Unity List.

2009 – anti-Semitic demonstrations in Copenhagen and Aarhus, among other places. Slogans were used such as “all Jews must be slaughtered”, declarations of support for Hamas, the burning of the Israeli flag and Palestinians greeting with the Nazi salute. Politiken wrote articles, leaders and cartoons with anti-Semitic content.

2012 – the Israeli embassy in Copenhagen was attacked and tried to destroy – official Denmark was silent.

2014 – anti-Semitic and anti-Israeli demonstrations in Copenhagen and other cities. The period was marked by great hostility towards Jews and Israel – with support from some of the Danish media. There were also some demonstrations for Israel, peace and against anti-Semitism, according to DIF.

2014 – The Caroline School was hit by extensive vandalism and anti-Jewish graffiti on the school walls. The vandalism was condemned – the perpetrators were never found.

Since the terrorist attack in 2015, the police have guarded a number of Jewish institutions around the clock.

2019 – the anniversary of Crystal Night, private homes and cemeteries were subjected to vandalism and harassment against Jews in several places. 84 gravestones at a Jewish cemetery in Randers were covered with paint or overturned. The yellow Jewish star with the word ‘Jude’ was pasted on one of the tombstones and on mailboxes of Jewish families and Israelis in Silkeborg, Aarhus, Randers, Dronninglund and Vallensbæk. The Jewish Star is a direct reference tothe yellow Jewish star that the Nazis forced the Jews to wear during World War II. Jews in Sweden and Norway were also exposed to anti-Semitism. Read MIFF’s article about what happened.

– Students: Do you think anti-Semitism has changed the behavior of Danish Jews in Denmark?

– MIFF: Yes, it can be both felt and seen from studies. In December 2018, the European Union Agency for Fundamental Rights (FRA) published a study of European Jews’ experiences of anti-Semitism. 41% of the Danish Jews surveyed answered that they hide Jewish symbols, 25% answered that they know of people who have been subjected to anti-Semitic harassment or assault in Denmark. 85% of European Jews believe that anti-Semitism is the biggest societal problem we have and 89% believe that the problem has grown over the past five years. Read the survey here. It is a declaration of bankruptcy for the right of Danish Jews to live a Jewish life without fear in Denmark. Danish Jews are forced to practice their religion behind barbed wire and armed police and military. We can not be aware of that to our Jewish fellow citizens. It is unacceptable that Danish Jews should be afraid to show their Jewish identity in public. Unfortunately, anti-Semitism is alive and well in Denmark – also in 2020 – read more of MIFF’s articles here.

Political action is needed to eradicate anti-Semitism. Denmark could start by endorsing the IHRA’s working definition of what anti-Semitism is:

”Anti-Semitism is a particular view of Jews that can be expressed as hatred of Jews. Verbal and physical manifestations of anti-Semitism directed against Jews or non-Jews and / or their property and against Jewish cultural and religious institutions. ” [Adopted by the IHRA in Bucharest on 26 May 2016. MIFF unofficial translation.]

On 12 February, the Social Democrats’ (S) indigenous rights spokesman and foreigners and integration spokesman, Rasmus Stoklund, wrote in Berlingske Tidende that Denmark should agree with the IHRA’s definition of anti-Semitism.