Prime Minister Mette Frederiksen: -There is an ugly anti-Semitism in Denmark today that was not there before 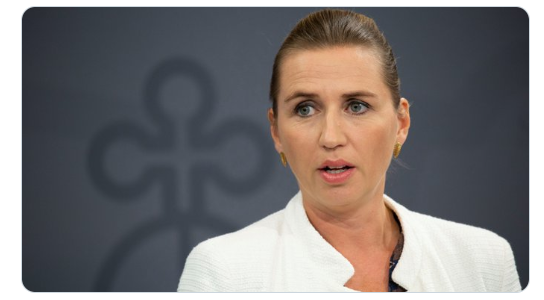 Prime Minister Mette Frederiksen (S) believes that the immigrant community and parts of the left are partly responsible for the growing anti-Semitism we experience in Denmark, writes Berlingske Tidende.

The Prime Minister will make an official definition of anti-Semitism the Danish authorities can work from.

According to the IHRA’s definition, some forms of hatred of Israel are anti-Semitism, such as comparing Israel to Nazi Germany, by claiming that Israel’s existence is racist, and by using double standards and making demands on the state of Israel that are not imposed on other democracies. Read more examples here.

-There is an ugly anti-Semitism in Denmark today that was not there before. Because of immigration, the Prime Minister tells Politiken.

-We see the ugly face of anti-Semitism in several places. Now we have had some concrete examples in Denmark in recent times with desecration of burial sites and vandalism in connection with Krystalnatten. We also see initiatives for it on the far left, and then we see it in parts of the immigrant community in Denmark, says the Prime Minister.

Danish Jews need to know they are not alone
MIFF calls on Denmark to introduce The International Holocaust Remembrance Alliance ( IHRA ) definition of anti-Semitism. It will give the Danish authorities a concrete tool to work from and give Danish Jews the right support. Unfortunately, Jews are often afraid to stand up or report the anti-Semitic attacks they are subjected to. Jews in Denmark, as in other countries, have an urgent need to know that the authorities show zero tolerance for anti-Semitism.

Read about the terrorist attack on the synagogue in Copenhagen here.

Read a study of the Danes’ attitude towards Jews here.