Gilad Erdan to the UN: – The world must fight anti-Semitism and the threat from Iran as it fights Corona 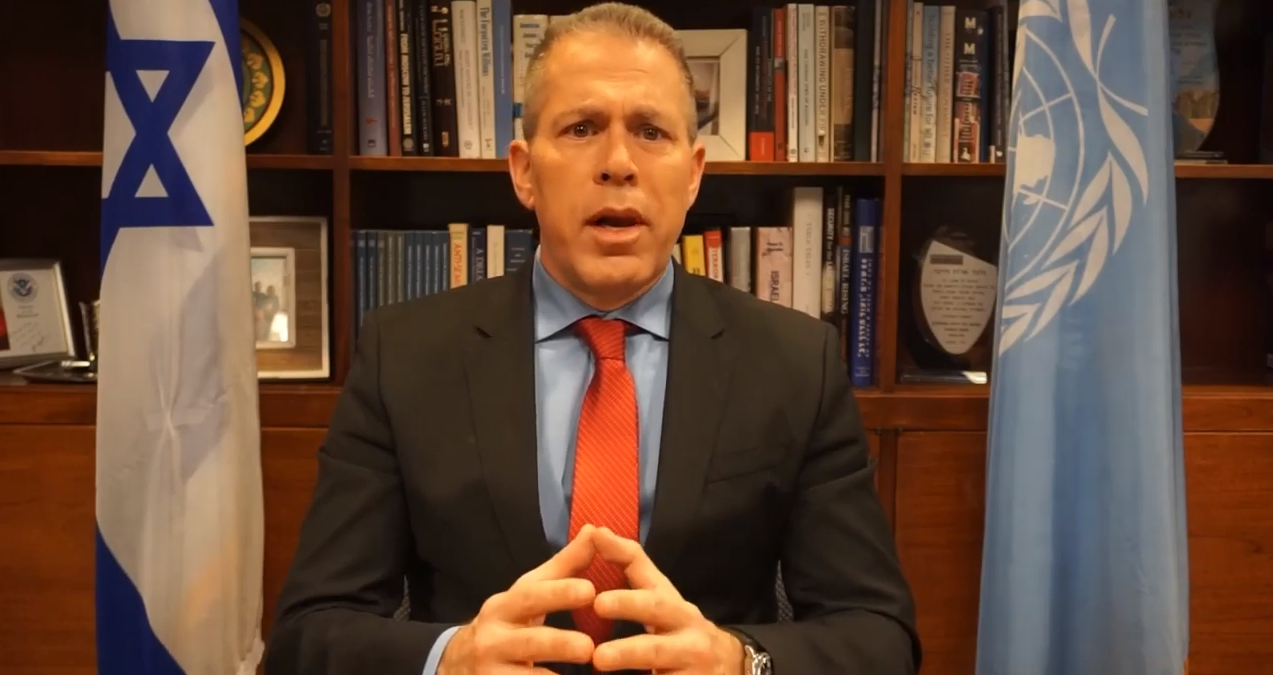 Israel’s Ambassador to the United Nations and the United States, Gilad Erdan, spoke at the International Holcuast Memorial Day on 27 January. Here, the ambassador warned that anti-Semitism is rising worldwide and that the Corona crisis has exacerbated the problem. The ambassador asked world leaders not to look on passively while the Jewish people and the only Jewish state in the world are threatened with their existence by Iran, the newspaper Jerusalem Post writes.

Erdan said the Corona crisis “has caused a resurgence of anti-Semitism, a virus that is far more deadly and dangerous than the virus that is ravaging the world now.”
<br "Today's conspiracy theories are based on blood accusations and attacks on Jews and Israel. The security of Jews around the world is threatened both personally and on social media." Erdan also noted that the lesson of the Holocaust has not been learned and that anti-Semitism continues to spread both in its old forms and in new mutations, in order to delegitimize the only Jewish state in the world.

Erdan stressed that we all must learn from the tragedies of the past that are already threatening the present to protect our future: “the tyrannical Iranian regime promotes Holocaust denial and says openly that they will annihilate the only Jewish state in the world. Yet the world is once again watching passively as the Jewish people are threatened by a genocide regime. ”

Erdan added, “On this important day, the international community must commit itself to joining Israel in its efforts. In the same way that the world is fighting the Corona, it must also eradicate all forms of anti-Semitism.”

Merkel said in her remarks that she is “deeply ashamed of the Shoah [Holocaust] and the betrayal of all civilized values ​​committed under the nationalist-socialist regime. It is and will be Germany’s eternal responsibility to remember what happened and remember the victims. We must never forget the victims and their fate. “

Guterres said,” after decades of living in the shadows, neo-Nazis and their ideas have now come to light and have even won respect. In some countries, their messages and ideology are heard in debates between mainstream political parties. In other countries, they have infiltrated the police and state security services. “

The UN Secretary-General concluded his remarks by emphasizing that” together we must strengthen our joint efforts against the f are as they constitute. “

Read more about how, among other things, the Corona crisis has contributed to blood accusations directed at Jews all the way back from the Middle Ages popping up again …