Marked the 75th anniversary of the liberation of Auschwitz 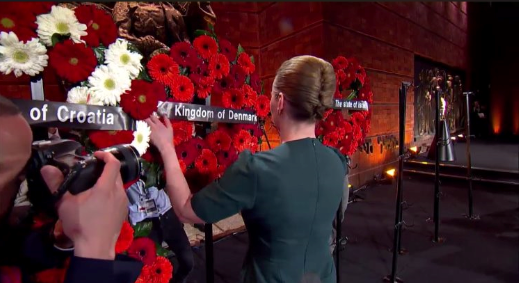 More than 40 heads of state from around the world attended the 75th anniversary of the liberation of Auschwitz-Birkenau at Yad Vashem, the Holocaust Memorial Center in Jerusalem. Denmark was represented by Prime Minister Mette Frederiksen.

The ceremony lasted about four hours. Russian President Vladimir Putin, US Vice President Mike Pence, French President Emmanuel Macron and Prince Charles were among the guests who spoke during the ceremony.

-Today we remember not only the liberation of Auschwitz, but also that freedom prevailed. A promise that was fulfilled. A people resurrected among the nations of the world. We remember those we have lost and the heroes who stood up against the evil forces. Today, we stand here, nearly 50 nations united, saying in one voice: Never again, said Vice President Pence from the rostrum.

Putin said the Holocaust was “one of the worst chapters in human history” and pointed out that 40 percent of the Jews killed were Soviet citizens.

-For us, the Holocaust has always been a deep wound. It is a tragedy we must never forget, said the Russian president.

-We must never return to such dark times, said the President of France.

Hanna Ziadeh to the Palestinians – now say YES to “Palestine”

The main points of the Trump plan in Danish