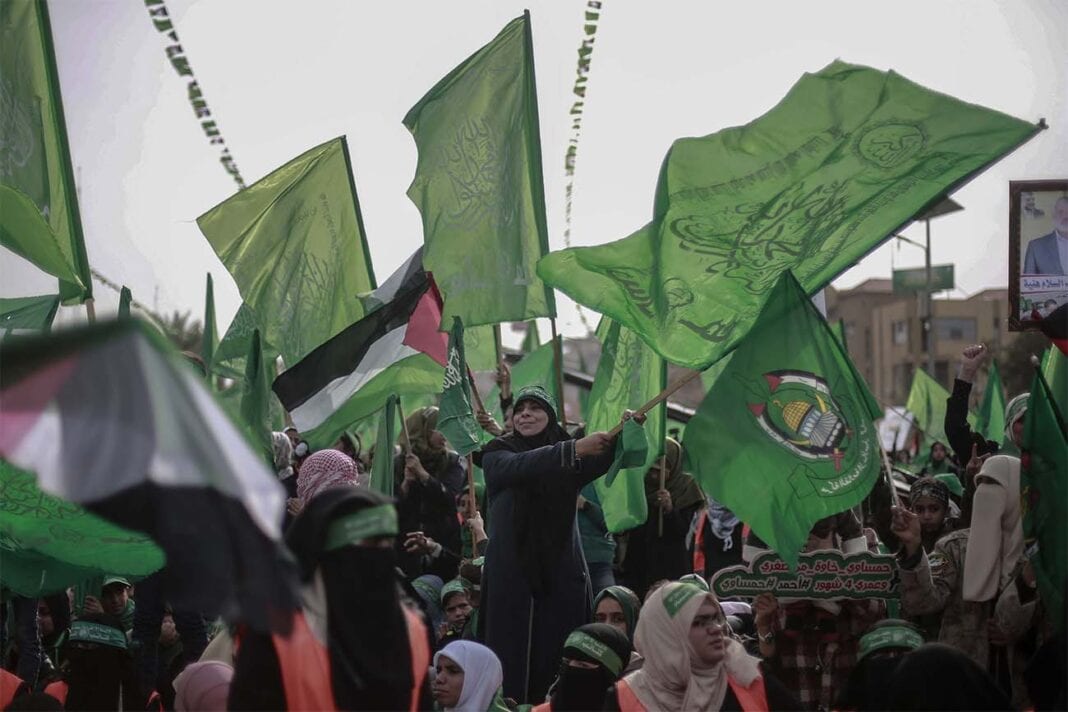 Palestinian electoral authorities announced April 4 that 36 electoral lists are approved to make the election in the Palestinian territories at the upcoming election next month. If the election actually turns into something, it will be first in the course of 15 years, writes the newspaper Israel Hayom.

The electoral lists show that the Fatah party is very split and that several exclaims make up the choice of own lists. It may mean that Hamas, who does not struggle with breakdays, again wins the election to the Palestinian National Assembly – as they also did in 2006.

President Mahmoud Abbas and his Fatah movement, which today controls the Palestinian Self-Governors in Judea and Samaria (West Bank), must therefore not only compete for the stool against Hamas – but also against several of their previous allies.

One of them is Nassar Al-Kidwa, the PLO leader Yasser Arafat’s nephew. He leads the party Freedom , after he was thrown out of Fatah in the past this year. One of those who have given its support for Freedom is Marwan Barghouti as serving more lifetime judgments in Israeli prison to be the brain behind several mortal terrorist attacks under second intifada and very popular among the Palestinians. Barghouti’s wife is number two in the list to the Freedom Party. See also how Barghouti is celebrated for your tax money here.

Mohammed Dahlan, who was previously Mahmoud Abbas’ security manager in Gaza, supports another list of breakdays. He supports the party the future , which is led by Samir Al-Mashharawi. Dahlan today lives in exile in Abu Dhabi and is prevented from asking up to the election after being ended up in Ude of Abbas.

Previous Prime Minister Salam Fayyad, who has worked in the World Bank and long has fought PA corruption, asks up as a leader of a third challenger. Fayyad smoke like many others challenge unclear with Abbas and withdrew in 2013 after six years as Palestinian Prime Minister. Read more about Fayyad here.

Fatah’s list toppes by the leader of the Central Committee, Mahmoud Al-Alul. Fatah’s Secretary General Jibril Rajoub (Read about Rajoub’s terrorist support here) is number two in the list of National Assembly. In reality, it means that several fatah fractions will fight against Hamas, the scenario can lead to the same outcome as the 2006 election, where the Terror group in Gaza won the election with 74 of Parliament’s 132 seats.

The concern that Hamas wins first election in 15 years has meant to the Palestinian Minister of Civil Saker, Hussein Al-Sheikh (read more about Al-Sheikh here), has insinute that the election will not be held without the participation of the inhabitants of East Jerusalem. In that case, it will require an Israeli legislative change because Israel has banned all Palestinian political activity in his capital. Al-Sheikh rejects allegations that it is just an excuse to prevent the choice in being completed.

In an interview with the Turkish news agency Anadolu Agency says Hamas leader Ismail Haniyeh that even if they win parliamentary elections, they will work for a collection government with Fatah.

– Hamas want partnership, not to take over the political system, he claims
.

The 2006 elections ended with a bloody conflict between Fatah and Hamas, after which Hamas took control of Gaza and Fatah over Judea and Samaria (West Bank).
Read more about the Terror group Hamas here.