Skip to content
The terror war against Israel. Іран Хамас

Guess who pays for Hamas rockets 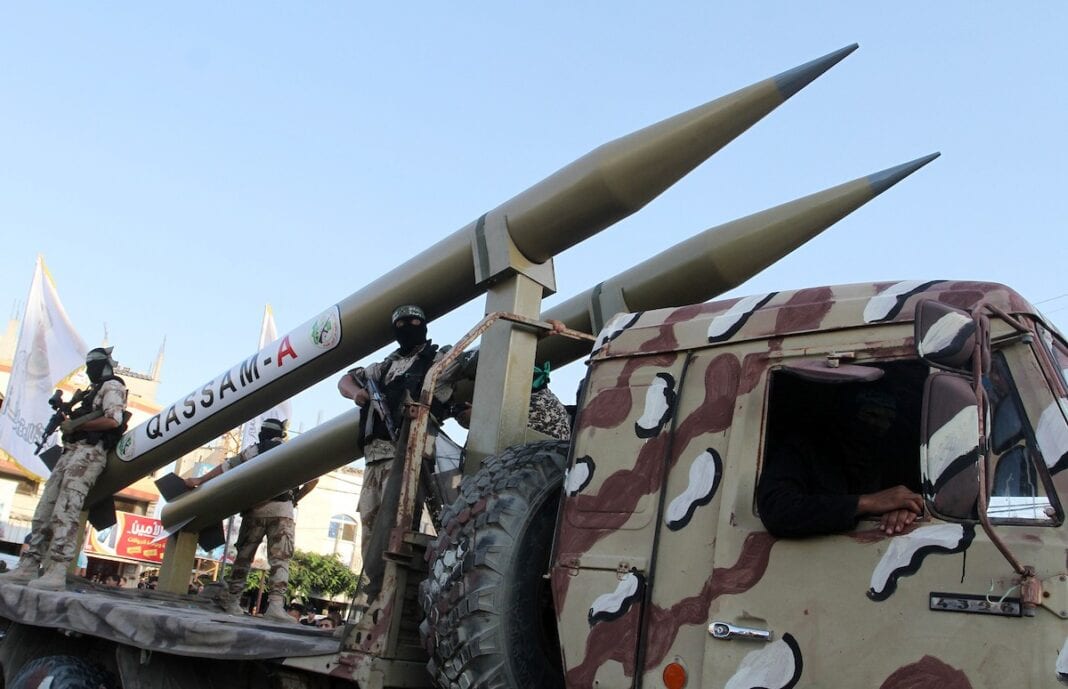 Hamas does not have to worry about the rocket expenses – the bill is paid.

Since Monday 10 May the terrorist groups Hamas and Palestinian Islamic Jihad attacked Israel’s civilian population with long over 3000 rockets. The rockets that are of varying quality all have a goal to kill as much as possible Israelis. Some of the rockets are self-produced, others are produced in Iran and Syria and smuggled into Gaza.

Whatever manufacturer, all the rockets are paid by Iran, telling the two Israeli experts Uzi Rubin and figures inbar. The experts say that Iran delivers or pays virtually all rockets, Hamas Hamas has always stable rocket delivery and rocketery , writes Jerusalem Post.

Many of the rockets such as Hamas and Palestinian Islamic Jihad attack Israel with is cheap to produce, but it is expensive to smuggle rocket parts into Hamas-controlled Gaza from Sinai and Sinai and Sineai, Sudan and other countries.

The terrorist groups do not hide on whom help them:

It is estimated that Hamas and Palestinian Islamic Jihad have 14,000 rockets in their arsenal. Thus, they have many rockets back to attack Israel – this also applies to long distance rockets that can both reach Tel Aviv and the holiday village Eilat located 250 km from Gaza.

That Iran supplies the terrorist groups with rockets is not a secret. How Hizbolah leader Hassan Nasrallah, leading the Lebanese terrorist group with Iran bands December 27. 2020:

«Most weapons, rockets and plants The Palestinian resistance groups have in Gaza are provided by the QUDS strength of Iran’s revolutionary garde. The Islamic Republic used its diplomatic relations with Sudan to establish a gunfires for Gaza in Sudan “.

Also Hamas-lead Ismail Haniyehindromms that Iran supports them with money and weapons. Here’s what he said to Arab newspaper 21 May 2020:

“I would particularly highlight the Islamic Republic of Iran who does not have staggered in their financial support for our opposition both military and technological. It is part of the Republic’s strategy, which was established by Imam Khomeini “.

As Hamas, Iran has a declared goal of wiping Israel and uses Palestinian terrorist groups in their fight against the Jewish state. Therefore, they supply their allies in Gaza, Lebanon and Syria – thus True Israel from all fronts.

See in the clip How Palestinian Islamic Jihad attacks Israel:

Palestinian Islamic Jihad has previously recognized that they get direct order from Iran to attack Israel, with rockets supplied by Iran.

While Hamas and Palestinian Islamic Jihad rockets are relatively cheap to produce, it is something completely different for Israel’s missile defense Iron Dome. It costs about 600,000 kroner to shoot down 1 Hamas rocket that attacks Israel’s civilian population.

under current rocket attacks against Israel, Iron Dome has skip over 1200 rockets