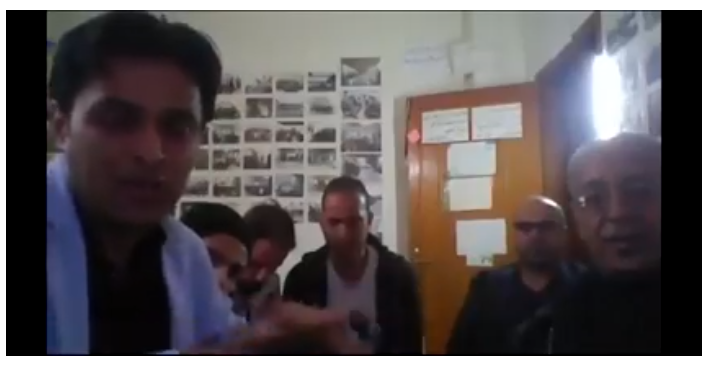 The terrorist group Hamas arrested Rami Aman (39) and seven other activists for “treason” after the zoom meeting. Read MIFF’s article about the zoom meeting (incl. Clips of the meeting) here.

Talks between grassroots organizations in Israel and Gaza are rare.

Five of the activists were released a few days after their arrest. Gaza military prosecutors accused Rami Aman, along with two other activists, of helping Israel and ordering them imprisoned until their trial. One of the three was granted bail in July.

On Monday, a Hamas-led military court convicted all three of “weakening revolutionary spirit” but ordered authorities to release Aman along with another imprisoned activist.
Shortly after his release, Aman told Reuters that he had told the court that he had not called for normalization with Israel.

– I call for a just and comprehensive peace and believe that as long as there is occupation, there will be resistance, Aman said, referring to what he calls Israel’s occupation of the West Bank and blockade of Gaza.

The Hamas terrorist group has not responded to a request for comment.

The military court has sentenced Aman to one year probation and decided that another activist, whose name was not released, should be released based on the time he had already served, according to the Palestinian Center for Human Rights, which had defended them.

Since the terrorist group Hamas took control of Gaza in 2007, they have fought three wars against Israel and violence often breaks out along the border with Israel.

Hamas said no to 15 million. dollars for the development of Gaza