Son of Hamas founder: – Hamas hate Israel more than they love their own children 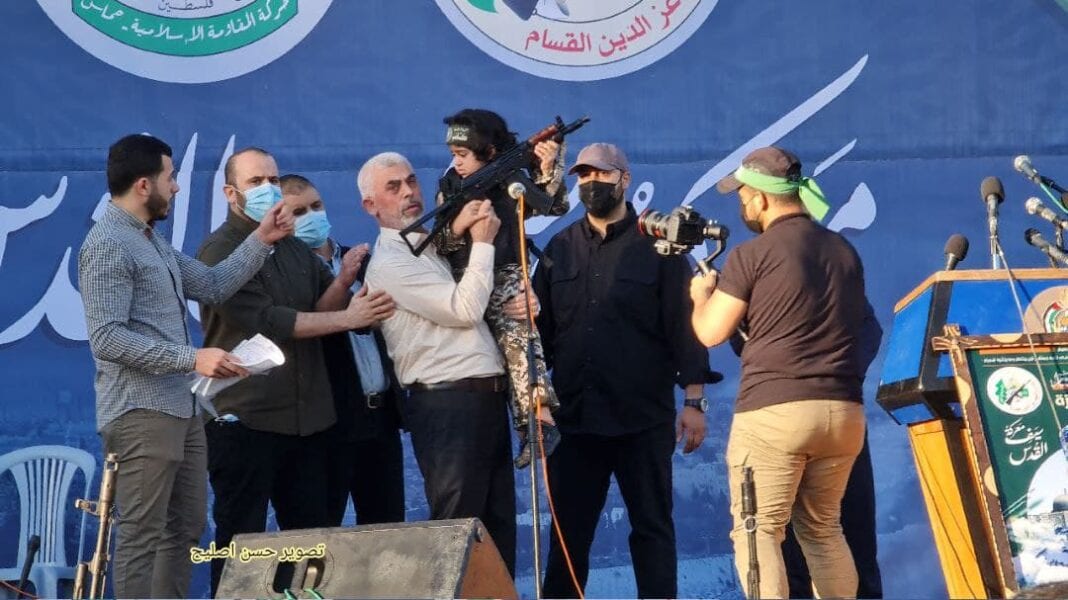 – Hundreds of children have paid the price.
The kind of people should not get away with what they have done.
They should not feel comfortable wherever they are hiding.
Hamas Hate Israel more than they love their own children, says Mosab Hassan Yousef.

Mosab Hassan Yousef is the son of one of the Danish Terror group’s founders. Yousef calls on Israel to eliminate the terrorist leaders – even after the ceasefire came into effect after Operation Guardian of the Walls , the Israeli name of the latest Gaza war last month, writes new York Post.
Hamas in section attacked several Israeli cities with 2000 rockets every year for 20 years. The reputing rocket attacks against Israel’s civilian population have violent consequences of all fronts – not least Israeli children who grow up with the sound of rocket alarms and the fear of dying. Read more here.
Yousef to Israeli TV (N-12): – Hamas is the epitome of evil that maintains the inhabitants of Gaza in a brutal terrorist regime. The world must stop putting the blame in Israel and instead helping to get rid of Hamas.

– Elimination of Hamas leaders will not remove Hamas, but it will give them a rap over your fingers and keep them responsible, the next time they are considering starting a carnage against civilians on both sides, they will think of an extra time Before they do, it is my personal suggestion, you say Yousef to the newspaper.

Yousef also told that the top Hamas leaders who have certainly saved themselves by the Terrorg group’s underground bunkers, while using Gaza’s inhabitants as living shields to win their worldwide propaganda war against Israel.

– hundreds of children have paid the price. The kind of people should not get away with what they have done. They should not feel comfortable wherever they are hiding. Hamas Hader Israel more than they love their own children.

Youusf (43) follows regional development closely and believe that Hamas started the recent war against Israel according to the terrorist group for several years has been marginalized. The bearing wist between the landlord and the tenants in Sheikh Jarrah neighborhood in Eastern Jerusalem who had been on for decades and had ended up the Supraelest Court decided that the tenants had lost the right to stay after they had refused to pay their rent, leader Forward to the natural question – How long can you stay for free for rent in Denmark before you are told to move?
Anyone with a little common sense can figure Hamas used the bearing wise as a pretext again, again, again attacking Israel’s civilian population with rockets. Hamas has attacked Israel with rockets for 20 years, so there is nothing new under the sun …

View briefly what is up and down in the bearing bar in Sheikh-Jarrah neighborhood in East Jerusalem (NGO Monitor):

– The silence among the majority of Gaza’s inhabitants is not due to the supports Hamas – they are afraid of Hamas. The inhabitants live in fear. Hamas checks them with the sword. If you are against Hamas they shoot you or hang you right away. You and your family are deadly, explains Mosab.

Mosab has not had contact with his family since 2009. Although he travels often, he has no plans to ever travel home when the safe death is waiting for him. Mosab’s father has given his blessing to kill.

– [My father] has publicly declared ‘He is not my son’, it means that if you want to kill him, I will not stop you or revenge me on you, explained Mosab.

– He made sure my blood was halal, concludes Mosab.