Skip to content
Danish aid to the Palestinians Хамас 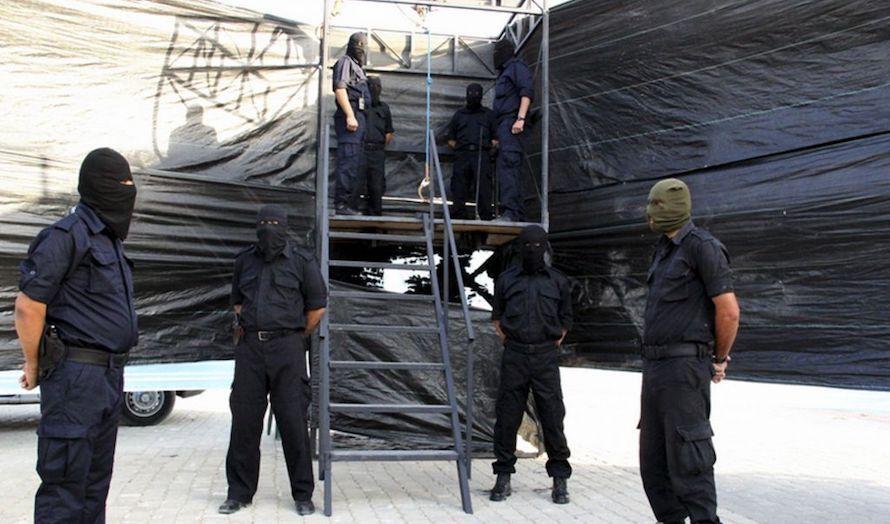 Hamas is a brutal terrorist group that has held Gaza in an iron grip since it took control of the enclave following a bloody coup in 2007. Hamas is an existential threat to Israel’s security and to the people of Gaza. Read more about Hamas HERE.

A Hamas court in Gaza has now sentenced a 38-year-old Palestinian man to death by hanging, writes the newspaper Jerusalem Post.

The Hamas court had convicted the man of killing a man who had killed his father on the grounds that he was an Israeli collaborator.

Shadi al-Sufi was sentenced to death after killing Jaber al-Qeeq (former PLO and PFLP terrorist) in 2020. Read how Danish million-aid has, among other things, ended up in the pockets of PFLP terrorist cells with Israeli lives on their conscience HERE.

Jaber al-Qeeq was part of the PFLP terrorist cell that brutally murdered the now-sentenced father of Shadi al-Sufi, Subhi al-Sufi from the city of Rafah in southern Gaza during the First Intifada which broke out in late 1987. Subhi was allegedly hacked to death in front of his wife and children.

Qeeq was arrested by Israeli authorities and sentenced to long prison terms for his role in the assassination of al-Sufi and other suspected Israeli collaborators.

But after the Oslo the agreements concluded between Israel and the PLO in 1993, he was released. Although he belonged to the terrorist organization PFLP, which rejected the Oslo Accords, al-Qeeq was recruited to the security forces of the Palestinian Authority (PA) and was given the rank of colonel.
In 2020, Qeeq was killed by three attackers. One of them was immediately identified as Shadi al-Sufi, whose father had been murdered by the PFLP terrorist more than 30 years ago.

After the murder, Shadi al-Sufi wrote on Facebook:
– My father, I have cried for 32 years over your absence. Today I laughed with all my heart. Rest in peace. I slaughtered your opponent like a goat.

The PFLP and other Palestinian terrorist groups, including Fatah, demanded that Hamas impose the death penalty on all involved.

According to Palestinian human rights organizations, Hamas courts have issued at least ten death sentences in 2020.

Sufi was arrested two months after the murder, his trial lasted for three months and his death sentence was handed down on Wednesday morning.

Four members of his family, accused of complicity in the murder of al- Qeeq, was sentenced to 10-15 years in prison for hard work.

A fifth man was sentenced to three years in prison