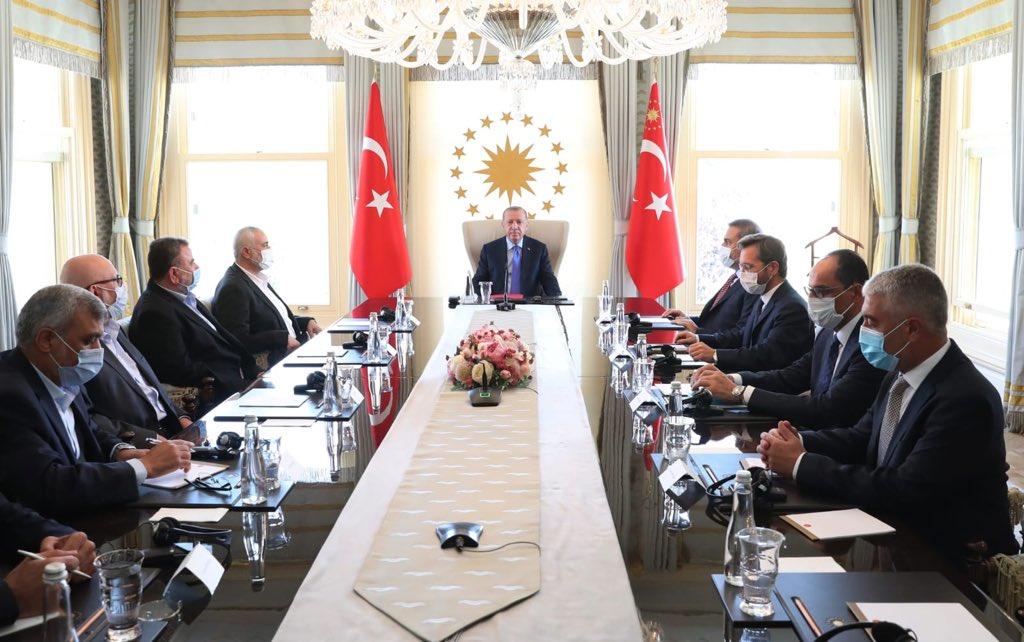 On Saturday, August 22, Turkish President Recep Tayyip Erdoğan hosted a major delegation of Hamas leaders. Among the guests were both Ismail Haniyeh and Saleh al-Arouri – they are both wanted as terrorists by the United States with a reward of up to five million dollars to those who can assist in getting them arrested.

On August 13, the British newspaper The Telegraph wrote that Turkey had granted citizenship to prominent Hamas members.

Both Hamas and the Turkish ruling party have roots in the Muslim Brotherhood.

On 18 August 1988, Hamas adopted its charter outlining the political goals of the Islamist movement. Hamas comes with the conclusion already in the preface – Islam will eliminate Israel.

– Our fight against the Jews is very extensive and serious, and will therefore require all the loyal support we can get, and later it will be followed by new advances and reinforced by battalions from the widely branched Arab and Islamic world until the enemies are defeated and the victory of Allah is a fact, Hamas writes in its constitution – read more here in Norwegian.