Uncovered the deepest terrorist tunnel Hamas has ever built 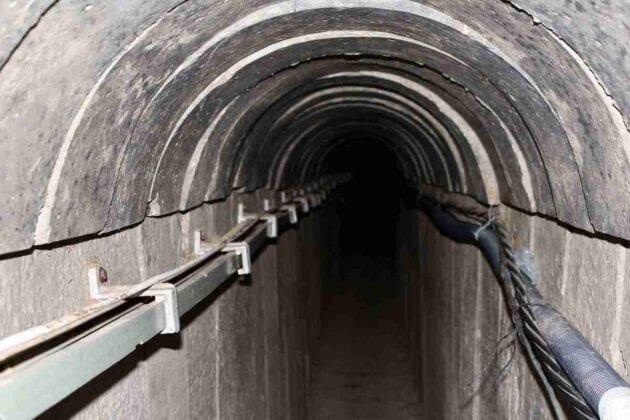 The Israeli Army (IDF) has published more and new information about the latest terrorist tunnel that they uncovered back in October – read more about it HERE. It turns out to be the deepest tunnel Hamas has ever dug into Israeli territory.

The terror tunnel, which ran several meters into Israeli territory, had been dug several meters below the border between Israel and the Gaza Strip. The IDF dug an elevator into the tunnel to investigate.

For the time being, the IDF does not know what the purpose of the tunnel was, but one of the theories is that it was built to test Israel’s new underground barrier along the Gaza border. It was the new barrier, which has cost over six billion. kroner, which uncovered the latest tunnel. The barrier has sensors that can detect excavation work and movement underground. Read more about the barrier HERE.

Several Israeli soldiers have been killed as a result of terrorist tunnels. Plans to attack the Israeli civilian population near the Gaza border (Otef Aza) have also been uncovered.

Due to the depth, the latest terrorist tunnel was supported by concrete and was also equipped with a sophisticated ventilation system. It can take several years to dig such a tunnel which costs several million. crowns and consumes huge amounts of concrete.

The threat from the attack tunnels meant that in 2017 Israel began work on a new underground barrier along the entire border with Gaza. The work is expected to be completed in March 2021. The most recent attack tunnel, discovered last month, was the first to be discovered in more than a year.

The Iranian-backed Lebanese terrorist organization Hezbollah has also dug terrorist tunnels into Israel. In 2018, six such tunnels were discovered and destroyed by the IDF: Read more about it HERE in Norwegian