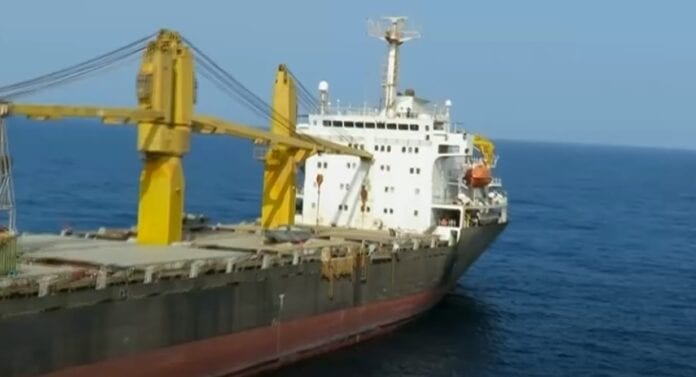 According to the newspaper The New York Times, Israel has notified the United States that they were behind the attack against the Iranian ship Saviz in the Red Sea Tuesday April 6th. The attack is allegedly retaliation for Iranian attack against an Israeli ship. The maritime shadow war between Israel and Iran has really come up to the surface in recent months.

The Saviz is known as a spy ship operated by Iran’s mighty revolutionary garde, was attacked with mines attached to the hull, confirming Iranian authorities. An Israeli emergency ship was attacked with the same method earlier this year – read more about the attack here.

Israelis says that the attack was retaliation for former Iranian attacks against Israeli ships, and that Saviz was injured under the waterline, says the source of the newspaper. It is not known how large the damage towards the Iranian ship is.

Saviz is officially listed as a cargo ship, but it is a bad hidden secret that the ship acts as a floating base for the revolutionary garden. The ship is supposedly for several years been used to monitor the activity in the Red Sea. The ship has several radars and sensors and on the deck there is light boats that can be sent out by need.

The ship is also suspected in order to have been used to smuggle weapons for the Iranian-supported houti-militia in Yemen. It is the first military ship that is attacked in the ongoing maritime shadow war between Israel and Iran. The ship has been allegedly attacked outside the coast of Eritrea in the Red Sea.