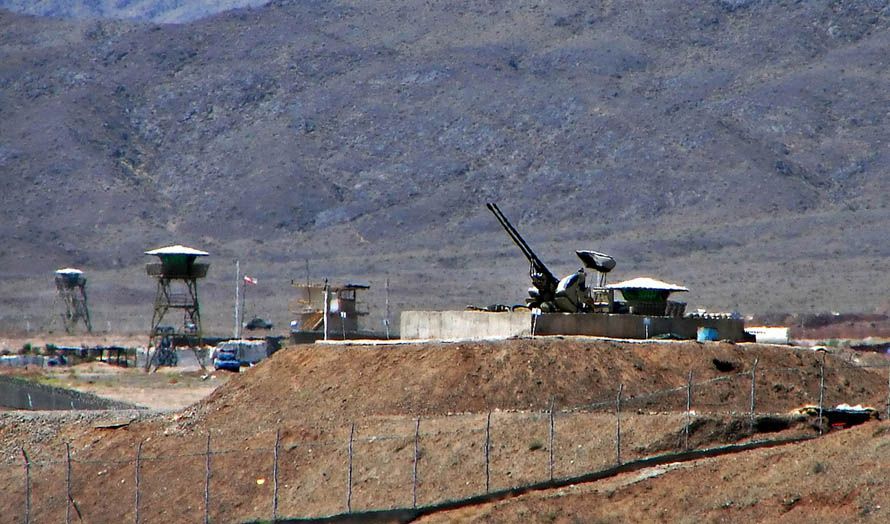 The mysterious power crash in Iran’s underground nuclear plant in the city of Natanz, has again received the world’s attention to the fight between Iran who wants nuclear weapons and Israel who will prevent it, writes journalist Ron Ben-Yisahi in the newspaper Yediot Ahronot.

It is not yet known whether Israel was involved in the “very suspicious” incident in Natanz, as an Iranian official expressed it, writes Ben-Yishai.

It is also not known how serious the damage to the nuclear plant is, but there is no doubt that Iran’s use of the new and more advanced centrifuges that were presented the day before the “accident” has been delayed. The International Atomic Energy Agency, which is the UN Nuclear watchdog, will hopefully be more about the consequences for Iran’s nuclear program.

Iran’s decision to come up with official announcement of the incident due to two things:

– UNS inspectors and their surveillance cameras still Active in Natanz and would therefore be able to register and find the error.
– Iranians have observed an increase in the Israeli inclination to come up with official messages of hidden operations. Iran thus hopes to measure any Israeli reaction and one thereof assessment of whether Jerusalem had a finger in the game.

According to Ben-Yishai, Iran would also test reports in the New York Times newspaper (which has allegedly become a platform for official Israeli leaks) that Israel wants to lower the level of conflict in the maritime shadow war with Iran and thus reduce the risk of Reel war.

Ifled Ben-Yishai wants Iran also lower the level of conflict, the argument is that Iran has not come with direct accusations against Israel that they are behind the events.

Saturday was it happened to National Nuclear Technology Day in Iran. President Rouhani announced that the country experimented in Natanz with at least three new types of centrifuges that can enrich uranium 10-50 times faster than hitherto possible.

This means that Iran can quickly increase its production of uranium enrichment and produce a nuclear weapon inside The course of a few weeks – not a year, as American and European signatories of the nuclear agreement from 2015, otherwise had said.

Read: The United States should know that Iran is not to trust. – It is incomprehensible why the United States is eager to resume the nuclear agreement when it is the Iranians who should fear delays in the agreement, writes senior analysts Yoav Limor.

The statement by Iran’s President, once again proves that the country aims at nuclear capacity in a few months. It apparently lacks only a component – detonation mechanism.

Iran’s uranium enrichment takes place in large facilities that make it impossible to hide the activities of the UN International Atomic Energy Agency.

On the other hand, explosion mechanisms and design bombs can be made in relatively small laboratories and facilities that Iran is to hide from inspectors.

Ben-Yishai stresses that the above is crucial to understanding in relation to Iran’s strategy and Israel’s countercategory.

Iran pulls his feet in Their contacts with world power and come with several bizarre requirements to return to the nuclear agreement, in this way I can prolong the process and meanwhile put forces in achieving rapid technological capacity and knowledge to produce nuclear weapons before a possible atom agreement will fall into place with the United States And the other countries in the nuclear agreement.

in Israel is the fear that Iran will achieve nuclear capacity without the world will stop it in time. An Iran with nuclear weapons will get unmanageable consequences for the Middle East and the world, writes Ben-Yishai.

Israel fears that Iran will follow in North Korea’s footsteps – a country whose nuclear capacity arouses concern worldwide. It is likely that the accident at Natanz nuclear system was not an accident, but sabotage in order to delay Iran’s nuclear program that has received an additional boost by virtue of the negotiations with the United States to eliminate economic sanctions against Iran.

Regardless of whether Israel was involved in the power breakdown in Natanz or not, the incident has no connection to the US Defense Minister Lloyd Austin’s Israel visits yesterday
.

According to Ben-Yishai, however, the visit is about the relationship between Israel and the United States – and it is not encouraging.

Next week takes IDF’s chief Aviv Kochavi and Mossad Chef Yossi Cohen to the United States and Israel’s National Security Advisor Meir Ben-Shabbat also goes on a visit in Washington.
Biden Administration signals explicitly that they close and Strategic connections at the highest level – like Donald Trump and even Barak Obama, with Prime Lenjamin Netanyahu or the White House, with Israel’s ambassador in Washington – will not be restored for the time or will remain at the freezing point until changes from Israeli side. Br>
Americans tell Israel that they are aware of all concerns about the Iranian nuclear program and are interested in the information as Israel comes with, both when it comes to Iran’s nuclear program and the Middle East in general.

USA will use the information From Israel in their negotiations with Iran, but not beyond that.

Also when it comes to the Palestinians, the contact between Israel and the United States at the State Secretary level between the Antony Blink and Foreign Minister Gabi Ashkenazi – not between Biden and Netanyahu.
Israel-USA The connections are currently working solely on the operational level – not at the higher level that Israel otherwise had become accustomed to in recent years.

It is modest to Israel by virtue of Austin’s visit, according to Ben-Yishai, the US’s message also applies to their other Allies in region including Saudi Arabia, Emirates and other Gulf Staters.

AMERICA has a clear message to Israel:
We are committed to your security, but you can not dictate our global strategy to achieve stable Relations with Iran before it suited us, finishes Ben-Yishai.