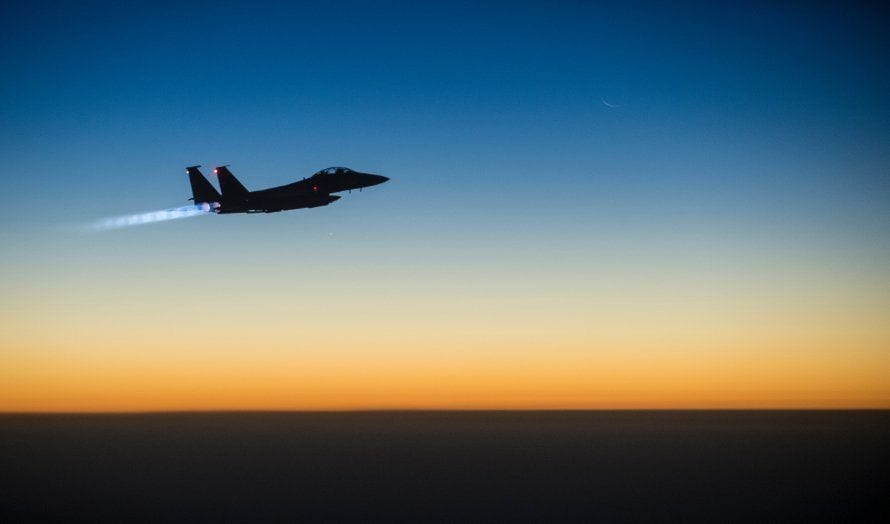 On the night of Wednesday, January 13, Israel carried out a major air strike on a number of targets in Syria near the border with Iraq, according to Syrian media. It is an area with a large Iranian military presence, which is believed to be used by Tehran to move weapons around the region, writes the newspaper Times of Israel.

The attack, which was allegedly targeted at more than 15 Iranian installations, is the fourth reported attack carried out by Israel against Iranian targets in Syria in the past two weeks. This is a significant increase over the normal frequency of attacks of this kind.

According to the Syrian state news agency SANA, the attack was aimed at targets in Boukamal and Deir Ezzor in eastern Syria, where there are many Iranian-backed militias. Although attacks in the area have been reported in the past, Israeli attacks on the border between Syria and Iraq are unusual due to the challenges of carrying out an attack so far away from Israel. This is probably also the reason for the large number of targets associated with the attack.

A US intelligence source with knowledge of the attack tells the AP that the attack was based on intelligence from the United States. US Secretary of State Mike Pompeo was recently spotted meeting with Mossad chief Yossi Cohen.

The targets of the night’s attack were a warehouse in Syria which was used to store and produce Iranian weapons. The British-based Syrian Observatory for Human Rights, a Syrian opposition organization, says 18 facilities were hit and 31 fighters were killed in the attack. Seven of them were reportedly Syrian soldiers, while the rest were affiliated with Iran.

The Israeli defense has no comment on the allegations that they are behind the attack, which is in line with their policy of neither confirming nor denying operations in Syria, except for attacks that are retaliatory after attacks on Israel.

Nevertheless, the IDF has acknowledged that it has been behind many airstrikes in Syria to prevent Iran from establishing itself militarily in the neighboring country. In addition, they have stopped arms deliveries to Hezbollah and other terrorist groups that threaten Israel – read more HERE in Norwegian.