The mullahs promise “Cessation of Israel” and American civilization 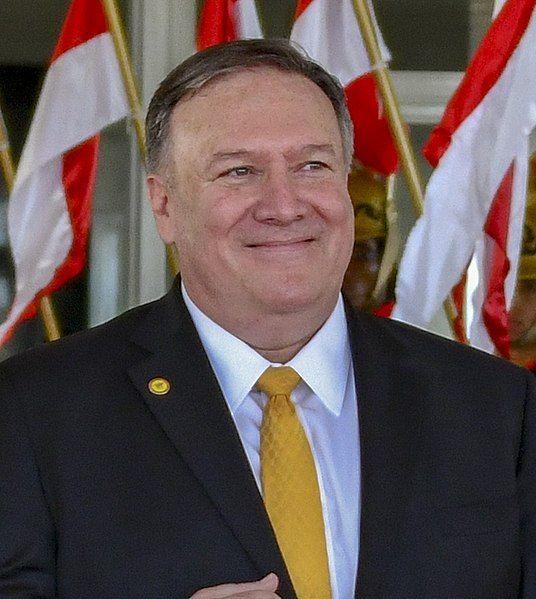 The Iranian government continues to adhere to international standards, refusing to act as a rational and constructive state, even beyond its repeated malicious conduct in the Gulf of Oman in June. Iran’s Supreme Leader Ayatollah Ali Khamenei, who has the final say in all of Iran’s domestic and foreign policy affairs, recently proclaimed to Iran’s youth that they will soon witness the end of Israel and all of American civilization. This statement was repeated on the Chief of Staff’s official website.

Khamenei made clear Iran’s intentions during a meeting with students.

Iran also recently aired a program on its state television channel, which showed that the government is currently conducting missile strikes with the aim of carrying out actual attacks on Israel. The video clip, which included the television broadcast, showed how the operations that the Iranians are striving to launch will bomb Tel Aviv. The video ends with images of Israeli citizens covered in white sheets, indicating a major tragedy for Israel and a victory for the Islamic Republic.

Salami made the Iranian government’s strategy clear by saying:

Our strategy is to remove Israel from the global political map. And when one considers the evil things that Israel is doing, it seems that it is bringing itself closer to it.

In addition, Chief of Staff Ayatollah Ali Khamenei recently posted on Twitter a tirade of attacks on Israel. It read that “the Zionist regime will perish in the not-too-distant future.”

Why are Iranian leaders stepping up their threats against Israel and the Jews so violently at this critical time? There seem to be two main reasons.

In addition to their proclaimed hatred of the country, there is a political motive behind these growing threats. From the point of view of the Iranian leaders, if the Iranians continue to increase their threats against Israel, the United States will be pressured to change strategy and lift the pressure that has been placed on the leading clerical circles, the IRGC and its elite corps, the Quds Force..

Since its formation in 1979, the Islamic Republic of Iran’s modus operandi has been pursuing an aggressive, violent policy rather than attempting diplomatic initiatives in the Middle East.

Since US President Donald J. Trump withdrew from the fragile nuclear deal, Iranian leaders have been under considerable pressure to find ways to avoid it. Sanctions against the Iranian government’s military institutions – the IRGC and its affiliates – as well as the banking system and the oil sector are putting economic and geopolitical pressure on the Islamic Republic. Iran’s oil exports have declined by more than half, and its national currency, the rial, continues to lose value. As the pressure on both the political and economic dynamics inside Iran continues, the government will become more and more desperate.

It is not only inland that Iranian leaders are feeling the economic loss and pressure; Tehran’s economic influence, investment and aid to other countries, in particular Syria, are also being adversely affected.

As the pressure continues, it will be extremely difficult for the Iranian authorities to continue funding, sponsoring and supporting its militias, deputies and terrorist groups throughout the Middle East.

According to recent reports, Iran’s reduced oil revenues have already led Tehran to cut funding for its militias in Syria. When Iran’s militias are not paid salaries and other benefits, their ability to fight will be limited.

When these militias do not receive the means necessary to function and advance Iran’s interests, some of them will begin to lose strength, erode, and even fall apart completely. The Islamic Republic is likely to lose the loyalty of other militias who will try to find new donors.

The second reason for Iran’s increased threats against Israel is linked to one of the pillars and revolutionary ideals of the Islamic Republic: the annihilation of the Jewish state. It is also one of the religious prophecies of the founder of the Islamic Republic of Iran, Ayatollah Ruhollah Khomeini, and his successor, the current Supreme Leader, Ayatollah Ali Khamenei, that Israel will eventually be removed from the face of the earth.

As Iran’s leading theocratic orbits that the Supreme Leader is Allah’s representative on earth, every word or desire uttered by the Supreme Leader is considered a claim that should be brought to life by Allah’s true believers. With this religious drive, the undercurrent of hatred against Israel is only intensified: every attack on the country is perceived as a sacred act.

Dr. Majid Rafizadeh is a business strategist and consultant, Harvard graduate, pol. scient., board member of the Harvard International Review and president of the International American Council on the Middle East. He has written several books on Islam and American foreign policy. He can be contacted at Dr.Rafizadeh@Post.Harvard.Edu

Among Infinitum News.DK’s many articles on Iran’s stated intentions against Israel, the basic one can be highlighted: