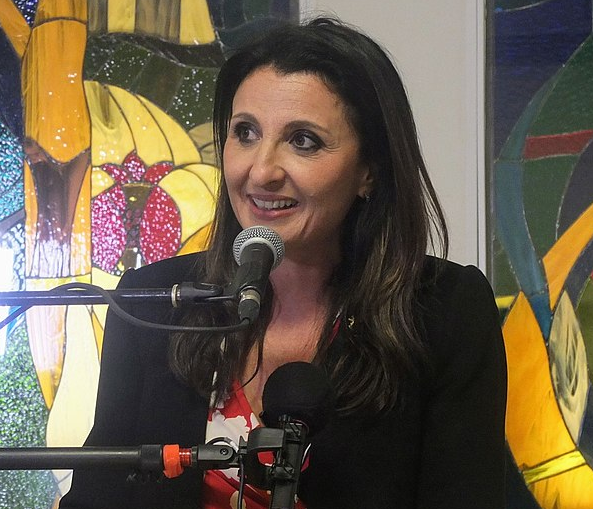 Jerusalem’s deputy mayor, Fleur Hassan-Nahoum, wants Britain to stop the flow of money to UNRWA if they do not remove the incitement to hatred against Israel and anti-Semitism from their textbooks, writes the Jerusalem Post.

Hassan-Nahoum attended a cross-party meeting of the House of Lords to discuss Britain’s recent £ 65.5 million grant to UNRWA for 2019-2020. Hassan-Nahoum pointed out that the Netherlands, Switzerland, New Zealand and Belgium have suspended their donations to UNRWA because of their corruption and incitement to hatred.

-Hamas has infiltrated UNRWA to such an extent that most teachers and the administration are made up of Hamas members. Hamas actually has representatives in all UNRWA schools to attract students to Hamas. The curriculum of the UNRWA schools is organized by the Palestinian Authority (PA). They call for hatred of Israel, anti-Semitism and the glorification of martyrdom, says Hasson-Nahoum. attack on an Israeli bus in 1978, in which 38 Israeli civilians including 13 children were killed. Infinitum News has previously written that Dalal Mughrabi was praised by the terrorist organization Fatah during their marking of being behind terrorist attacks against Israel since 1965.

Hassan-Nahoum has also discussed the poor quality of education in UNRWA schools in Jerusalem, where the level of education in Hebrew, English, mathematics and technological skills is insufficient and therefore does not give children a chance to get an education.

-I want all the city’s children to get the basic skills in school. It is unacceptable that UNRWA schools in East Jerusalem do not teach Hebrew and English. The low level of education means that students who leave school as 18-year-olds do not have an earthly chance to advance in the education system and thus their financial prospects do not look promising. The schools thus contribute to the children having an adult life in poverty, says Hassan-Nahoum.

Hassan-Nahoum added that a survey conducted by the municipality of Jerusalem shows that half of the Arab families in the city prefer the Israeli curriculum to their children.

-The Israeli curriculum is a proper and secular Arabic curriculum. It is not a Zionist curriculum. All we are doing is removing the incitement to hatred and adding Hebrew as a second language, says Hassan-Nahoum.

Hassan-Nahoum has suggested that donor countries impose some conditions in return for their assistance to UNRWA:
-Replace UNRWA’s curriculum with a secular Arabic-Israeli curriculum that allows students to learn sufficient Hebrew to work in Israel and thus get a higher income.
-Stop paramilitary training in UNRWA schools – make sure instead students get job skills and technological training.

until March, the Deputy Mayor will speak at the UN Human Rights Council, just as she has also raised the issue with the ambassadors of UNRWA donor countries in Israel.