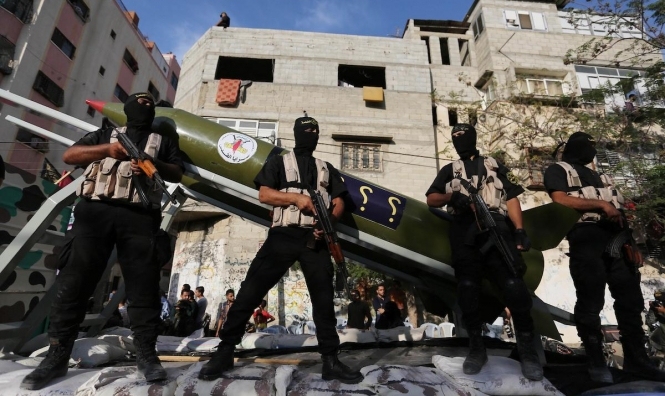 A prominent figure in the Palestinian terrorist group Islamic Jihad (PIJ) says they “received direct orders” from the late Iranian Quds leader Qassem Soleimani until he was killed in a US air strike – read more HERE. He also says that rockets delivered by the Iranians were used to attack Israel – read more HERE in Norwegian.

In an interview with the Iranian TV channel al-Alam in December, the secretary general of Islamic Jihad, Ziyad al-Nakhaleh, said that “nothing happened [in Gaza] without direct orders and supervision” from Iran, writes the newspaper Times of Israel .

Solemani must have been instrumental in the work of supplying Islamic Jihad with modern rockets and weapons. Rockets provided by Soleimani and Iran were used to attack Tel Aviv – read more HERE in Norwegian – Israel’s economic and technological center.

The Islamic Jihadist leader further says that Soleimani personally controlled and monitored the transport of rockets in “complex operations” from Syria, to Sudan and on to the Gaza Strip. Soleimani must have personally traveled to Sudan to ensure that the shipments of weapons were successful. Also read: Normalization between Israel and Sudan – a huge battle for Hamas and Iran.

In 2009, a convoy of trucks was destroyed during three airstrikes in western Sudan. The convoy is said to have carried Iranian long-range missiles en route to the Gaza Strip. In 2012, there was a mysterious explosion at a weapons factory in the capital Khartoum in which four people were killed. It is believed that it was an Israeli air strike against weapons that was on its way to Gaza.

Also in 2014, there was a major explosion in a Sudanese ammunition depot, in an alleged Israeli attack targeting weapons on the way to Palestinian terrorists. Also read: First Israeli ministerial visit to Sudan.

Soleimani must also have helped the Palestinians with access to experts who gave them instructions on how to produce their own rockets. In 2019, Islamic Jihad fired a rocket with an explosive head of 300 kilos against Israel – read more HERE in Norwegian.

The Quds Forces, which control Iran’s operations abroad, are part of the Iranian Revolutionary Guards. Soleimani was the top commander of the Quds Force from 1998 until he was killed during the US air strike in January 2020.

Until his death, Soleimani worked to threaten Israel – read more HERE in Norwegian .