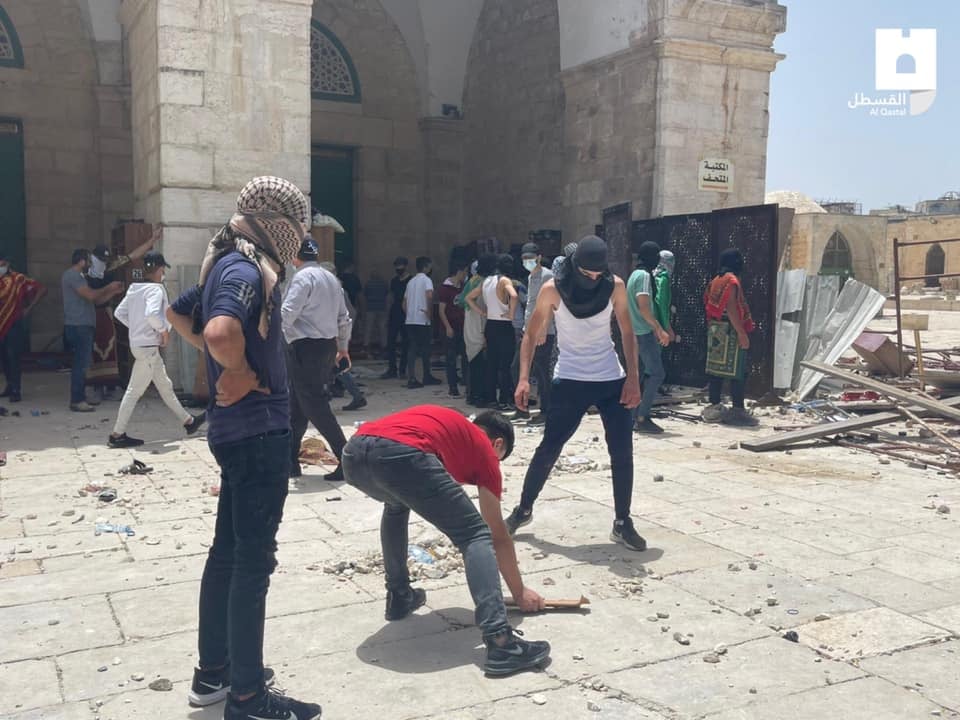 Monday afternoon is 300 Palestinians and over 20 Israeli policemen injured in violent riots in Jerusalem. Several hundred protesters have barricaded in and around Al-Aqsa Mosque on Temple Square, where they throw stones and shoot fireworks against Israeli police, write Times of Israel.

Also civil in and around the area have been injured in the riots. Among other things, a seven month Israeli baby hurt when the car she sat in was attacked by stone castors. More motorists in Jerusalem experienced being attacked.

General General Ghassan Alian (whom itself is grapes) and is responsible for the military’s contact with the Palestinians, has tried to dampen the tensions in the city by promising the Palestinians that Israel will make sure everyone has freedom to exercise their religion in Jerusalem. At the same time, he criticizes those who use Al-AQSA and elsewhere for riots and violence.

– Some of the involved sincerely believe that they protect holy places, but the facts are that they argue them, says Alian, who believes that the Palestinian authorities (PA), the terrorist group and other actors contribute to pouring gasoline to the fire .

– The involved being pursued and used cynical about those who want to escalate the situation and put the area on fire, by using violent and inflating language on social media and in the media in general, says Israeli Major General.

Also during the weekend, there has been very troubled in Israel. In addition to riot and stone throw, there have been rocket attacks, terrorist attacks and fire territor (explosive balloons). Read here.

Updating: At least 40 rockets fired today against more Israeli cities – among other things Jerusalem – read here. The case is updated – Follow Infinitum News and keep up to date.

Pictures on social media show how Palestinians The night to Monday had overall large amounts of stone together in and around Al-AQSA Mosque: