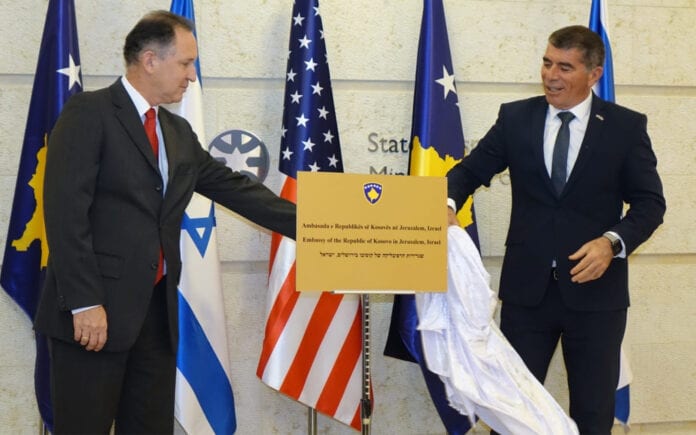 – I believe that the issue of our Embassy in Israel has finally clarified. Why is it finally clarified? Because I think we cannot involve in a diplomatic adventure and reassess something that is already determined, he says.

Kosovo established diplomatic relations with Israel on February 1 and in March both the first European country, and the first country of Muslim majority who opened an Embassy in the western part of Jerusalem.

Read also: The EU warns Serbia and Kosovo against moving their embassies to Jerusalem. suggests that it can affect their desire for EU membership.

Recently, Kosovo received a new government and the Turkish President, in this regard, sent a letter to the new Prime Minister Albin Kurti, where he asked the country reassess the embassy in Jerusalem. Erdogan warned that it could harm relationships between countries, but Kosovo refuses to bend for the pressure.

Foreign Minister Gervalla says Kosovo wants to strengthen the bands to Israel, but that they also want to have “a good friendship and good ties to the Palestinian authorities”.

So far, it has only been US and Guatemala who had an Embassy in Jerusalem, but several countries have opened up to move their embassies from Tel Aviv to Israel’s capital. Hungary and the Czech Republic have the Ambassade Office in the city – read more here.