Signature action: Demand that Jordan extradite the terrorist who killed Malki and 14 others 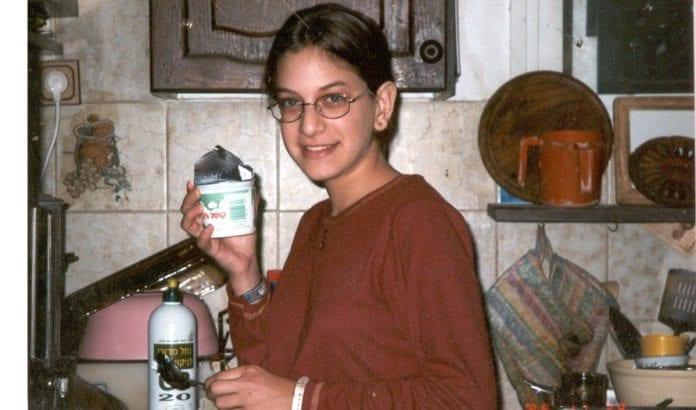 On August 9, it is 19 years since 29-year-old Palestinian suicide bomber Izz Al-Din Al-Masri entered the Sbarro pizza restaurant in Jerusalem with a guitar case on his back. But it was not beautiful tones he brought with him, but rather explosives that brought death and mutilation with him. The bomb of 5-10 kilos of explosives also contained nails, screws and bolts to ensure maximum human damage. The terrorist attack is also referred to as the Sbarro massacre.

When he detonated the bomb, the powerful explosion killed 13 Israelis, a pregnant American woman and a Brazilian woman. Seven of those killed were children. In addition, 130 people were injured.

Click here to put your signature – support the demand that Jordan extradite the terrorist to the United States.

It was the Palestinian woman Ahlam Tamimi who led the suicide bomber to the Sbarro restaurant, which is located in a busy area in the center of Jerusalem. The restaurant was full of people when the two terrorists arrived. Tamimi left the scene before Al-Masri detonated the bomb, but she later said she and other Palestinians cheered and felt great joy when they heard that many Israelis had been killed. Tamimi was imprisoned in Israel, but in 2011 she was released on a prisoner exchange in connection with the case of the Israeli soldier Gilad Shalit.

One of the victims was 15-year-old Israeli girl Malki Roth. Infinitum News has previously reported that the man who made the bomb, Abdullah Barghouti, receives 9,000 Norwegian kroner a month as a reward from the Palestinian Authority (PA), and that the terrorist salary is financed by Denmark and Norway. There is reason to believe that the PA’s payment of wages to the terrorist has increased since Infinitum News wrote about it.

Even today, Tamimi is proud of what she has done. In Jordan, she is a well-known TV personality and star on social media. (Tamimi is also a close relative of the girls that Operation Dagsværk in Norway and YWCA-YMCA Global used as icons for fundraising among Norwegian school students in 2018.)

Click here to read about how Danish aid to PA goes to terror against Israelis.

Now Malki’s parents, who are also US citizens, have started a signature campaign to demand that Tamimi be extradited from Jordan to the United States so that she can be sentenced in court.

Click here to put your signature – support the demand that Jordan extradite the terrorist to the United States.