AJC has made video about the Jewish people in Arabic 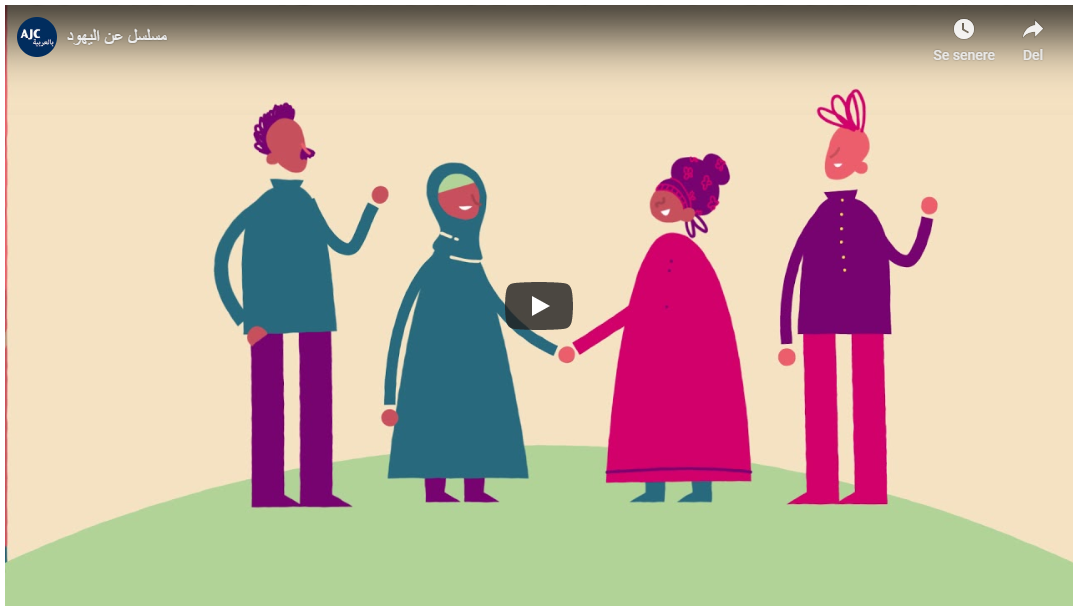 The American Jewish Committee (AJC) wants to engage the hundreds of millions of Arabic speakers in the world in a direct way. Thus, we hope to lay the foundation for closer ties between Jews and Arabs in the future, says AJC’s CEO David Harris, writes the Jerusalem Post.

The video series that can be found on Youtube is called An al-Yahud (about the Jewish people). The videos show Jewish life, Jewish history and current affairs, according to AJC.

The first video is a short animated film about Jewish history. The next video will be uploaded to YouTube in February.

-With the video series, we can reach out to the Arab world by telling about the history of the Jewish people from a Jewish perspective – something that many viewers may have never heard before. By using social media, we want to engage the hundreds of millions of Arabic speakers in the world in a direct way. In the Middle East, North Africa and the rest of the world and thus lay the foundation – we hope for a deeper bond between Jews and Arabs in the future.

The video series was launched less than a week after the AJC organized a visit to Auschwitz for the delegation of Muslim leaders.

You can watch the video here: