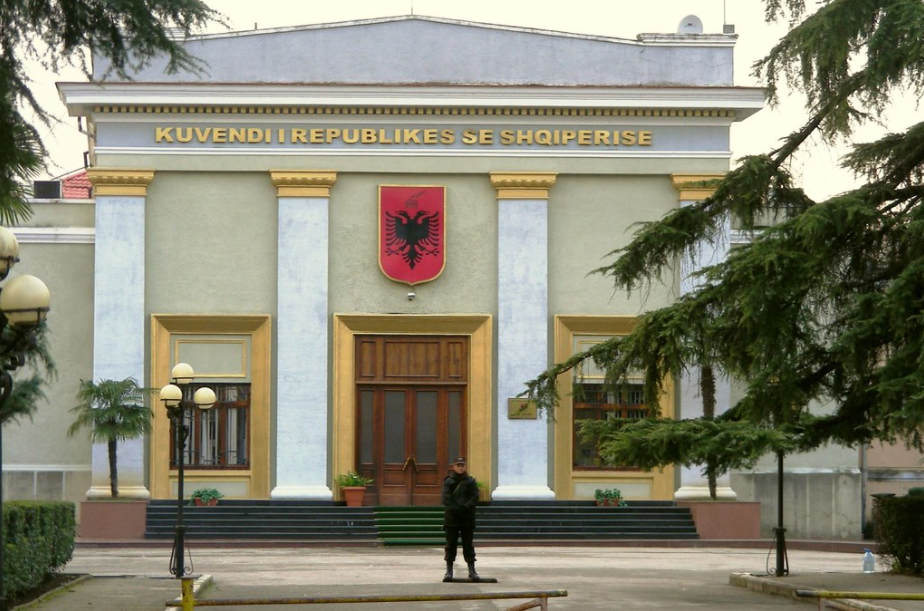 The Albanian parliament is following in Kosovo’s footsteps as the first Muslim country last month agreed to join the Holocaust Remembrance Alliance (IHRA)’s working definition of what anti-Semitism is – thus two Muslim-majority countries have decided to put an end to anti-Semitism. It writes the newspaper Israel Hayom.

Read MIFF’s articles on the IHRA’s working definition of anti-Semitism here.
Read also: 128 organizations from a number of countries, including MIFF, sent a letter to Facebook’s management on Friday 7 August in which we recommend the use of the IHRA’s definition in the fight against anti-Semitism.
Facebook’s response to MIFF: – Fighting anti-Semitism is an incredibly important topic, and something that I am very concerned about, writes Sheryl Sandberg, Deputy Director of Facebook, in a response to MIFF.
Read MIFF’s article on Kosovo and Serbia’s decision to open an embassy in Jerusalem.
Read MIFF’s article on the EU warning against Kosovo and Serbia’s decision to open an embassy in the Israeli capital.
And the article: – The EU will force their anti-Israel policy down on Kosovo and Serbia, even if they are not member states. Israel should treat the EU as they treat us, writes Eldad Beck.

IHRA definition of anti-Semitism says among other things:
– Anti-Semitism is a certain perception of Jews which can be expressed as hatred towards Jews. Verbal and physical manifestations of anti-Semitism directed at Jews or non-Jews and / or their property and at Jewish cultural and religious institutions. Read MIFF’s full (unofficial) translation here.

The decision was made by the Albanian Parliament together with the Combat Anti-Semitism Movement and the Jewish Agency, which also hosts the first forum against anti-Semitism in the Balkans at the end of October 2020.
Read about the history of Jews in Albania here.

It is good news that we, the Albanians and the peoples of the Western Balkans – a region that has little more than any other part of the world of the consequences of ethnocentric, religious-centered views and attitudes, endorse the liberating act from today’s civilization: the fight against anti-Semitism, Albanian Parliament Speaker Gramoz Ruci said in a statement.

– All nations that throughout history have protected Jews from extermination and today support them against stigma, today have good reason to be proud, Ruci continued.

– But we Albanians have several reasons to be proud – Albania is the only country in Europe where all Jews were protected and rescued during World War II. Our homeland, Albania, has been a home for Jews in difficult times, said Ruci.

– The positive model in Albania where everyone, regardless of background, religion or race, has always found a safe haven – even in the most difficult times under dictatorial regimes, is an inspiration to other peoples, said the Socialist Party’s parliamentary group chairman Taulant Balla in a statement.

– This was evident during World War II, when Albania opened its borders and granted asylum to Jewish refugees fleeing the Holocaust. The Albanian people to this day are proud of that justice and have always valued their relationship with the Jewish people, the United States and the state of Israel, Bella concludes.