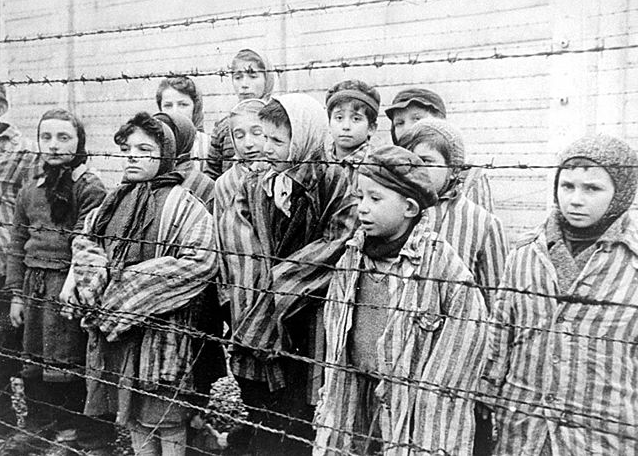 Today marks International Auschwitz Day. On that occasion, more than 200 Auschwitz survivors will gather with leaders in the former death camp to commemorate the more than 1 million Jews who were murdered there during the Holocaust, writes the Times of Israel.

The survivors will share their story and come up with a strong warning against the new global wave of anti-Semitism.

David Marks (93) from Romania survived Auschwitz and lost 35 family members in the death camp. Yesterday, David spoke with journal lists during his visit there:
-We want the next generation to know what we were exposed to and that it must never happen again, said David Marks.

From mid-1942, the Nazis systematically deported Jews from all over Europe to six camps – Auschwitz-Birkenau, Belzec, Chelmno, Majdanek, Sobibor and Treblinka.

The organizers emphasize that today’s memorial service focuses primarily on the survivors and their stories rather than big politics for which the 75th anniversary of the liberation of Auschwitz has been criticized.

“It’s about the survivors – it’s not about politics,” Ronald Lauder, leader of the World Jewish Congress, told AFP when he met a group of Auschwitz survivors in the former death camp.

Royals, presidents and prime ministers from almost 60 countries will attend the Auschwitz Memorial – none of the world’s leading leaders will attend. Israeli President Reuven Rivlin will also attend.

On the occasion of the 75th anniversary of the liberation of Auschwitz-Birkenau in Yad Vashem, the Holocaust Memorial Center in Jerusalem last Thursday, more than 40 heads of state from around the world attended. Denmark was represented by Prime Minister Mette Frederiksen.

Relations between Poland and Israel are strained and the celebration in Jerusalem was seen in Poland as a competitor to the International Auschwitz Day which is also celebrated in Denmark.

The Russian President, Vladimir Putin created anger after he accused Poland of collaborating with Hitler and contributing to the outbreak of World War II.

Polish President Andrzej Duda refused to attend the 75th anniversary of the liberation of Auschwitz in Jerusalem after he was not invited to speak while the Russian president was speaking. President Duda will speak today in Auschwitz.

The Allies already knew about the Holocaust in 1942
While the world first learned about the full extent of the Holocaust after the Red Army liberated Auschwitz on January 27, 1945, the Allies provided detailed information on Nazi Germany’s genocide against Jews much earlier.

In December 1942, the Polish government-in-exile in London sent a letter entitled “The Mass Extermination of Jews in German-Occupied Poland” to the Allies. The letter contained detailed accounts of the Holocaust from members of the Polish resistance movement. The international community did not believe in the information and the Holocaust was not stopped. To inform the Allies about what was going on in Poland, the Polish resistance fighters Jan Karski and Witold Pilecki risked their lives by infiltrating and fleeing death camps – including Auschwitz and ghettos in occupied Poland.

Did not believe the stories of the Holocaust
The stories of what was going on in Poland were considered Polish war propaganda.

– It was simply not believed that most reports were true, says the well-known Oxford historian Professor Norman Davies to AFP.

Despite the fact that the Polish and Jewish resistance movements demanded that the Allies bomb the railways leading to Auschwitz and other death camps, the answer was: – we have to concentrate on military targets, not civilian targets, says Davies who is an expert in Polish history.

-One of the targets that the British military bombed was a synthetic fuel plant near Auschwitz in 1943-44, Davis adds.

Although the Allies flew warplanes over Auschwitz-Birkenau, no order was given to bomb the death camp.

-It was one of the biggest crimes committed by those who did not care. The Allies knew what was going on here – they could have done something, but deliberately did nothing about it, 93-year-old Auschwitz survivor David Lenga told AFP.

Auschwitz-Birkenau was the largest of all Nazi Germany’s death and concentration camps and the one where most people were murdered – primarily European Jews but also Roma, Soviet prisoners of war and Poles.

From 1940 to 1945, Auschwitz was part of a large and brutal network of camps across Europe, built by the Nazis to carry out Hitler’s “Final Solution” – the genocide against the estimated 10 million Jews living in Europe at the time.

Here is Poland President with Auschwitz survivors in Auschwitz: