– Double standard against Israel is an example of anti-Semitism 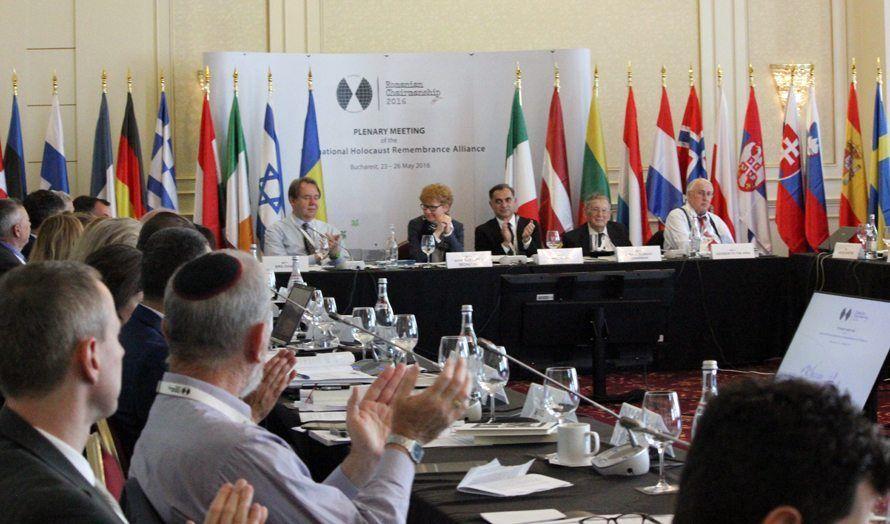 The International Holocaust Remembrance Alliance (IHRA) is an alliance of 31 member states, 10 observer states and 7 permanent international partners. Among the members are also Denmark, Norway and 23 EU countries.

On 26 May 2016, the IHRA unanimously adopted a non-legally binding working definition of anti-Semitism.

-IHRA hereby sets an example of responsible behavior for other international fora and hopes to inspire them to take action. to introduce a legally binding definition of work, said the now-deceased Romanian Ambassador Mihnea Constantinescu, who at the time held the rotating presidency of the IHRA.

The IHRA’s definition of work is based on a definition published by the European Union Monitoring Center (EUMC) more than ten years ago. As the definition was not formally addressed by the EUMC, it has since been removed, but it is available, for example, on the European Forum on Anti-Semitism website.

[Adopted by the IHRA in Bucharest on 26 May 2016. MIFF unofficial translation.]

”Anti-Semitism is a particular view of Jews that can be expressed as hatred of Jews. Verbal and physical manifestations of anti-Semitism directed at Jews or non-Jews and / or their property and at Jewish cultural and religious institutions. “

To assist the IHRA in its work, the following examples may serve as examples.

Manifestations may include attacks on the State of Israel, where it is perceived as a Jewish collective. But criticism of Israel similar to that directed at any other country cannot be considered anti-Semitism. Anti-Semitism often involves Jews being accused of conspiring with the intent to harm humanity, and is often used to blame Jews for “why things go wrong”. It is expressed in verbal, written and visual forms, and as actions, and uses vicious stereotypes and negative traits.

Current examples of anti-Semitism in public life, in the media, in school, in the workplace and in the religious sphere may be, depending on the context, but are not limited to:

– Encouragement, assistance to justify the killing or harm of Jews by reference to radical ideology or extremist religion.

– The use of false, dehumanizing, demonizing or stereotypical accusations about Jews as individuals or the power of Jews as a group, for example, but not only , the myth of Jewish world conspiracy or the myth of Jews controlling the media, the economy, the government or other social institutions.

– Accusations that Jews are collectively responsible for real or imagined mistakes made by a single Jew or Jewish group, or to and with acts committed by non-Jews.

– Denial of fact, the mechanisms (e.g. gas chambers) or intentions of the genocide of the Jewish people under Nazi Germany and its aides and all Allied during World War II (Holocaust).

– Accusations that Jews as a people or the state of Israel have fabricated or exaggerated the Holocaust.

– Accusations that Jews are more loyal to Israel, or over for the interests of the Jews internationally, than against their own homeland.

-Defusal of the right of the Jewish people to self-determination, for example by claiming the existence of the state of Israel is racist.

– Use of double standards by make demands on the state of Israel that are not made on other democratic states.

– Use of symbols and images associated with classical anti-Semitism (for example, accusations that the Jews killed Jesus or that they use non-Jewish blood in their rituals) to describe Israel or Israelis.

– To hold the Jews collectively responsible for the actions of the state of Israel.

Anti-Semitic acts are criminal if defined legally (for example, Holocaust denial or distribution of anti-Semitic material in individual countries).

Criminal acts are anti-Semitic if the target of the attacks, whether people or objects, such as properties, schools, places of worship or burial sites, are chosen because they are perceived as Jewish or associated with Jews.