“Palestine is our country and the Jews are our dogs” 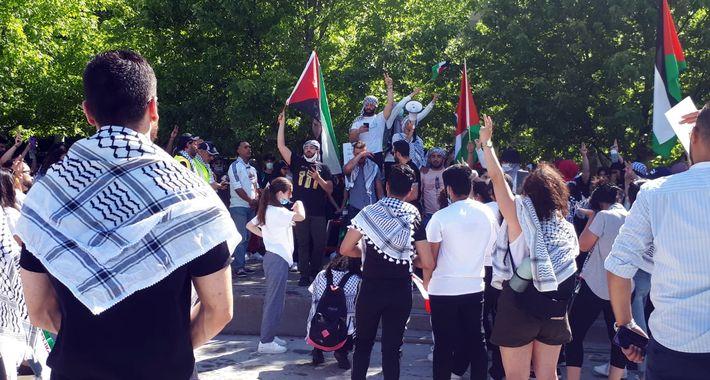 Palestine is our country, the Jews are our dogs! Palestine is our land, the Jews are our dogs! This is how the Muslim Arabs who looted and ravaged the Jewish quarter in Jerusalem’s Old City in April 1920 shouted. Five Jews were killed and over 200 wounded by the riots. The leading leaders were no more concerned with the independence of Palestine than they were with supporting becoming part of Syria.

One hundred years ago, there were about 90,000 Jews in the area that Britain had conquered from the Ottoman Empire. The Jews had no state, no powerful army, and could not be condemned for occupying or annexing a single square meter. Yet their presence in the area was met with hatred and violence from their Arab neighbors.

Historical Facts About Palestinian Terrorism Before and After 1948
According to Myth , the Palestinians launched intifada and terrorism in response to Israeli occupation and settlements. The story is factually completely different . There were attacks on Jews in the 19th century , when the area was still under Ottoman control and Jewish immigration had not begun. There was terror against Jews in the decades before Israel’s state formation in 1948. There was still terror inside Israel before Israel conquered the West Bank and Gaza in a legal defense war in 1967. Suicide bombing came in a row as Israel withdrew from Palestinian cities in the 1990s. The second intifada started in the autumn of 2000, despite Israel offering almost complete withdrawal from the West Bank and all of Gaza. According to myth , Israel will destroy a two-state solution by asserting sovereignty over parts of Judea and Samaria.

The myth is based on a false premise that Israel can easily have peace if only they withdraw from land. Sinai, Lebanon and Gaza are key words that should be enough to dispel that myth. What if Syria could have used its weapons – as they did in 1982 and from 2011 to kill hundreds of thousands of their own people – to bomb northern Israel from the Golan Heights?

No, peace must be based on something deeper than Israel relinquishing land in exchange for a signature on a piece of paper. The peace must build a basic acceptance among the neighbors that Israel – a state with a Jewish identity and a clear Jewish majority – has come to stay in the area. All talk of “peace” and “justice” in the Middle East without such clear acceptance must certainly be rejected.

Israel’s two closest neighbors express their views on Israel’s existence in slightly different terms. “Islam wants to eliminate Israel,” the Hamas regime in Gaza states in its political program (charter). Fatah, which controls the Palestinian Authority (PA) in Ramallah, continues to use a map where Israel has been wiped out and the ENTIRE area from the Mediterranean to the Jordan River is “Palestine”. They are celebrating their anniversary in memory of their first armed attack on Israel – when terrorists tried to hit the drinking water supply of hundreds of thousands of Israelis.

Several Danish unions are also part of the “fine” company
It was not only in Canada on July 4 was marked as such – in Denmark we can “breast” ourselves of 3F Palestine Network which co-organized a similar demonstration at “Palestine Square” in Copenhagen – read MIFF’s article about the demonstration here.

Subsequently, several unions have joined the same falsification of history and demonization of Israel. They have even signed a letter to the Danish government – the letter states, among other things: “We demand that the government impose sanctions on Israel as long as the occupation continues and as long as they continue their plans to annex the West Bank.” and “But enough is enough. Therefore, we urge all our colleagues to raise the issue in their unions and clubs so that they take a stand and demand action. The government has so far proved to be directly toothless when it comes to responding to it. Israel’s human rights abuses and crimes. Our unions are some of the largest communities we have and through that we can pressure our government to respond. “

Here is the letter and the list of signatories. Is your union involved?