The two faces of anti-Semitism 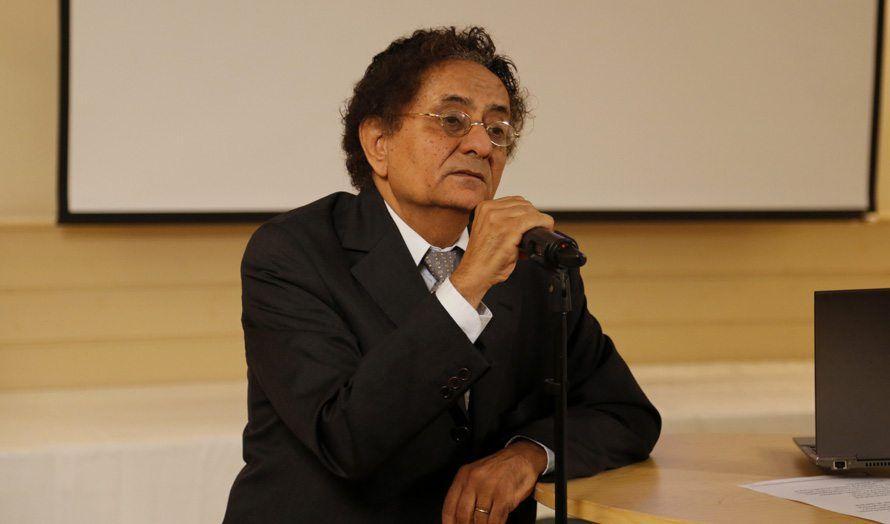 Today’s Europe has two faces. On the one hand, the European Court of Human Rights (ECHR) ruled last week, almost without mentioning Israel, that denial of the Holocaust is not part of freedom of expression or a human right, writes Ben-Dror Yemini in Yediot Ahronoth.

The proposal was made by Udo Pastörs – a member of the German far-right NPD party, who has previously been convicted of his hate speech in court.

On the other hand, anti-Semitism continues to show itself , and this Yom Kippur led it, among other things, to an anti-Semitic attack on a synagogue in Halle, Germany.

What is anti-Semitism? Currently, that is the question on everyone’s lips in Germany.

Recently, neo-Nazis marched in the streets of Dortmund, calling on the Palestinians to annihilate Israel.

Meanwhile, there is a debate over whether the BDS campaign is anti-Semitic. The German Bundestag already decided a few months ago that the answer was yes. Many other European countries did the same, adopting the same definition of anti-Semitism.

The debate intensified following a series of decisions linking political or racist attitudes to freedom of expression and creativity.

What would happen if a city in Germany would award a prize to Pastörs for his literary work, and it would only afterwards turn out that he was an activist in an anti-Semitic movement ?, Yemini asks.

Would it be right to deprive him of the prize because of his opinions, even if his works receive cultural recognition?

This is not a theoretical question. Dortmund Municipality canceled an award given to a British author of Pakistani origin, Kamila Shamsie, because it turned out that she supports BDS. This action was met with protest, especially in the UK.

Several days passed and the municipality of Aachen canceled a prestigious award for the artist Walid Raad, after it turned out that he also supports BDS.

German-Israeli singer Nirit Sommerfeld was warned that her performance would be canceled or stopped if she expressed similar political views.

Sommerfeld signed a protest demanding the repeal of the Bundestag decision, and she supports a boycott of Israel.

This summer, the Open Source music festival canceled the concert of American rapper Talib Kweli after he refused to distance himself from BDS.

Such incidents cause the debate to escalate. According to Yemini, such actions against artists are useless because Shamsie, Raad, Sommerfeld and Kweli are convinced that they are enlightened people who work for human rights.

Most of their friends in cultural, literary, and artistic circles support them, and they have a hard time understanding why a person is denied an award for “acting for justice for the Palestinians.”

They’re sure they do not belong to Pastör’s Holocaust denial. The one you enlightened; he is not, writes Yemini.

It is important to emphasize that there is no difference between neo-Nazis demanding the annihilation of Israel and the leaders of the BDS movement – their position is exactly the same.

The definition of anti-Semitism is important, and the same is the decision of the Bundestag, but it is much more important to educate people that the claim that the BDS campaign fights for justice is one of the biggest scams in modern times.

The leaders of the BDS, Omar Barghouti, Ali Abunimah and As’ad Abu Khalil, admit that the goal is the annihilation of the state of Israel.

What the Iranian leaders, Hamas and the neo-Nazis say in a barbaric way, BDS leaders say in a much more sophisticated way.

“The end of the Israeli occupation has no bearing,” said Palestinian-American political commentator Ahmed Moor. “The goal is the destruction of the Jewish state.”

This is a campaign aimed at destroying one nation out of every country in the world – if it is not anti-Semitism, then what is it?

Some BDS supporters support the idea of ​​self-determination for both an Israeli state and a Palestinian state, but they are the useful idiots in the campaign whose leaders oppose that position, Yemini writes.

They do not support a fair dialogue and freedom of expression, on the contrary – they hold other opinions.

They come to conferences – even those in which Israeli speakers working for peace participate.

There is nothing wrong with criticizing Israel, but BDS is not criticism, and the fact that good people support it is a warning to any democratic society where lies rather than the truth prevail.

Most BDS supporters know that Holocaust denial and the call to destroy Israel by neo-Nazis are manifestations of anti-Semitism. It’s time they realized that similar calls from BDS leaders are also anti-Semitism.

You can read more of MIFF’s articles on BDS here .