Do the Arab countries really support the Palestinians? 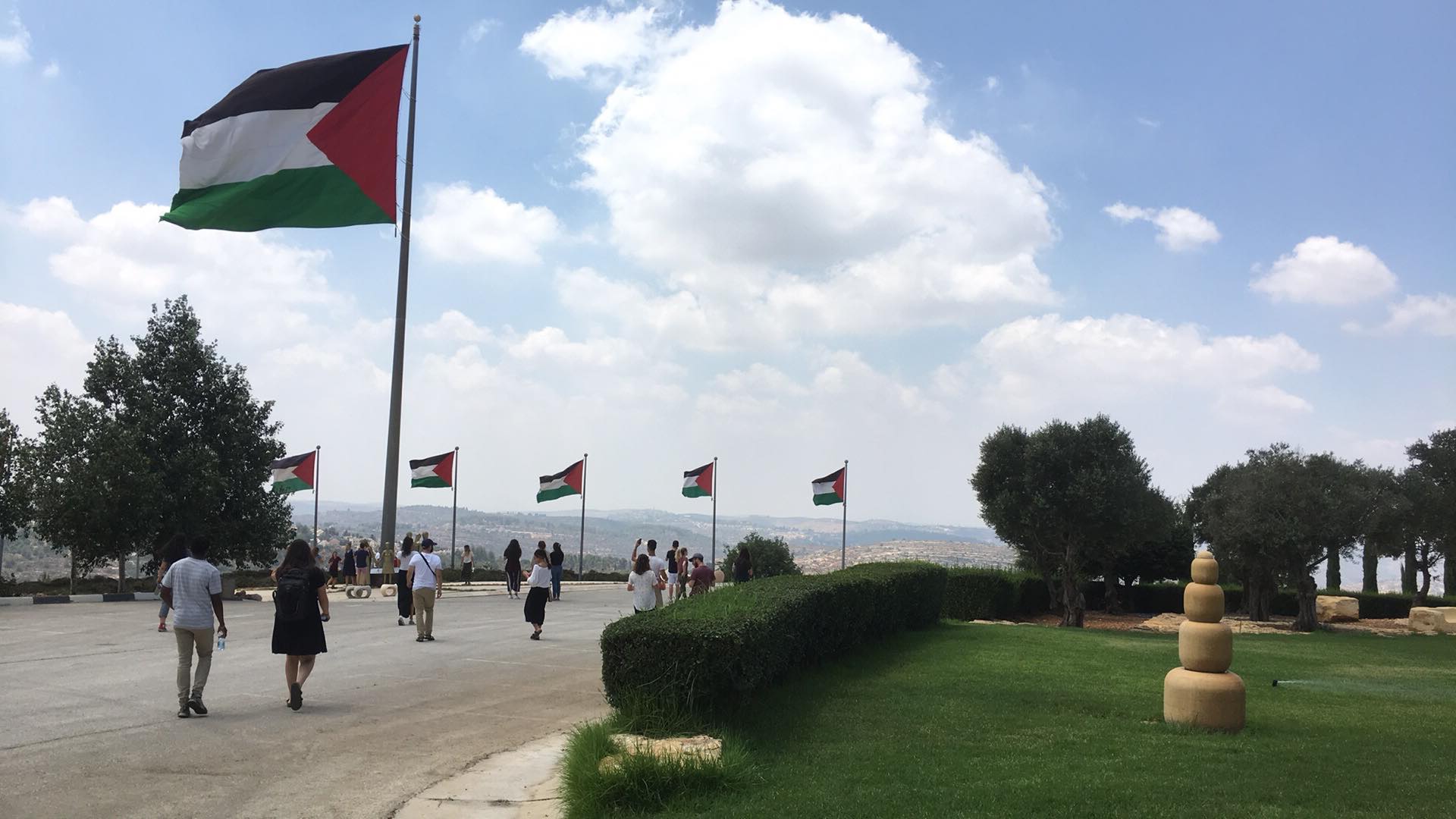 Dr. Mordechai Kedar is a senior researcher at the Begin-Sadat Center for Strategic Studies. He has served in the Israeli army for 25 years in the IDF’s military intelligence service specializing in Syria, Arab political discourse, Arab media, Islamist groups and Israeli Arabs. Kedar is an expert on the Muslim Brotherhood (from which the terrorist group Hamas springs) and other Islamist groups, writes the newspaper The Algemeiner. Read also at the Begin-Sadat Center for Strategic Studies.

Here is Kedar’s assessment of the Arab countries’ attitudes toward the Palestinians:

Israel’s success despite all odds creates Arab hatred
The Arabs’ hatred of Israel stems from the Jewish state’s success in surviving despite all the odds – wars, terror, boycott and constant enmity. The hatred stems from the fact that a Jewish state exists at all, even though Judaism, according to the Muslim view, was replaced by Islam, which they consider to be the “true religion”. Their hatred is amplified by other obvious differences: Israel is a democracy, while many Arabs and Muslims live under dictatorships, Israel is rich, while many Arabs and Muslims are poor, Israel is a paradise compared to several Arab countries. In short, they despise Israel because they have succeeded in areas where the Arabs have failed.

But why should they hate the Palestinian Arabs? According to the Arab myth, Palestinian land was stolen and they were forced to become refugees – so they deserve the full support of the Arab countries, right? The answer is complicated, writes Kedar. It is a Middle Eastern culture that neither all Israelis nor most Westerners fully understand or recognize.

In Arab eyes, cheating is the worst thing one can be exposed to
One of the worst thing to experience in Arab eyes is to be cheated, deceived or exploited, writes Kedar. If someone tries to cheat an Arab – and even worse, if he succeeds – the Arab victim will be furious – even if the cheater is his own cousin. He will urge his brother to take revenge on his cousin in line with the Arabic proverb: “My brother and I against my cousin – and my brother, my cousin, and I against a stranger.”

Most Palestinians are NOT native Palestinians – they are immigrants who came to the land of Israel from all over the Arab world under the British mandate to find employment in the cities and farms that the Jews had built. Immigrants still have names like Hourani (from Houran in southern Syria), Tzurani (from Tire in southern Lebanon), Zrakawi (from Mazraka in Jordan), Masri (the Egyptian), Hijazi (from Hijaz province in the Arabian Peninsula) , Mughrabi (from Maghreb) and many other names that point to their true geographical origin. Why, the other Arabs ask, should they receive special treatment at the expense of the Arabs who remained in their original lands?

Israel’s War of Independence – Turning Point in Arab Politics
After Israel’s War of Independence in 1948, the Arab world began to concentrate its policies on Israel and the “Palestinian problem” – the solution was to be achieved by eliminating Israel and simply removing the infant Jewish state from the map. In order to succeed in the mission, the Arab “refugees” were kept in camps with explicit instructions from the Arab League that they should be kept there and not integrated into other Arab countries..

UNRWA keeps the pot of conflict boiling
The UN agency UNRWA provided them with food, education and medical care free of charge – that is, the world community paid the bill, while the Arab neighbors to the eternal “refugees” themselves had to work to provide food, education, and medical care for their families. “Refugees” who were provided with free foods such as rice, flour, sugar and oil often sold some of it to their Arab non-refugee neighbors and made good money on it. Read MIFF’s articles on why UNRWA is part of the problem rather than part of the solution.

The residents of the refugee camps do not pay municipal taxes. The tax exemption has led to a significant number of “refugees” renting out their homes and to high rents compared to those renting apartments in nearby cities. In other words, the world subsidizes the taxes of the refugees, while the refugees fill their pockets.

In Lebanon, several refugee camps were built near Beirut, but they were incorporated into the expanding city and then transformed into luxurious high-rise neighborhoods. Some made a lot of money on that scam, and it was not the Arab man on the street – so he has every reason to feel cheated, writes Kedar.

“Black September” in Earth
In Jordan in 1970, Palestinian terrorist organizations, led by PLO leader Yasser Arafat, sought to take over the country by establishing their own autonomous regions in the north, complete with roadblocks. and armed Palestinian Arabs who challenged the monarchy. In September 1970, known as “Black September”, King Hussein decided he had had enough and wanted to show them who was the boss of Jordan. The war he declared against them cost thousands of lives on both sides. Also read MIFF’s article on Danish tribute to the Christian, Palestinian terrorist Theresa Halsas as the last surviving member of the group Black September who hijacked Sabena plane 571 in 1972. Black September was also behind the Munich massacre of Israeli athletes during the Summer Olympics in Munich in 1972. p>

At the same time in Israel, 20% of the population within the borders before 1967 are “Palestinian” Arabs who do not rebel or fight against the state. In other words, the “Palestinians” who lived in Israel before 1967 enjoy life in the only democracy in the Middle East, while the Arab countries sacrifice the blood of their soldiers to liberate “Palestine”. Many Arab soldiers have been exploited with their lives as a contribution to the meaningless cause, writes Kedar.

What’s even worse and what every Arab knows, writes Kedar – Palestinian Arabs have sold land to Jews for at least a century and made huge sums of money on it – then they complain to their Arab brothers and ask them to liberate “Palestine” from it “Zionist occupation.”

International aid – lucrative deal for the Palestinians
Over the years, the Palestinian Arabs received many billions of euros and dollars from the nations of the world, so the annual income per capita per capita is several times larger than the Egyptian, Sudanese or Algerian man or woman in the street. Their lives are many times better than those of the Arabs who have lived in Syria, Iraq, Libya and Yemen – in particular over the last seven years.

Arafat supported Iraq’s invasion of Kuwait
In the political arena, the Palestinians have managed to arouse the hatred of many of their Arab brothers. In 1990, Arafat supported Saddam Hussein’s Iraqi invasion of Kuwait. In retaliation, after liberating the Iraqi conquest, Kuwait expelled some 400,000 Palestinians, most of whom had lived in the Gulf state for decades – leaving Kuwait in poverty. This led to an economic crisis for their families in the West Bank and Gaza, who had received regular financial assistance from their relatives in Kuwait.

“Palestine” – excuse for Shiite takeover of Lebanon
Despite the 1989 Taif agreement which ended the civil war in Lebanon and was to lead to the disarmament and dissolution of all Lebanese militias Syria the Iranian-backed terrorist organization Hezbollah to retain its weapons and unhindered develop its military power. The repeated apology was that the weapons were intended to “liberate Palestine” and would not be aimed at the Lebanese. It is logical for caged hens, Kedar writes, that Palestinian history was an excuse that covered up the sad truth that the weapons should be aimed at Hezbollah’s Syrian and Lebanese enemies. “Palestine” was simply an excuse for Shiite takeover of Lebanon. Read about the difference between Shia and Sunni Islam here.

Palestinian demands hamper peace in the Middle East
Worst of all is the Palestinian demand that Arab countries avoid any relationship with Israel until the Palestinian problem is resolved to the satisfaction of the PLO and terrorist group Hamas leaders. A large part of the Arab world cannot see common denominators that can unite the PLO and the terrorist group Hamas. When they saw that their endless quarrels ruined the chances of progress in relation to Israel, the Arab world abandoned the belief that an internal Palestinian reconciliation was possible, Kedar writes.

To sum up the situation, the Arab world – the part that sees Israel as the only hope in dealing with Iran – does not appreciate the expectation of having to bet their future and existence on the internal power struggle between the PLO and Hamas. And let us not forget that Egypt and Jordan have signed peace agreements with Israel, have moved around the “liberation of Palestine”, left their Palestinian Arab “brothers” and left them to tackle the problem themselves. Read MIFF’s articles on PLO here.

A large part of the Arab and Muslim world is convinced that the “Palestinians” do not actually want their own state. After all, if that state were created, the world would stop paying the fixed huge sums. There would be no more “refugees,” and Palestinian Arabs would have to work like everyone else does. How can they do this when, for several generations, they have become dependent on receiving very large sums of aid in aid without being required to do so? Palestinian Authority to compile jihad curriculum which, among other things, calls on Palestinian schoolchildren to become suicide bombers and kill Israelis: See how Palestinian authorities spit in parliament and government

It can be said with certainty that the Arab world, here 72 years after the creation of the “Palestinian problem”, has realized that no solution will satisfy those who have made “refugeeism” a very lucrative profession. The “Palestinian problem” has become an emotional and economic scam that only serves to enrich the corrupt leaders of Ramallah and Gaza.

If you also think it’s time to do away with Danish aid that is being abused by the Palestinian Authority to train Palestinian children in hatred and commit terrorist attacks against Israelis, pay salaries to convicted terrorists with Israeli lives on their conscience – the list of misuse of Danish tax dollars is long.
Share the article, comment on it below – let us know your opinion!
Join Infinitum News here and get FREE membership for the rest of the year by paying for 2021 now a gift to Infinitum News here – help us stand up for Israel.
Thank you for your support!