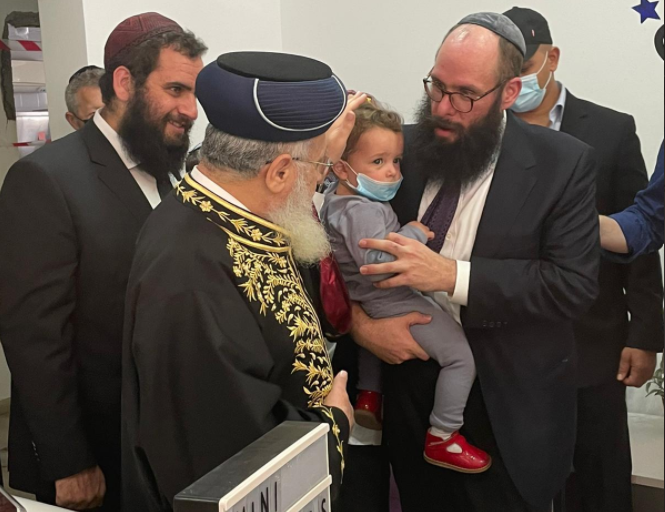 It is not only Israeli tourists and companies who make pilgrimages to the Emirates.

Jews also settle in the Gulf state, one of them is Alec Sellem who moved to the Emirates in February, writes the newspaper Jerusalem Post.

– We were tired of Europe and did not feel safe, says Sellem.

In the Emirates he found a country with a visionary leadership, security and embracing inhabitants.

Sellem says he is impressed with the messages from the emirate government which show Jews as an integral part of the many religious minorities in the country. Hotels also offer kosher food, which has great symbolic value. Read more about kosher food in the Emirates HERE.

– Knowledge of Jewish life and culture is limited because there is no Jewish history here. We wanted to have a center and an education program, says Sellem.

– Basic values ​​and principles must be learned. We will base it on a model in the United States, a Jewish secular kindergarten. There will be high academic standards and we will be able to accommodate different languages, such as French, English, Arabic and Russian, so that they [parents] can choose an additional language and be taught by natives. That was what we did, and it is the first Jewish kindergarten in the Emirates and in the Gulf, says Sellem.

– We want to bring children together in a happy, tolerant and open environment that welcomes everyone.

also be a center for Jewish identity like the Abraham Miracles Center for teens and adults. Sellem hopes to collaborate with pioneering Israeli NGOs in areas such as agricultural technology.

– We will invite high-profile speakers to give lectures to young and old about the relationship between Israel and the Gulf states, says Sellem.

They will also look at the diversity of Jews today in the world
.

– This is where we start in two tracks – first and foremost is education to form a strong identity and to create understanding for Jews and about Jews, says Sellem.

There will be a kosher kitchen and the center will grow organically, Sellem adds.

The Jewish community in the Emirates was discreet before, but now Sellem has set a Chanukkah stage outside.
– Since I came here, I have felt comfortable, and our congregation has to adapt because many tourists come, Sellem explains.

– Rabbi Duchman says that he holds Shabbat every Friday night in hotels, and all seats are occupied, and there is almost a waiting list of people who want to participate in Shabbat. So the challenge is to find the balance of what we need here and now, and what we need going forward, and to make sure that we take care of the congregation and the tourists and that they all feel welcome.