The Arab world is no longer united against Israel 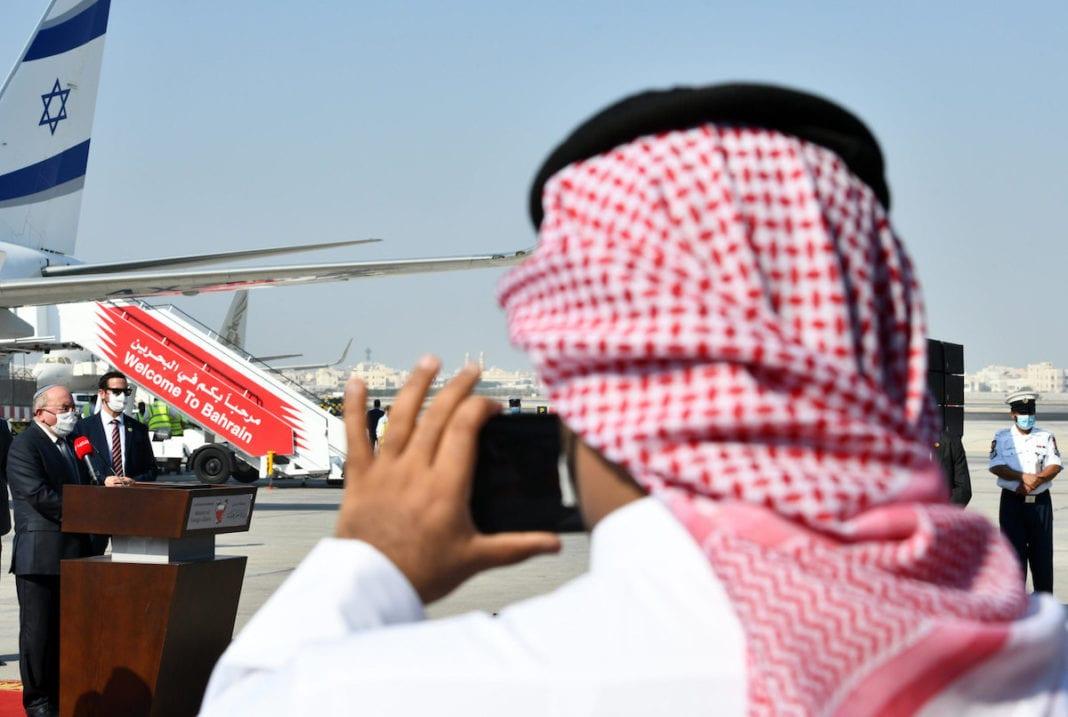 For years, it has been widely accepted that there is an “Arab world”. The Arab world had a unifying institution in the Arab League, with Arab summits and a more or less uniform agenda centered around the desire to see Israel disappear in favor of a Palestinian state.

“Now the last element belongs to the past,” writes Professor Mordechai Kedar in a post at The Begin-Sadat Center for Strategic Studies. Kedar is a former lieutenant colonel in the Israeli army (IDF) and is, among other things, an expert on Arab affairs, Arab countries and Islamist groups. Also read MIFF’s article; Do the Arab countries really support the Palestinians? – There are several reasons why neither the Arab world nor the Palestinians want a state – why kill the “refugees” the goose that lays golden eggs? Writes Dr. Mordechai Kedar.

Kedar believes it has been several years since the “Arab world” has been what it once was. Today, the two hostile coalitions are fighting each other with great perseverance and without any sympathy for the human losses on the other side.

«One coalition consists of Iran, Iraq, Syria, Lebanon, Yemen, Qatar and Gaza, which are supported by Turkey, Russia and China. Opposite them is the second coalition, which consists of Saudi Arabia, the United Arab Emirates, Bahrain, Egypt, Jordan, Morocco, Sudan and Israel, supported by the United States. The other Arab countries are somewhere between the two coalitions, “writes Kedar.

Israel has been added to Saudi Arabia’s coalition because – and only because – in recent years it has proven to be the only country in the world capable of repeatedly inflicting Iranian or pro-Iranian forces. powerful blows in Syria. The Saudi coalition has noted with interest that, with the exception of a single incident in Iran, it appears that they are afraid of striking back at Israel. Israel has thus achieved an effective deterrent to Iran.

For the sake of comparison: Do you remember that Iran attacked Saudi Arabia’s oil production and paralyzed a significant part of the kingdom’s oil industry? Did we hear anything about a response from Saudi Arabia? Did we hear about any country’s response to Iran’s attacks on oil tanks in the Persian Gulf or the Red Sea? Is Saudi Arabia at all capable of deterring Iran when the Saudi army has failed in its attempt to destroy the Houthis in Yemen? ”

Iran’s aggressive behavior towards Arab countries has led to Israel, which was previously seen as the “problem”, suddenly becoming part of the solution.

It turns out that there are things that are more important to many countries than a solution to the “Palestinian problem”. This means that the biggest losers in the great division in the Arab world are the Palestinians, and along with all of them who believed that Israel would be perceived as the ultimate enemy of the Arabs until the problem was resolved to the satisfaction of the Palestinians, “writes Kedar. > At the same time as the Arab world as a unit is being disbanded, hostility to Israel has also become a saga just for many of the countries.

«There are several reasons for the marginalization of the Palestinian question. The first is that Iran has grown to become an existential threat, while the Israeli-Palestinian problem is not an existential threat to anyone.. The second is the behavior of the Palestinians over the years and especially in recent times. The people of Saudi Arabia and the Emirates remember well that Yasser Arafat supported Saddam Hussein when the latter invaded Kuwait in 1990 “, writes the former lieutenant colonel and continues:

At the same time, major changes are taking place in many Arab countries. The younger generation of Arabs did not experience the “Palestinian nakba” [the creation of the state of Israel] and it is not part of their historical memory. The “Arab Spring”, which led to the collapse of regimes and economies and the rise of Islamic State (IS), sent millions of Arabs out in great distress, to refugee status, poverty and suffering far from home. The fact that the Palestinians expect them to fight for the “liberation of Palestine” is not the Arabs’ biggest concern.

“When it comes to Palestinian behavior, it’s an interesting case. One of Israel’s harshest critics is Jamal Rian, who is the mastermind behind Al-Jazeera and their news broadcasts. Born in Tulkarem on the West Bank, he moved to Jordan and became a prominent activist in the Muslim Brotherhood. It was recently revealed that Rian’s father was one of the landowners who, before the establishment of the state of Israel, sold large tracts of land to Jews. “Which Arab wants to be a ‘loser’ and fight against Israel to free up land for Jamal Rian that his father sold to the Jews, a transaction that has not harmed his son financially,” Kedar writes.

Another factor that speaks against the Palestinian narrative is the enormous growth in the use of social media. Today, every Arab can see for himself the truth about Israel without having to rely solely on the propaganda of his own authorities. Automatic translation (Google Translate) means that they can read news on Hebrew websites, even if they do not understand a word of Hebrew. This makes it much more difficult for the Palestinians to sell “their problem” than it was before. Many Arabs are now deliberately mispronouncing “the Palestinian problem” in order to express their contempt.

«The Arab world in 2020 differs in many ways from the Arab world in 2000. It did not become a« peaceful new Middle East »as many envisioned, but rather the opposite: a region that is violent, divided, full of failed states and plagued by mass killings. But the unfortunate development works in Israel’s favor. There is still a lot of hatred against Jews and the Jewish state among Arabs, it must be recognized and fought. And there are still hundreds of thousands of rockets that surround and threaten Israel. Still, the trend is clear “, writes Kedar, before concluding with the following:

“Peace and normalization between Israel, the Emirates and Bahrain are evidence of the collapse of the old theories that allow the Jewish state to be accepted as a member, not as an enemy, in the” right “coalition.” p>