Ceasefire came into force at 04:30 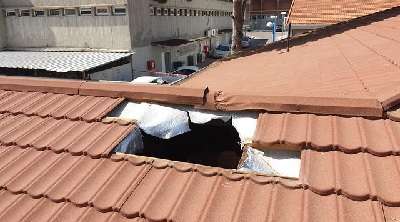 (06/05/2019) – Egypt has succeeded in persuading Hamas to accept a ceasefire with Israel. The ceasefire was to take effect today, at 04:30 in the morning (Israeli time, 03:30 Danish time) and for once it seems to be respected. Hamas and Islamic Jihad have probably run out of rockets.

In these two days, Gaza has fired just over 700 rockets at Israeli civilian targets. It has cost four Israelis their lives, wounded 121, four of them seriously.

Yesterday, during one of Tsahal’s precision attacks, Hamed Ahmed Khudari, who is responsible for transferring Iranian money from Iran and to Hamas and Islamic Jihad, was taken out of the game (see Tsahal’s video here).

In Israel, there is more and more dissatisfaction with Bibi’s strategy. In particular, it has been noted that during these two days of attacks, he has not spoken on television or on the radio. He has been quiet and the people could have used some comforting words. (Cyril Malka – The Missing Link)

There is an incredible amount of propaganda against Israel in the media.

The vast majority of Europeans bother not to find out what is happening because the current propaganda is playing on an old-fashioned principle: Anti-Semitism. Jews poison wells, steal water, kill children, steal land, etc.

That page is “The Missing Link”, the missing link. Here I will put facts against propaganda, history against novels, news against deception. There are also background articles and analyzes.

Since I was born in France and live in Israel, there will be misspellings in my articles. It will do no good to grumble about it. However, you are welcome to submit corrections.