900 immigrants in March despite the Corona crisis 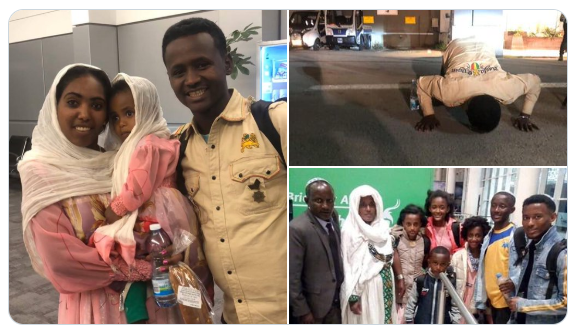 Ca. 900 new immigrants (olim) have arrived in Israel during March despite the Corona crisis, says the Jewish Agency, which expects the number to rise to approx. 1,000 olim before Jewish Passover (Pesach), writes Jerusalem Post.

Jewish Agency continues to bring new olim to the country “in a controlled and limited number” in cooperation with the Ministry of Aliyah and integration.

In coordination with the Ministry of Health, the Jewish Agency has introduced a comprehensive emergency procedure in connection with the arrival of the new olim in order to absorb them safely in Israel.

In practice, this means that all olim on arrival must sign a declaration that they are in immediate quarantine for 14 days. The Jewish Agency, the Aliyah Ministry, and local authorities keep in touch with all olim to provide ongoing assistance.

The Jewish Agency has also set up an immigration hotline staffed by multilingual professionals who provide guidance and assistance to any oleh, even before arrival. in Israel.

According to the Jewish Agency, the current aliyah (immigration) consists of individuals and families rather than organized groups of olim. The exception was aliyah from the United States and Ethiopia.

Earlier this week, 72 olim arrived from Ethiopia after the government in February decided to approve aliyah of 398 members of the Falash Mura community to Israel. The Jewish Federations of North America, the Keren Hayesod-United Israel Appeal and the International Christian Embassy Jerusalem helped with the funding.

62 immigrants came from the United States with Nefesh B’Nefesh.