Berlingske and TV2 jump on blood charges against Israel 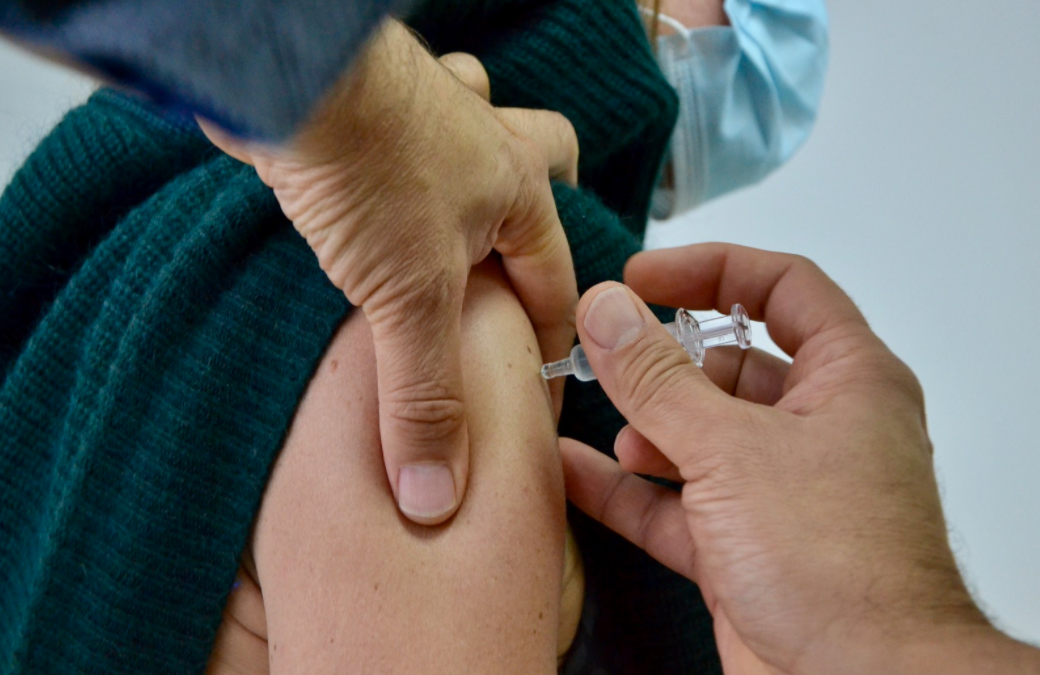 There has hardly been a period in recent times where Israel has been as widely covered in the Danish media as now. Under normal circumstances, the Danish media focus on the Palestinians ‘side of the conflict and the Danes therefore often do not get access to read about the Israelis’ side. For example, Danish media obviously do not think it is relevant to inform Danes about how terrorist groups such as Hamas since 2007 the terrorist group has had an iron grip on the Gaza Strip, purposefully trying to annihilate Israel by, for example, firing several thousand rockets into Israeli cities, read more HERE. The Danish media obviously also do not think it is relevant to inform Danes that Hamas prioritises spending DKK 1 million. of dollars on producing advanced missiles and building offensive tunnels into Israel rather than ensuring that the Palestinian people have their need for medical assistance covered. Danish media do not mention that Qatar sends several million every month. dollars to Hamas – why are there no Danish journalists who find it relevant to investigate what the money goes to? Read more about Qatar HERE.

The Corona crisis has turned everything upside down – including Danish coverage of what is happening in Israel, but things are going wrong in the Danish media when it comes to facts. On December 29, 2020, Berlingske Tidende claimed that Palestinian prisoners in Israeli prisons would not be offered the Corona vaccine – read HERE. After the Israeli embassy in Denmark drew attention to the factual errors in the article, Berlingske chose to correct it – read MIFF’s article about the case HERE.

Berlingske Tidende and TV2 jump on international Corona lie against Israel
On January 10, Berlingske Tidende published a long article about Israel’s race against Corona- infection and world record in vaccinating their inhabitants against the dangerous virus. At the time of writing, about 2 million. Israelis have been vaccinated, in comparison, around 100,000 Danes have been vaccinated. Also read: Everyone in Israel must be vaccinated within three months.

Berlingske Tidende :
On the other hand, Israel has been criticized by human rights organizations for not expanding its vaccination campaign to include cover the Palestinians living under Israeli control, writes the Financial Times. Israeli settlers living in the West Bank are vaccinated.

The Geneva Convention obliges in principle an occupying power to provide health supplies to the local population and to prevent infectious diseases, and according to the Israeli embassy in Copenhagen, there is also close coordination with the Palestinian Authority.

However, this has not meant that Israel has distributed its doses yet.

Israeli Health Minister Yuli Edelstein said last week that the country may have a interest in curbing the virus on the Palestinian side of the border, but that Israel is first and foremost committed to its own people.

Palestinians hope to buy two million doses of the Oxford-AstraZeneca vaccine, which is easier to handle as it does not need to be frozen at extreme temperatures. And otherwise, the Palestinians are dependent on the World Health Organization WHO’s COVAX initiative, which will provide free or cheap vaccines to the world’s poorest countries. But it may take months before the first doses arrive.

Until then, the virus will continue to spread in Gaza and the West Bank. Thousands of Palestinians travel to Israel and the Jewish settlements every day to work, not least in the construction sector.

TV2:
The country has been praised internationally for its effective vaccination program, but is now facing harsh criticism for not distribute vaccines to the millions of Palestinians living in the West Bank and Gaza Strip.

– As an occupying power, I believe it is Israel’s responsibility to secure vaccinations for the Palestinian people, says Ali Abed Rabbo, Chief for the Department of Preventive Health at the Palestinian Ministry of Health, to Sky News

A number of human rights groups also criticize Israel for cutting off the Palestinian people from vaccines – including Amnesty International.

– Israel’s vaccination program underscores the government’s discrimination against Palestinians. There is hardly a better example of how Israeli lives are valued higher than Palestinians, says Saleh Higazi, the organization’s regional director.

Conversely, Israel believes that the Palestinian Authority is responsible for Palestinian health, including: vaccinations.

The Palestinians must therefore rely on vaccines through the organization COVAX, which works to ensure a fair distribution of vaccines worldwide so that the citizens of poor countries can also be vaccinated.
< However, COVAX has only committed to providing vaccines to 20 percent of the Palestinian population, which is far from enough to achieve the desired herd immunity.

Ali Abed Rabbo tells The Guardian that he hopes The first Palestinians will be vaccinated sometime in February.

By the end of March, however, Israel may have vaccinated all adult Israelis, says Prime Minister Benjamin Netanyahu.

The truth is that PA does NOT want Israel’s help
Note that both Berlingske and TV2 link to international sources to substantiate the false allegations against Israel , but that does not change the fact that their facts are lies. TV2 mentions, among other things, Amnesty International, which on January 6 did their part to spread Corona lies directed at Israel. Read MIFF’s article about the case HERE incl. FB post from the Danish Palestinian Friendship Association (DPV).

Read also: The Palestinians again refuse to accept Corona aid from the Emirates.

The Guardian did the same a few days ago – read more HERE. First, far down in the newspaper article, it read that: “Despite the delay, [the Palestinian] authorities (PA) have not asked for help from Israel. “Coordination between the two sides was halted last year after Palestinian President [Mahmoud Abbas] suspended security cooperation for several months.” Read MIFF’s article about it HERE.

The truth is that PA would NOT talk to Israel when they ordered Corona vaccines, PA would also NOT coordinate the complex rollout of the vaccine program with Israel. In addition, it should be emphasized that these are not occupied territories .

Israel inherited the borders of the mandate under international law
The universal rule for determining borders of new states, uti possdetis juris dictates that they are established with the administrative boundaries of the former administrative authority. Prior to Israel, the Mandate of Palestine was created by the Nations League and administered by Britain. As the only state to come out of the mandate in 1948, international law dictates that Israel inherited the administrative boundaries of the mandate. This principle provides that the territory in question has been under Israeli sovereignty since the independence of the state, it also applied during Jordan’s occupation of the territory between 1948 and 1967. While the territory is politically disputed, the legal principle is completely clear. The term “annexation” is fundamentally misunderstood. Read more HERE.

The principle that a new state inherits borders from the last supreme administrative authority has been applied universally after the independence of new states, including states in Asia, Africa, South America and the former Soviet Union. The only exception now seems to be with regard to the creation of Israel. The principle was established last November after US Secretary of State Mike Pompeo made it clear that Israeli settlements in the West Bank (Judea and Samaria) are not in violation of international law. Read MIFF’s article USA: – Israeli settlements are not in violation of international law.

PA is responsible for not wanting to cooperate with Israel
Some time ago the newspaper Jerusalem Post wrote (read more HERE ) that an NGO claimed that Israel was not helping the Palestinians adequately in the fight against Corona. In response, in May 2020, the Israeli government presented to the Supreme Court a long list of measures taken to help the Palestinians stop Corona
-smitten. Israel has, among other things, held courses for Palestinian health personnel and laboratory technicians and provided Corona tests. Following this, the PA decided to stop all cooperation with Israel, which is why the Corona cooperation also stopped. Since the PA is responsible for the Palestinian people living in the areas for which it is responsible, the PA must also take responsibility for the consequences of stopping cooperation with Israel.

In December, Israeli Health Minister Yuli Edelstein told the New New newspaper York Times that Israel wants to help prevent the spread of corona among the Palestinians and that he is not in “doubt that it will happen.”

A few weeks ago, Khaled Abu Toameh wrote in the Jerusalem Post among other things that: – The Palestinians do not expect Israel to sell them the vaccines or that Israel buys the vaccine on their behalf… the Palestinians will soon receive around four million. doses of the Russian Corona vaccine. The PA, with the help of the World Health Organization (WHO), has managed to secure the vaccine from other sources.

PA expects to receive the Sputnik V and AstraZeneca vaccines by February. It can be compared to neighboring countries in the region, including countries with larger Palestinian populations such as Lebanon and Jordan, which have not conducted vaccination operations, and many other poor countries that also participate in the WHO vaccine assistance program. In addition, the Jerusalem Post wrote on January 6 that Israel has transferred some doses of the vaccines to PA – read more HERE.

PA responsible for vaccine program under Oslo Accords
Under the Oslo Accords, the Palestinian Authority (PA) is responsible for healthcare – including vaccinations for Palestinians in Judea, Samaria (West Bank) and Gaza. The PA has had that responsibility for about 30 years, something their journalists who like to quote the terrorist group Hamas’ Ministry of Health (Hamas has had control of Gaza since 2007) for false allegations about Israel’s damage also.- read MIFF’s articles on the Oslo Accords HERE.

Israel already vaccinates Palestinians
Israel vaccinates Palestinians in East Jerusalem. They are not Israeli citizens, they are citizens, according to the Oslo Accords, Israel is responsible for their health services. Palestinians over the age of 60 or those with a chronic illness can be vaccinated in Israeli vaccine clinics close to their homes. Israel also plans to vaccinate even more Palestinians incarcerated in Israeli prisons. From day one, Israel’s vaccine program has been running in the country’s predominantly Arab areas. Concerned that Israeli Arabs would not be vaccinated, Prime Minister Benjamin Netanyahu has visited several Arab cities to promote vaccination.

Israel does not discriminate in the vaccine program
There is NO ethnic or religious discrimination in Israel’s vaccine program, on the contrary, the Israeli government encourages all the country’s different minorities – Muslims, Druze, Bedouins, Cherkess , Samaritans, Christians and others to be vaccinated. In addition, it must be emphasized that ALL Israeli citizens – regardless of gender, ethnicity and religion – have equal rights under Israel’s Declaration of Independence.

False accusations against Israel get attention
It gives more clicks on articles with heartbreaking headlines – whether the news is true or not does not matter. Infinitum News has for several years pointed out that the media does not tell what is actually happening in Israel. Often they also use very dubious sources, as a reader it is therefore impossible to distinguish between truth and falsehood. Anti-Israel attitudes often characterize the media and the reporting from Israel is unfortunately then. That’s why Infinitum News puts a lot of effort into getting the media on the blade – the media should be impartial and report the truth.