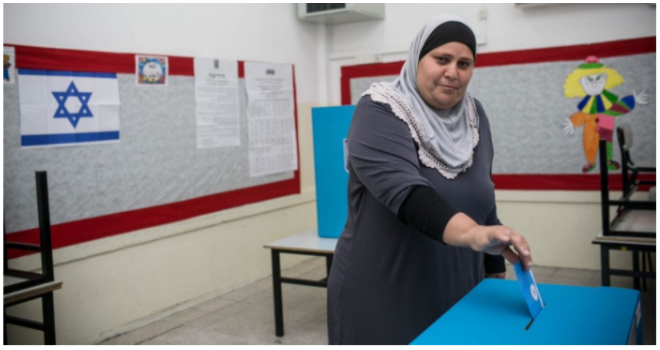 On April 27, Human Rights Watch (HRW) will publish report in which Israel is accused of apartheid. The report goes as far as producing it as a racist that Israel has laws that ensure Jews from around the world citizenship.

It’s nothing new that HRW demonizes Israel. HRW was active at the Durban Conference in 2001, when the participants were encouraged “completely international israel of Israel as an apartheidse”. HRW has also continued to come with charges of “war crimes”.

In 2009, it got Robert L. Bernstein, HRW’s founder, to respond. Israel is an open society with the possibility of internal criticism, and thus has the ability to correct themselves. The Arab neighboring states are largely brutal, closed, authoritarian communities, which in very small extent allows internal criticism. To the trip of it, Israel gets much more criticism than his neighbors from international organizations, wrote Bernstein inew York Times.

– Hamas and Hezbollah is supported by Iran’s government, who has openly declared that they will both destroy Israel and kill Jews everywhere, wrote Bernstein. The leaders of HRW by Hamas and Hezbollah choose to fight wars from densely populated areas, and deliberately transforms residential areas to war zones. They know that more and better weapons flow into Gaza and Lebanon. They know that the militant groups rob the Palestinians’ chances of a peaceful future. Nevertheless, they choose to criticize Israel.

The apartheid accusation against Israel is nothing new, the charge so today’s light during the Cold War When Antizionists were sponsored by Communists – read more here in Norwegian. Comparisons between apartheid in South Africa and the situation in Israel and in Judea and Samaria (the West Bank) show that the charge does not have in reality – read more here in Norwegian.

– Red Cross has in-depth knowledge of the TAPARTHEID regime in South Africa – to all those who charges Israel for the same: No, there is no apartheid in Israel. There is no regime that believes in a superior race or refuses to one group of people basic human rights on the basis of alleged inheritance. There is a bloody national conflict where the most prominent and tragic is a yearly occupation. But there is no apartheid, Speakschweisian Jacques de Maio, leading the International Red Cross Committee in Israel and in the Palestinian Authorities in 2017.

Read more about why Israel is not an apartheid state on the sidewhow is wrong at Israel.

In its presentation of Israel’s alleged “racist” demographic policy, HRW puts out the return law (Hok Hashvut) from 1950. The law gives Jews from all over the world access to Israeli citizenship
. There is nothing in the law that discriminates in Israel’s non-Jewish citizens, and the law is not unique – countries such as Ireland, Spain and Germany have similar legislation to make it simpler for own diasporab interpretation to move to the country and become nationals.

It is not racist that Democracy Israel, established as a Jewish state, Jews want particularly welcome. HRW does not mention the reason why the law in his time was adopted. Return law was adopted as a consequence of the Holocaust. The law’s intention one to create an emergency port for the Jews who were fortunate to survive the genocide against Jewish people in Europe, and for the Jews in Arab countries as after the Second World War and Israel’s creation experienced highly intensive discrimination and persecution. The rapid increase in anti-Semitism and mortal violence against Jews in several countries in recent years, clearly shows why the law is still important and right.

The above charges of racism are also not new. Thus, MIFFS Editor Odd Myrland commented on artemography and racism – read more here 2005:

«Almost all Jews have fled from the Arab area (and to a great extent from the rest of the Muslim area), and almost no one could imagine moving back in view of the status of all other minorities there. Israel is the only small area like the Jews. Therefore, it is only reasonable and aboslut not racially that the Jews make sure to preserve their majority in Israel.

It is fine that the methods like Israel use are discussed. But based on their history as pursued minority both in Europe and Arab countries, and from how Arab Muslims continue to treat their minorities, it should be of course the right to a state where they are in solid majority and have control. (…)

If the background is not with, it becomes all reality. I also refer to the article right to the country – click here . »

HRW criticizes Israel for laws that reduces the possibility of legal residence in Israel for Palestinians who are married to Israeli citizens, or SF other causes seek family reunification. HRW forgets that the kind of constraints were introduced according to people who were legally staying in Israel after marriage with Israeli citizens, abusing their Israeli ID to pass control posts with explosives and to perform suicide bombings. The legislative change came in 2003, after 135 Israelis was killed in terrorist attacks within one month in March 2002. 23 of the terrorist attacks under the Second Intifada were committed by Palestinians who had abused the former law on family reunification, according to Israel’s Justice Ministry. In a hearing in the Knesset in May 2017, the security services informed that 49 Palestinians who had been legally staying through family reunification participated in terror in the period 2001 to April 2017.

MIFF comments on the HRW report is based on reproduction from a pre-edition sent to journalists. The report is disseminated and commented on by NGO Monitor – Read here.

– The entire report is written as if
Israel governs all the Palestinians, and as if the Palestinian Authorities (PA) do not exist, the cohelet points out. Since 1993, the Palestinians had their own authorities since 2007 they have had two different governments. PA works around Israel’s control, Israel does not tax the Palestinians and is not legislator in the A and B areas in Judea and Samaria (West Bank).

Kohelet hits the head of the nail here:
“In the Oslo agreements, Pa and Israel agreed on a framework to share authority and sovereignty in areas where governments and peoples are interwoven. HRW uses the constructions – agreed between Israel and PLO – as evidence of anti-Palestinian apartheid. In practice, they say that the internationally supported Oslo agreements for whom several Nobel prices have been received, are the same as apartheid, that is, the same agreements whose protagonists were honored with Nobel Prizes.

HRW ignores passport policy that looks like apartheid: Pa provides financial reward to those who murder Jews. Pa tortures and punishes Palestinians with long stays in hard work camps or death sentences if they sell their own property to Jews. The HRW report mentions “Israeli Palestinians”, but never mentions “Jewish Palestinians” because the Palestinian Authority has created a regime where it is impossible for Jews to live under their jurisdiction.

Read here about PAS Punishment on sale of property for Jews.

The HRW report mentions the terrorist group Hamas 13 times. Hamas is referred to as a Palestinian party, but HRW does not state that Hamas is listed as a terrorist organization of, among other things, the United States, the EU and Israel. Read more about why Hamas is so dangerous here.

The above is just an excerpt from the cohel’s review of factual errors in the HRW report.