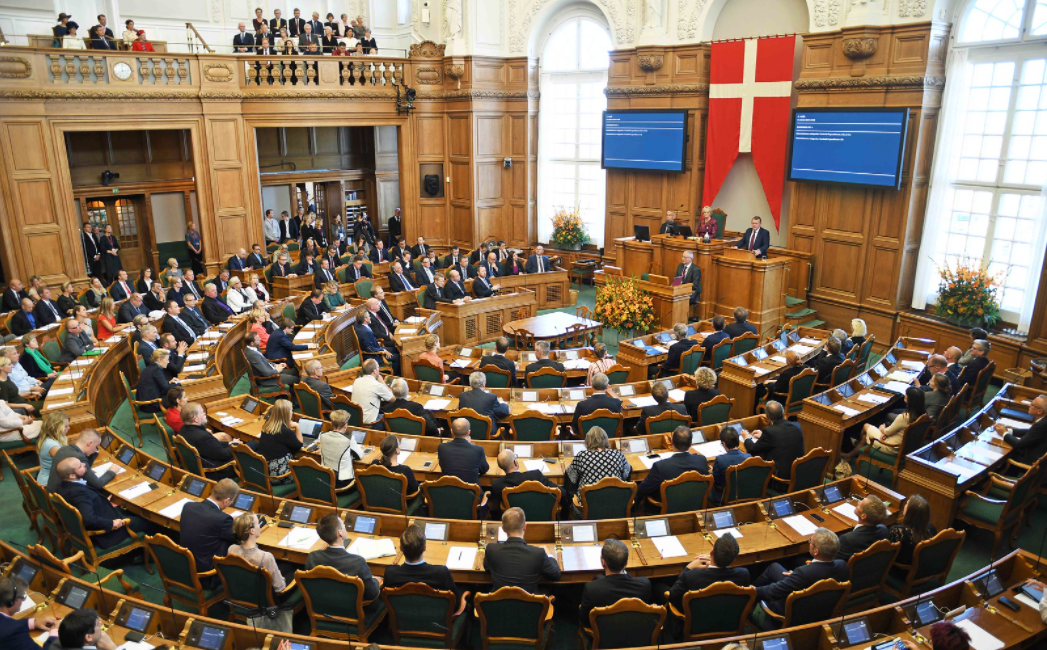 Parliamentary Sikandar Siddique as today is political leader for free green, Denmark’s new Left Party (former member of the alternative), was quickly out on social media to share his “expert” knowledge of Israel after Human Rights Watch (HRW), on 27 April published another demonizing report on Israel filled with lies and errors. The report goes HRW as far as producing it as a racist that Israel has laws that secures Jews from all over the world citizenship, read MIFFR Article including Fact Checks and Interview with NGO Monitor founder here.

HRW has demonized Israel over decades

It’s nothing new that HRW demonizes Israel. HRW was active at the Durban Conference in 2001, when the participants were encouraged “completely international israel of Israel as an apartheidse”. HRW has also continued to come with charges of “war crimes”.

In 2009, the HRW’s founder, Robert L. Bernstein to respond: Israel is an open society with the possibility of internal criticism, and thus has the ability to correct themselves. The Arab neighboring states are largely brutal, closed, authoritarian communities, which in very small extent allows internal criticism. To the trip of it, Israel gets much more criticism than his neighbors from international organizations, wrote Bernstein inew York Times.

– Hamas and Hezbollah is supported by Iran’s government, who has openly declared that they will both destroy Israel and kill Jews everywhere, wrote Bernstein. The leaders of HRW by Hamas and Hezbollah choose to fight wars from densely populated areas, and deliberately transforms residential areas to war zones. They know that more and better weapons flow into Gaza and Lebanon. They know that the militant groups rob the Palestinians’ chances of a peaceful future. Nevertheless, they choose to criticize Israel.

– Red Cross has in-depth knowledge of the TAPARTHEID regime in South Africa – to all those who charges Israel for the same: No, there is no apartheid in Israel. There is no regime that believes in a superior race or refuses to one group of people basic human rights on the basis of alleged inheritance. There is a bloody national conflict where the most prominent and tragic is a year-long ockupation
. But there is no apartheid, said Schweisian Jacques de Maio, who heads the International Red Cross Committee in Israel and in the Palestinian Authorities, in 2017.
But all that and more does not get Siddique to To shake by hand before he opposes even more hatred against Israel via social media.
Here’s some of it as Siddique doesn’t mention:

Siddique doesn’t mention with èt words that South Israel in recent days has been attacked by At least 45 rocket attacks from terrorist groups in Gaza – recent attacks occurred last night. Read more here. Siddique is open not to rocket attacks against Israeli children, women and men who are traumatized for life and get PTSD, is a crime against humanity. Read about the consequences for the inhabitants of Serot after 20 years with rocket attacks from Gaza here.

Siddique does not mention that Denmark for decades has sent millions and again millions of crowns to the Palestinian authorities (PA) who abuses large amounts to reward terrorists with Israeli life on conscience. In 2020 alone, at least 1 billion dollars in terror, gave here.

Siddique also does not think there is anything wrong in that Israeli-Arab Rushi Hamdan Abu Mukh has received DKK 3 million of pa in terror, to abduct, tortures and murder an Israeli soldier in 1984. Abu Mukh has been sitting 35 years in Israeli prison and believed to be the highest paid terrorist ever. Today he is a free man who is hailed as a hero of the Palestinians. The case aroused great harness in Israel, and 42 Knesset members have therefore provided a bill to deprive the citizenship of Israeli citizens and long-term residents who are imprisoned and at the same time receives a large amount in terrorist reward from PA – Read about the matter here. Read more about Danish PA assistance here.

Siddique has Pakistani background, how does it see the human rights and minority rights in Pakistan?
terror in Pakistan

In 2014, Christian Dagle wrote that Pakistani Faisal Benchald would have Pakistan’s authorities to register him as a Jew instead of Muslim. According to Pakistant legislation, it is waiver that can trigger the death penalty. Benkhald has a Muslim father and Jewish mother and he struggles to get religious freedom in his home country and a greater tolerance for minorities in the strong conservative, Muslim country – read more here.

In 2017, Berlingske Tidende wrote that Benchaled completely extraordinarily had received the Pakistani authorities’ acceptance of his desire to be registered as a Jew with a Jewish name – read more here. But it does not change the fact that it is with life as effort to be minority in Pakistan and conversion to another religion than Islam entail persecution. Most converts are forced to escape from the country. Pakistan is also known for a gross anti-Jewish and anti-Israeli rhetoric.

At the beginning of the 20th century, 2,500 Jews lived in Pakistan, today there are burial sites back and a synagogue that was destroyed in the 1980s.

Siddique could suitably address Pakistan’s trouble accepting minorities, rather than promoting with fake apartheid charges against Israel who have been refuted for several years.

Siddique should travel to Israel so he can see how Jews, Muslims, Christians, jerers, grapers, Bahai, Bedouins and many other minorities live and work together. Israeli Arab Yoseph Haddad invites you all those who claim there are apartheid in Israel to the country – read more here.

living over 9 million inhabitants of Israel, of which 73.9% Jews, about 2 million inhabitants are Arabs – read more here. All inhabitants of Israel have equal rights and Israel are the only country in the Middle East where all minorities are protected from persecution and the only Middle Eastern country where the share of Christians increases. According to the UN’s latest report, Israeli Arabs have the highest standard of living in the Middle East and the Palestinians in the country are more happy than the Egyptians and the Jordan. Read more here.

Politicians and media has sharpened responsibility!

Danish politicians and media should read the book “The fake car of Israel” written by MIFFS daily leader Conrad Myrland before they sit down The keys and jumps on anti-Israeli campaigns as provingly leading to even more hatred Israel and increasing global anti-Semitism. Order the book here and get a thorough insight into how the false picture of Israel has become over several decades.