What can Israel do that the EU and Denmark cannot do? 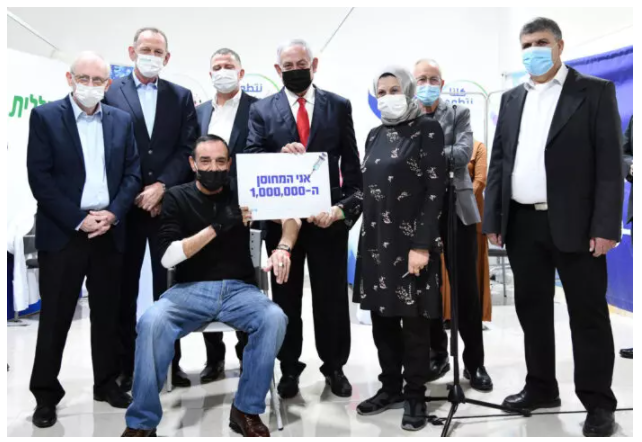 While the EU has slept for an hour, Israel has, according to data from tv2.dk 4 January 2021, vaccinated 1,224 million. population, by comparison, Denmark has vaccinated 46,975 thousand inhabitants.

The EU has slept by the hour
According to Berlingske Tidende, the EU ordered DKK 300 million. doses of Biontech’s Corona vaccine and 160 million doses of Moderna in early November 2020. EU retailers rejected Biontech / Pfizer and Moderna’s offer for further deliveries of their Corona vaccine, a decision which, according to Der Spiegel, could have catastrophic consequences for Europeans.

Israel vaccinates at rocket speed
In Israel, the situation is completely different – here the inhabitants are vaccinated at an impressive pace. At the time of writing, more than 14 percent of the Israeli population has received the first injection of Pfizer’s Corona vaccine. In Denmark, on the other hand, that figure is 0.13 percent.

The Israeli health authorities have also just approved Moderna’s vaccine and expect it to be delivered within the next few weeks. In the EU, on the other hand, we are still waiting for the EMA to approve the vaccine.

The Corona crisis has hit Israel hard, with more than 3,000 dead, many infected and a severe economic crisis. Read more HERE and HERE. Now it seems that Israel will be the first country in the world that can begin to return to some form of normality.

In Denmark, Henrik Nielsen, chief physician at Aalborg University Hospital, has stated; – The optimal would probably be to vaccinate 20,000 a day. The chief physician does not think that figure is realistic unless; – Deliveries of the vaccine increase significantly.

In Denmark, the Danish Health and Medicines Authority is responsible for the pace at which Danes can be vaccinated. Director Søren Brostrøm speaks; – We vaccinate quickly in Denmark, it is a myth to believe the opposite. I will do everything we can to overtake Israel and the other countries.

Henrik Nielsen adds; – I can not imagine that it could go faster than it has done. All the doses we have received have been used. There are many people involved in the process from start to finish, so it is not a simple operation. Had there been 10 times as many vaccines, we would not have had time to use them, as there would not have been enough staff. It is not easy in the short term to get enough staff – they need to be trained first, “he says.

What is it that Israel can do that the EU and Denmark cannot?
According to Berlingske tidende, Israel has not saved on expenses. Israeli Health Minister Yuli Edelstein has stated that Israel was one of the first countries to negotiate an agreement with the vaccine manufacturers. Vaccine manufacturers want to trade with Israel and Israel’s healthcare system has a reputation for being good at collecting reliable data. Analysts have speculated as to whether Israel has overpaid the vaccines. Edelstein has pointed out that even if that were to be the case, the price of a continued closed Israeli economy is much higher.

Unlike the EU, Israel has not wasted time waiting unnecessarily and has managed to get efficient logistics in place quickly
. In the EU, on the other hand, hundreds of thousands of doses stand and collect dust rather than being used immediately.

Health experts have pointed out that Israel’s advantage is that it is a small country with a centralized and well-prepared government, a digitized and locally based health system that has registered all residents of one of the country’s four health providers (Kupat Cholim).

In Denmark, hospitals and clinics have been given the responsibility of vaccinating the inhabitants. In Israel, on the other hand, health care providers have set up thousands of vaccine centers in stadiums, parking lots, playgrounds, schools and drive-in clinics.

In addition, Israel has laid out a strategy for avoiding vaccine spills. Israel’s first phase of its vaccine program is aimed at the country’s health workers, the elderly and people at risk.

To avoid wasting vaccines, the excess doses go to, for example, the young people who help their elderly relatives to transport themselves to the vaccination site and drop-in vaccinations before the health personnel close down for the day.

Ppizer / BioNTech’s Corona vaccine is difficult to handle as it must be stored at minus 70 degrees and used within a few hours after thawing. Read MIFF’s article about the Danish connection to Israel’s rollout of the vaccine program HERE.

The straw that broke Hamas?