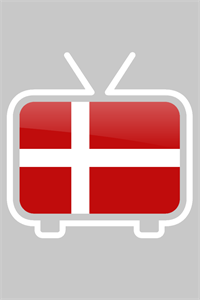 Dorrit has taken the mention from the publicly available sources. Neither Nordjyske Venner af Israel nor MIFF Danmark can guarantee that a broadcast – or the mention of it or of what the broadcast is about! – is really worthwhile …. just that it will probably arouse interest.

Gaza is hit by one of the world’s most unlikely boom in the real estate market. There are three things that apply to the housing market in the war-torn country: location, location, location, which here means an apartment in areas that have not been hit by bombs and missiles – and of course near a good school and good shopping opportunities.

Should you be afraid because you have a Jewish background in Denmark in 2018? Sanne Cigale grew up having to hide her Jewish origins. Now she is putting up with her own fears and wants more Jews to stand up. She meets, among others, Yael, who is proud of her Jewish culture, but keeps it behind the four walls of the home, an imam who knows about Muslim anti-Semitism and professor of psychology Peter Elsass, to understand the situation of Danish Jews right now. Rebroadcast on Tuesday, December 11 at 9.35-10.05.

During the Israeli siege of Gaza in 2014, 507 children were killed and 3,598 wounded and even more traumatized. Here we meet a number of children. Some have or are still badly injured. Many have lost parents and siblings and even young children have suicide rates. Up to 400,000 children in Gaza are in desperate need of psychological help. And the violence will continue, because many of the children are thinking of revenge!

In one of the most cruel stories of the Old Testament, God destroys the cities of Sodom and Gomorrah because of the wickedness of the inhabitants. Today, most scholars doubt that cities existed, but Bible scholar and archaeologist Steven Collins, who has been searching for them for twenty years, is now convinced that he has at least found Sodom. See if he is right in “The Riddles of the Bible”. Rebroadcast on Thursday, December 13 at 17

During World War II, thousands of people, mostly Jews, were rescued across the Sound between Elsinore and Helsingborg. On the Danish side, it was i.a. the resistance group Syklubben, which in Sweden received help from police officers, customs officers, fishermen and coastguards. The dramatic rescue operation is depicted with the help of archive films, written memoirs and interviews, among others. with Grace, daughter of the driving force, Erling Kjaer, who saved 1,400 people but paid a lifelong price.

Original title: The Escape across the Sound.

Peter Ingemann is taken on a Christmas adventure to Israel to follow in Jesus’ footsteps. The journey begins at the Church of the Nativity in Bethlehem, where Jesus was born – and ends at the Church of the Holy Sepulcher in Jerusalem, where Jesus died on the cross. Here Peter lights a candle in the rock cave where Jesus’ body was laid to rest. Afterwards, Peter finds his Jutland Viking as he tries his life as a carpenter in Nazareth village, where people live as they did 2000 years ago. In the evening, Peter is at Christmas dinner with the Christian carpenter Asraf and his family. A penitentiary on the path of pain, via Dolorosa with a several kilo heavy wooden cross over his shoulder, Peter also manages to try.

In Argentina in 1960, Eva, Enzo and their three children open a boarding house. They are happy when their first guest turns out to be a polite and skilled doctor. The doctor shows particular interest in 12-year-old Lilith, who is small for her age, and in her pregnant mother, who is expecting twins. No one in the family realizes they live under one roof with one of the worst war criminals in world history.
Mengele: Alex Brendemühl.
Eva: Natalia Oreiro.
Enzo: Diego Peretti.
Instruction: Lucía Puenzo.

Sources and references – and a huge invitation!

North Jutland Friends of Israel – NVAI – was started in 1975 – i.a. in protest of the “Zionism is racism” resolution of the UN. NVAI is a very small association with very few resources, so the website can never be “super” (as we in all humility hope that miff.dk is or can be). But their members provide a great service to all of us – not least with this TV list – and they have a nice little page about TV and culture, which is constantly updated. And NVAI holds at least 9 exciting meetings a year.

Do you live in North Jutland? Or do you perhaps like the contribution of their members to all of us? Join North Jutland Friends of Israel; they will send a charge when they receive your subscription . And remember that it is always beneficial to be a member of at least one Israel-friendly organization in addition to MIFF ( join now if you are not )!