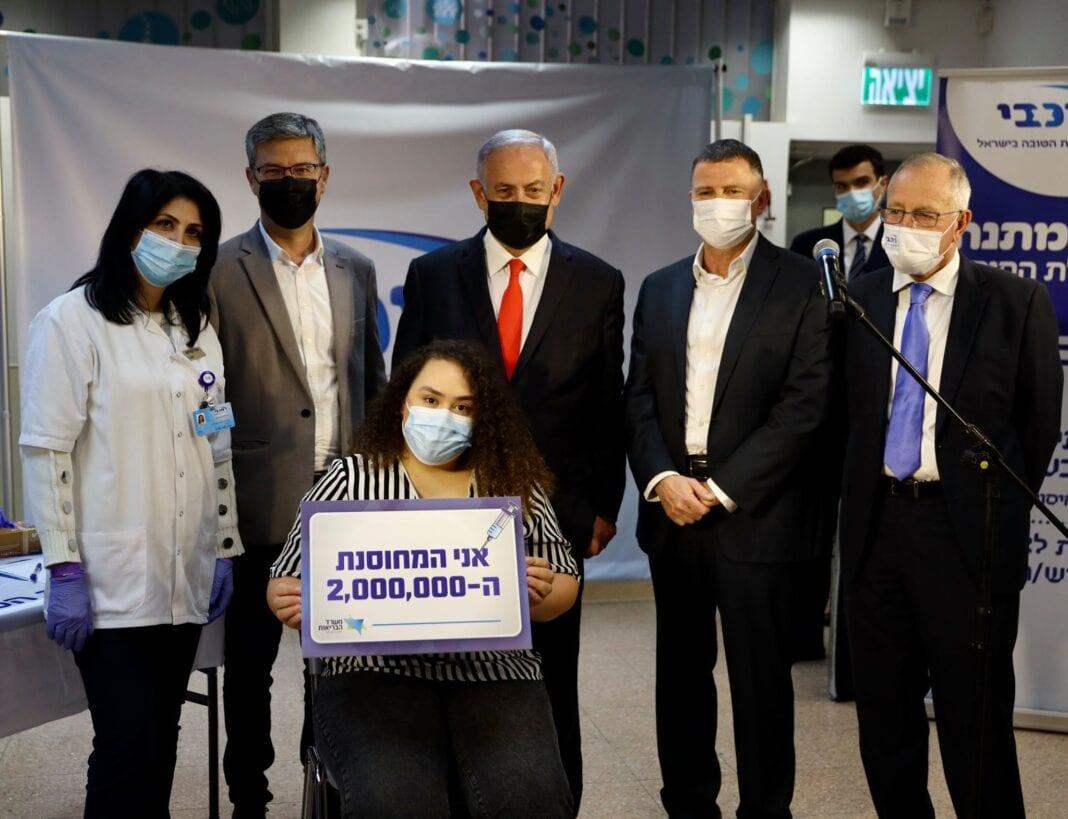 At the time of writing, 25% of the adult Israeli population over 16 has already been vaccinated against Corona. Israel already expects to have obtained herd immunity in a few months – read MIFF’s article about it HERE.

By comparison, Denmark has only vaccinated about 2% of its adult population.

According to Berlingske Tidende, Israel’s successful rollout of the Corona vaccine has aroused both envy and admiration in the world, which, unlike Israel, vaccinates at a snail’s pace, writes the newspaper Berlingske Tidende.

Now Denmark and Iceland will also be part of the success.

In recent weeks, Iceland has been in negotiations with the pharmaceutical company Pfizer to receive Corona vaccines in order to vaccinate the entire Icelandic population. If the negotiations go according to plan, Pfizer will speed up the delivery of their vaccines in return for Iceland becoming a case study for Pfizer.

According to Jyllands-Posten, Denmark also tried to enter into a similar agreement with Pfizer.

»The Danish health data has a quality that corresponds to the Icelandic ones. So we talked to Pfizer and suggested as an argument for sending more vaccines to Denmark that they could make real-world evidence on both effect and side effects, «

According to both Jyllands-Posten and Berlingske, a representative from Pfizer met on 31 December with Henrik Ullum from the Danish health authorities and director of the Danish Medicines Agency, Thomas Senderovitz.

The agreement between Denmark and Pfizer has not fallen on space yet.

Last year, Denmark chose to purchase vaccines in collaboration with the EU, and according to Berlingske, EU countries are not allowed to enter into special agreements with the pharmaceutical companies.

There are several reasons why Pfizer may not want to advance vaccine deliveries to Denmark: Denmark needs a total of around ten million doses, global competition to get the vaccines is at its peak and the pharmaceutical company can not keep up the demand. The EU recently announced that a further € 300 million had been purchased. doser. According to current information, it is estimated that Denmark will receive around one million doses in the second quarter.

Despite extensive testing phases and strict requirements for vaccine approval, it is only with global use of vaccines that you get the final phase and the necessary data that gives the full picture of how a vaccine works in the real world. According to Berlingske, Iceland as an isolated island with just 360,000 inhabitants, a well-functioning health system can be a more interesting option for Pfizer than Denmark.

Peter Nedergaard, Professor of Political Science at the University of Copenhagen, wrote the following under the heading Comprehensive Logic about Israel’s world record in vaccination in Berlingske on 14 January:

Overall logic
In the opinion of many, the EU has not had a very lucky hand in purchasing corona vaccines.

On the one hand, there has apparently been a certain amount of focus on vaccines that were not at the forefront of the shoe for approval. On the one hand, according to the media, one has been a bit too stingy regarding the price one would pay for fast mass deliveries.

The EU gets the Pfizer vaccine for about 12 euros each. Among other things. Israel has been willing to give about twice as much courage in return for getting very large and fast deliveries. Roughly speaking, on this basis, it proposes the introduction of a new vaccine logic in the EU.

In the future, you will not have to save small amounts with one hand when you sacrifice large amounts with the other hand due to closed economies, lost tax revenue and expensive hospitalizations. Plus the many extra deaths.

In the future, you have to think holistically
.