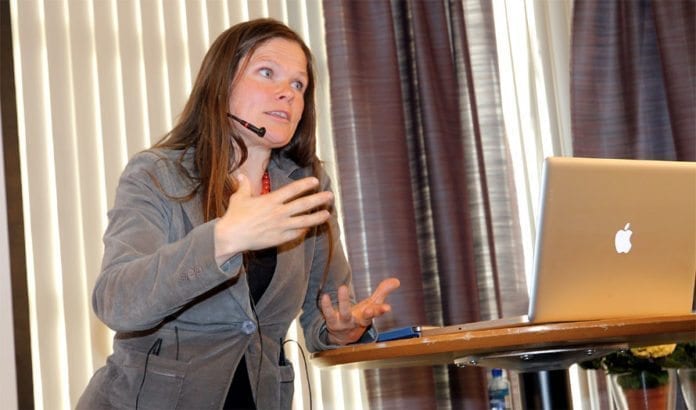 Every fourth kill in Gaza is a child. There are no laws against it? Asking the evening post in his heading May 16.

The evening post does not mention that more than half of the people of Gaza are children, and that the death figures in themselves testify that Israel has not bombed randomly in the population. (For comparison: As the Americans and British entered Iraq in 2013, the number of killed children under the age of 15 was right than their share in the population.) The evening post neither mentions that more of the children who have died under the current conflict have been killed by Hamas rockets which has exploded in Gaza.

But the evening post let the author and research Cecilie Hellestveit in the Interpret Institute come up with important information. The evening post presents her as being “among the foremost Norwegian experts in the Middle East and international law”.

Hellestveit clarifies a misunderstanding among many in Denmark and Norway, that proportionality is about there must be equal loss of human life on both sides. The international law is concerned with about war acts aimed at military targets or not. Hellestveit points out that all Hamas rockets are war crimes

– Do you use rockets that cannot be controlled against military goals, as is the case with Hamas’ rockets, so it is a population right, says Hellestveit.

“Hellestveit believes that Hamas and the other militant groups speculate in causing civilian deaths among the Palestinians. By saving weapons and military equipment in residential areas, schools and hospitals, they try to raise the threshold of Israeli attacks. It also provides Israel a reputation problem. “

In the “fair war” tradition, which President Barack Obama referred in his speech when he received the Nobel Prize, there is a principle called “Double Effect” principle. According to the principle, it is morally achieving a goal if it is fair in itself, although it will lead to unwanted consequences – on condition that the unwanted consequences are inevitable, not with overlay and that action is taken to minimize their negative effect.

It is a fair goal of Israel to try to stop the terrorist attack of Hamas against Israel’s civilian and Hamas infiltration attacks against Israel. Unfortunately, the consequences for the civilian population in Gaza inevitable.

Unfortunately, in all wars, children are killed. A large number of children have also been killed in the wars like Denmark and Norway have participated in. But it seems that when Israel defends itself against repetitive rocket attacks, collective guilt is placed in Israel as a nation for children’s scheduling, and comes the accusations of them as Sitting several thousand kilometers away and spreads the misinformation about Israel.

Unfortunately, all Danish and Norwegian taxpayers are indirectly with paying for financial reward of burm . The big difference between MIFF members and other taxpayers in Denmark and Norway is that we do it involuntarily and strongly protest it!

MIFF is probably the organization in Denmark and Norway who worked the most to stop the Palestinians’ reward system for child monvers. Denmark annually sends DKK 200 million to PA, how many of the money goes to terror attacks that kill Jewish children?

Read selected examples of how to abuse Danish assistance to terrorist sister and terror reward here.
> Read Also about Danish assistance to UAWC with ties to the terrorist organization PFLP – Click here.
See the Palestinian authorities (PA) “Salary” Skala to convicted terrorists with Israeli lives on the conscience of The overview further down. The more Israelis the terrorist has murdered, the longer prison sentences and the higher “pay” he and his family get from pa . “The salary” must be multiplied by 2 for Danish kroner. A terrorist who has sat more than 30 years in prison will have a monthly “salary” of DKK 24,000, his wife gets 600 kroner a month in “pay”, every child in the house will get 100 kroner a month in “pay”. Judged terrorists from East Jerusalem get a monthly “extra pay” of DKK 600 Israeli citizens (Israeli Arabs) get a monthly “extra pay” of 1000 kroner. Thus, an Israeli Arab earned over DKK 3 million to abduct, torture and murder an Israeli soldier, the terrorist is hailed as a hero in the Palestinian society – read here. Also read: Bearmers have been paid over DKK 2.3 million in reward.

More examples: pa also rewarded the terrorist as May 9, 2001 murdered Malki Roth, her girlfriend, six children and 7 adults on pizza restaurant. Pollarian Palestinian terrorist who planted the bomb with DKK 9,000 a month [see. Figures from 2014, “Salary” payments have since risen sharply]. Palestinian teachers, police officers and other public officials receive a much lower monthly salary! On the other hand, the parnemors receive wages corresponding to top positions in Pa.

Economical reward of child monvers has a high priority of the Palestinian authorities (PA) as Denmark annually gives 200 million tax crowns! Only in 2020, at least $ 1 billion paid for terrorists who have murdered Israeli children, women and men – read here. It is also well known that some Palestinians plan terrorist attacks they know that they will get financially reward for it – read here.

During the negotiations between Israel and PA in 2013-2014, Israel was pressured to release more convicted terrorists, several of them had helped murder children. The Palestinian Self Governors rewarded the terrorists with huge payouts of hundreds of thousand-kroner – read here. Many of them already got an annual “pay” of more than 350,000 kroner to kill Jewish children. Where is Denmark’s condemnation of it?
Where is the law that prohibits murder of Jewish children?

The reference to Infinitum News comes approx. 35.30 into the clip. Parliamentary member Søren Espersen (Danish People’s Party) referred to a number of cases of abuse of PA assistance as Infinitum News has helped to draw attention to in Norway and Denmark.