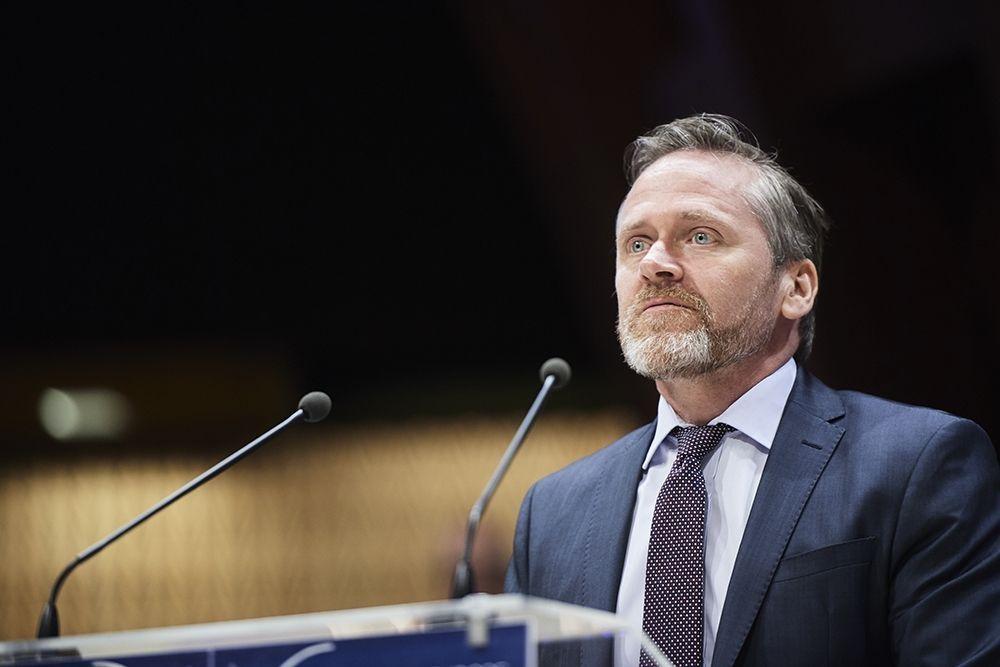 The United Nations Human Rights Council (UNHRC) will hold its 40th session on 25 February – 25 March 2019. As always, alleged Israeli human rights violations will be discussed on the permanent item 7 on the agenda. Human rights issues in all other UN member states are discussed under item 4 of the agenda. No other country – let alone Iran – has its own item on the agenda.

The Jerusalem Post reports: “The United States has been working for a long time to remove item 7 without success. The European Union has increasingly protested against item 7 of the agenda, as its Member States – like the United States, among others – often refrain from speaking under it. debate.”

The news this year is that Denmark is joining as a UNHRC member – and will also refrain from participating in point-7 debates. Instead, Denmark will address any problems in Israel / Palestine under point 4.

According to the press release from the Ministry of Foreign Affairs prior to the meeting, Anders Samuelsen said:

The Human Rights Council has great potential. But the Council is challenged on its credibility. Among the members sit some of the worst human rights violators. And the Council has a completely unreasonable discrimination against Israel, which as the only country is the goal of an independent item on the Council’s agenda. We need to address that. It will be a core priority for me during the Danish membership. ”

In addition to his participation in the opening of the Human Rights Council’s session, the Foreign Minister will meet with the UN High Commissioner for Human Rights, Michelle Bachelet. The Foreign Minister will also meet with a number of like-minded countries and NGOs to talk about reforming the Council, as well as meeting with representatives of the EU, the US, Israel and Palestine.

Anders Samuelsen himself writes in Politiken: Denmark is at the forefront of reforms of the UN Human Rights Council

This week I am participating in Geneva in the Council’s first meeting with Danish membership. Here I will take the initiative to establish a strong coalition of like-minded countries, which can push for reform and, among other things, can also contribute with ambitious input to the review of the Human Rights Council to be carried out from 2021.

… In addition, we need to address the discrimination of Israel. In a council whose main task is to promote equal treatment, it does not make sense that Israel and the Occupied Territories, as the only country in the world, have their own item on the Council’s agenda and that every fourth of the Council’s country resolutions are adopted under that agenda item. The Council must, of course, point out human rights abuses in Israel and the Palestinian territories, but Israel must be treated on an equal footing with other countries. Denmark will work closely with our EU partners and other like-minded countries to seek a more reasonable balance on this issue.

Even in Geneva, I will meet with representatives of Israel, Palestine, the United States and the European Union to discuss what we can do to change the situation. I hope for a constructive and open approach – also from the Palestinian side. And when this council meeting is over, we will, together with our like-minded people, assess the outcome and the course of events to see if the necessary progress has been made.