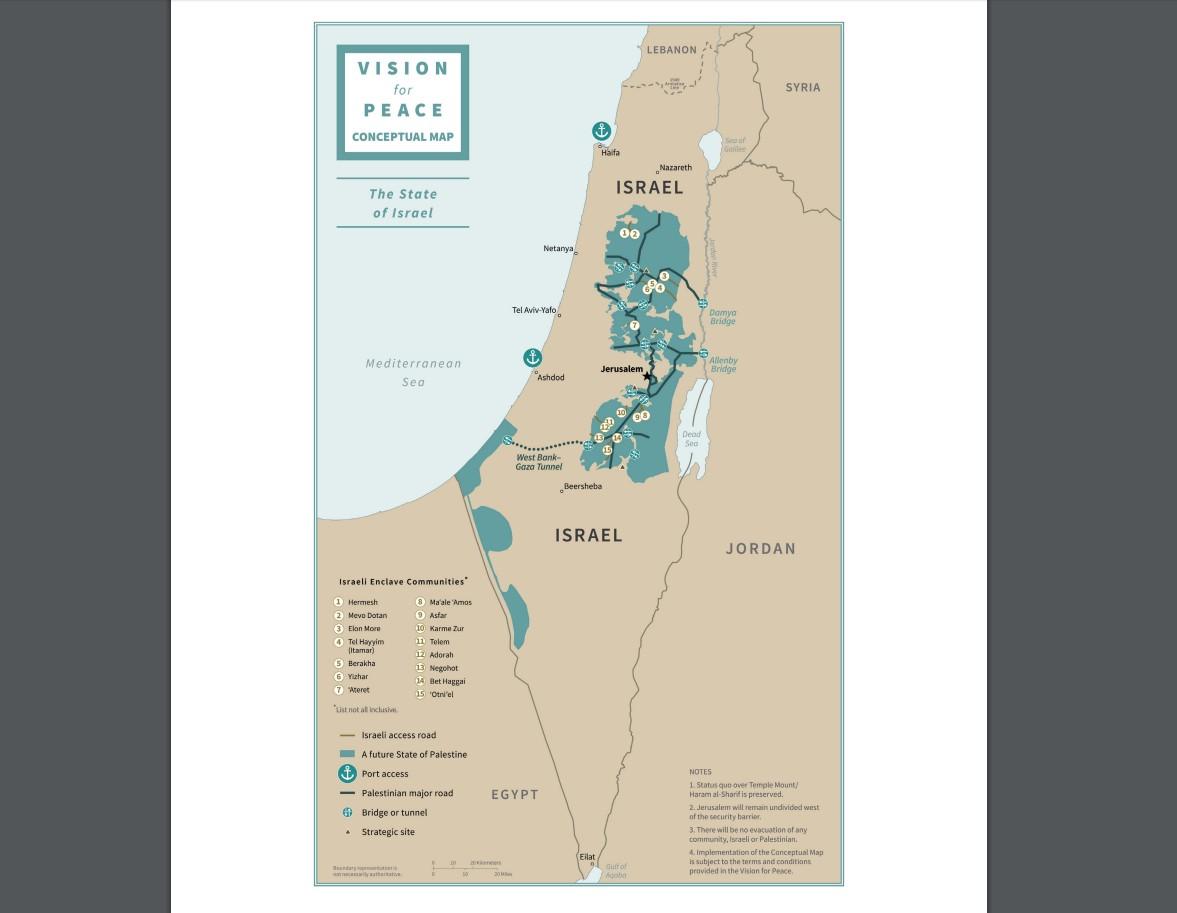 On Tuesday night, US President Donald Trump finally unveiled his long-awaited plan for peace between Israelis and Palestinians.

In his speech, Trump said, among other things, that Benjamin Netanyahu and Benny Gantz had approved his vision as a basis for negotiations, writes the Times of Israel.