– Israel is reliable, it is not the Palestinian Authority 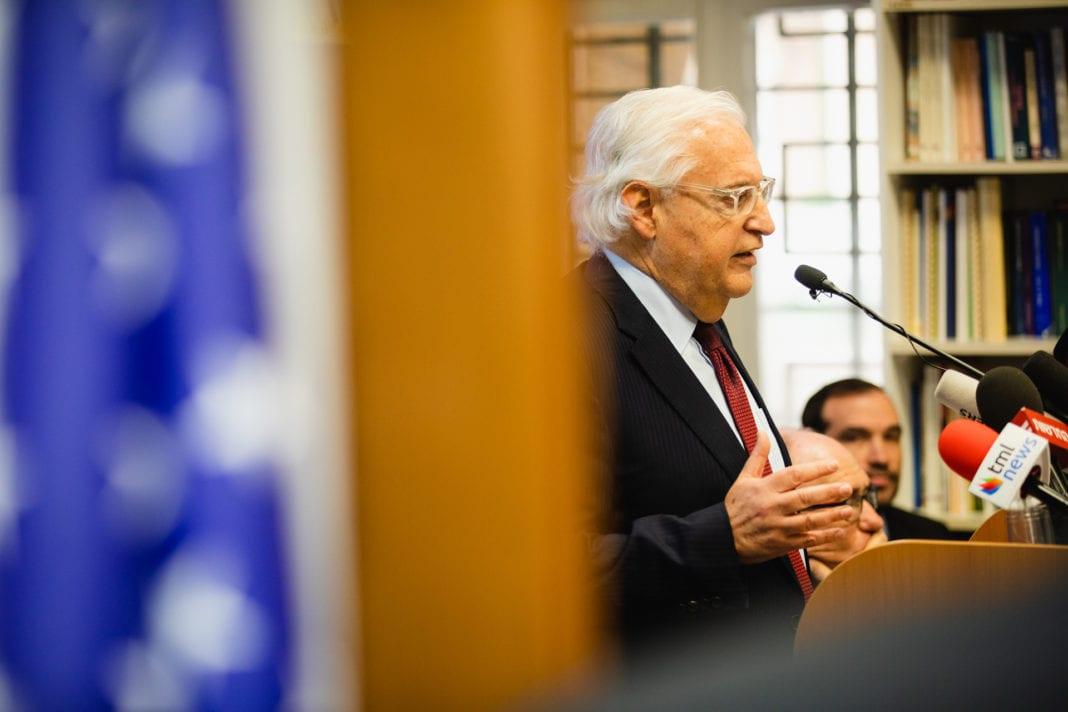 The US ambassador to Israel, David Friedman, says the Trump administration’s peace plan favors Israel because it is a democracy one can trust will keep an agreement, while the Palestinians have a long way to go before they can become a reliable partner. He said this at a meeting organized by the Jerusalem Center for Public Affairs.

Several of those who have criticized Trump’s peace plan have complained that it gives Israel the right to soon annex the parts of the West Bank that the plan has earmarked for Israel to retain, while the Palestinians, for their part, only get their state after a four-year period – and only after a number of conditions have been met.

The Times of Israel asked Friedman why one side would be allowed to enjoy the benefits of the deal immediately, while the other side would have to wait four years if the goal is for the plan to lead to peace between Israel and the Palestinians. / p>

The US ambassador replied that there was a need to build a bridge in the “asymmetry” between the state of Israel, which is a reliable ally, and what he described as a failed wish-state in the Palestinian Authority (PA). He also argued that the Israeli government would not have accepted the compromises in the plan – such as a full stop to new settlements for the next four years – if they had not been quickly allowed to annex the parts that are considered part of Israel. .

-This is a completely asymmetrical relationship, Friedman said of Israel and the PA:

-Israel is a democracy. You can trust what they say. The country has a very good relationship with the United States on several levels and the relationship is very solid. We know they are able to keep their part of the deal, said the US ambassador.

The Palestinians, on the other hand, are not in a position where they can only expect to reap the benefits of the agreement immediately. The Americans believe they must first prove to be a reliable partner.

-The Palestinians are not united. Their government is not democratic. Their institutions are fragile. They have no respect for the norms that we greatly appreciate, such as human rights, freedom of religion and freedom of expression, he said.

-We understand that they are in a difficult situation. They are not united, they are involved in a series of internal conflicts. So they have time to digest the plan without being punished for passing the time, the US ambassador explains.

The entire area set aside for a future Palestinian state in the peace plan is reserved for four years. So even if the Palestinian leadership were to spend three or four years deciding, they would not lose any of the land.

Friedman points out that Israel has never before agreed to freeze the construction of new settlements for a full four years. Only once before has Israel agreed to freeze construction, for a 10-month period under Obama. The aim was to get the Palestinians back to the negotiating table without much help.

“That Israel must annex the part they want to keep now in exchange for not taking more of the territory reserved for Palestine is a formula that is a very fair agreement for us, the Palestinians and Israel,” he said..

The Times of Israel also asked the ambassador what would happen in four years – if Israel could annex the entire West Bank – if the Palestinians still did not commit to the peace plan and refused to enter into negotiations.

-Not necessarily, replied Friedman, who explained that it would probably go back to a situation similar to the one we have today.