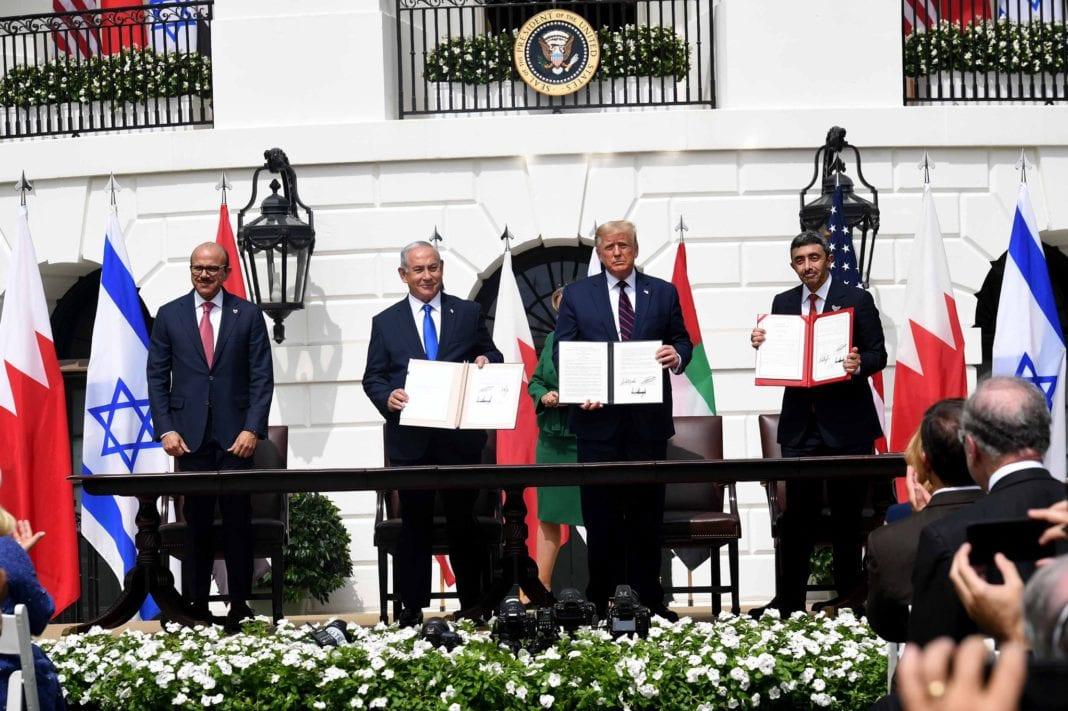 The American company Zogby Analytics has conducted a poll among 3,600 Arabs in Saudi Arabia, the Emirates, Jordan, Egypt and the Palestinian Authority. The poll was led by James Zogby, founder and president of the Arab-American Institute. The results were published by Sky News Arabia in the United Arab Emirates and also in the newspaper Israel Hayom.

In the Palestinian population, a majority (61 percent) are negative about Israel’s normalization agreements with the Emirates and Bahrain, but not in the Arab countries. 59 percent of Jordanians and Saudis are positive, 58 percent of Egyptians and 56 percent of the population of the Emirates. The desire for stability and the military situation in the Middle East are cited as the main reason for the support.

On October 12, Prime Minister Benjamin Netanyahu’s office announced that a summit with Emirates Crown Prince Mohammed bin Zayed Al Nahyan is planned “shortly”. The two heads of state have spoken together over the weekend.

“I invited him to visit Israel, and he invited me to visit Abu Dhabi,” Netanyahu told members of his government.

On Monday, the Israeli government unanimously decided to forward the standardization agreements (the Abrahamic Agreements) for formal approval in the Knesset.