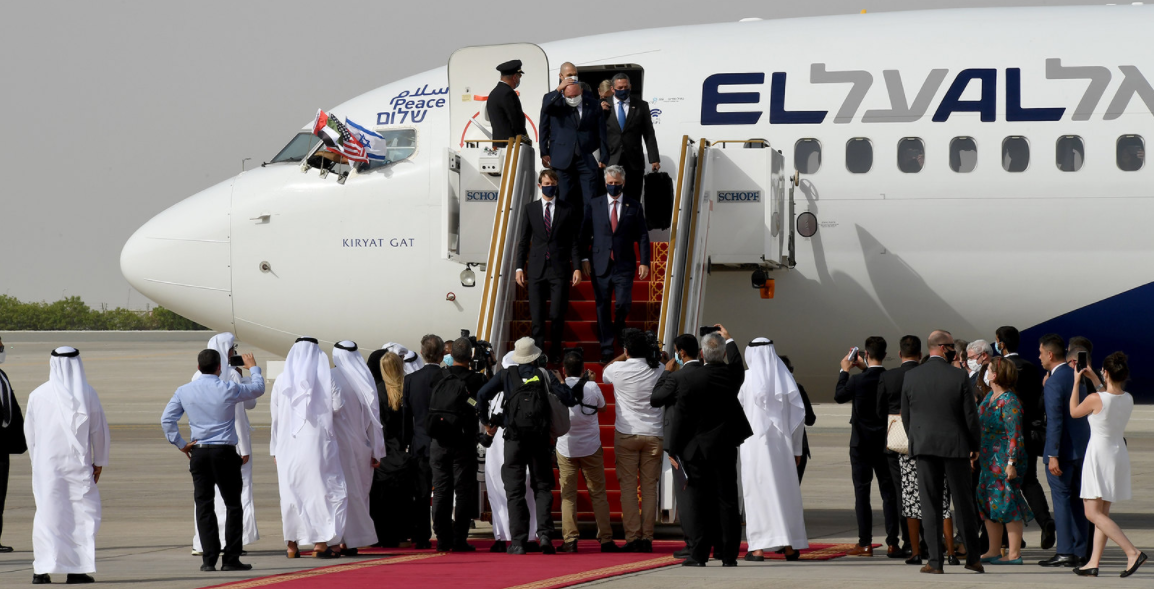 The Abrahamic agreements should not be considered a by-product of the US presidential election, writes Israeli journalist Michal Divon in the newspaper Israel Hayom. Those who believe that the Abrahamic Agreements are merely a political campaign tactic have misunderstood the United States’ priorities. One can choose to ignore the bigger picture, the historical significance and the people who drive peace on earth, but the polls can not be ignored.

According to opinion polls, Americans are most concerned about the economy, immigration, national security, gun laws, and the environment. Foreign policy is not in the top 10 in opinion polls. Read MIFF’s articles on the Abrahamic Agreements here.

Local American television channels have largely not covered the Abrahamic Agreements, so Divon does not believe that the claim that the Abrahamic Agreements should merely serve to revive Trump’s presidential campaign holds water. Divon believes that TV channels reflect the concerns of the population – Americans are more concerned about their economy, standard of living and health care system than peace agreements reached in the Middle East.

Regional forces change dramatically – US presidential election is simply not the driving force behind peace in the Middle East, Divon writes.

According to Divon, Israeli Prime Minister Benjamin Netanyahu, who is on trial, has been facing similar allegations – read MIFF’s article on the trial against Netanyahu here. Neither Trump nor Netanyahu has been granted a grace period under the Abraham Accords. In Netanyahu’s case, it is not because the Israelis do not give high weight to foreign policy, but rather because there are other issues that are pressing on, Divon writes.

The Israelis call Netanyahu the “magician” – the term is used both positively and negatively. According to Divon, recent polls show that the right-wing opposition party Yamina is catching up with Netanyahu’s Likud party, according to Divon, which calls into question his magical abilities. Read MIFF’s article on one of the latest polls in Israel here.

Most Israelis support the Abrahamic agreements, but they stand in stark contrast to the great dissatisfaction on the home front. The Israelis are eager to travel to the Gulf, but they have been sitting at home for several weeks during the second Corona shutdown – read MIFF’s articles on the Corona crisis here.

Furthermore, Israel’s Central Bureau of Statistics (CBS)’s latest survey shows that Israel’s consumer confidence has fallen steadily – read MIFF’s article on the survey here. Thousands of Israelis protest across Israel over dissatisfaction with Netanyahu’s handling of the Corona crisis, despite the great importance of the Abraham Agreements to Israel and the entire region, the local problems overshadow the importance of the agreements, Divon writes.

Palestinians are highly dissatisfied with the good relations that are emerging between Israel, the Emirates, Bahrain (read also MIFF’s article on the normalization agreement between Israel and Sudan agreed on Friday). The Palestinians immediately rejected the Abrahamic Agreements and refused to recognize their longtime ally the Emirates, after they managed to set Israel’s plan to extend sovereignty over parts of Judea and Samaria. Read MIFF’s articles on Israeli plans for sovereignty here.

The Palestinians see the Abrahamic agreements as treason because they demand normalization with Israel through the mantra they grew up with, “if we do not get peace, no one will”Abraham agreements do not hamper the possibility of establishing a Palestinian state – the reaction of the Palestinians, on the other hand, is deadly to the prospects of a Palestinian state,” Divon writes. Read MIFF’s articles on the subject here.

There are also those who fear that the holy sites of Jerusalem are in danger due to the Abrahamic agreements – they can, according to Divon, be sure that the Hashemite rule of the Muslim and Christian holy sites has not changed. The only ones who threaten the city are extremists who look at and harass Emirati tourists who have traveled to Jerusalem to visit the Temple Mount – Islam’s third holiest site.

See how Palestinians humiliate Emirati tourists in Jerusalem in the clip: