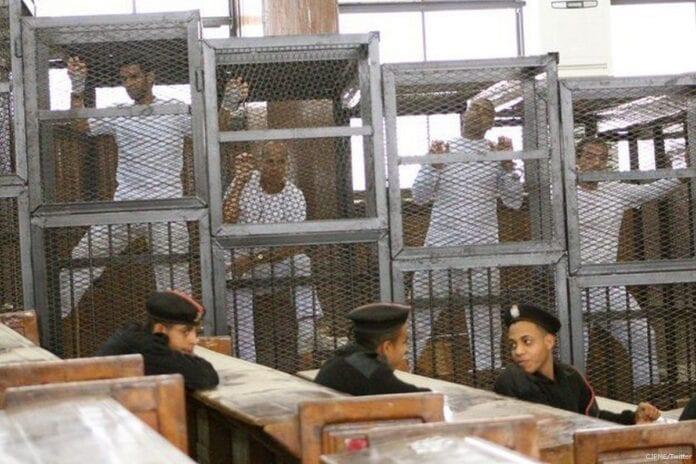 It is estimated that there are 60,000 political prisoners in Egypt who have been imprisoned in hopeless conditions. The use of torture is systematic, extensive and also affects hundreds of children, writes Per A. Christiansen in a column in the Norwegian newspaper Aftenposten.

«Thousands of Egyptians have disappeared in recent years. Not everyone has reappeared since. The families of exiled Egyptians who are in opposition are subject to collective punishment. The Corona crisis is being used as a pretext to force critics to remain silent, including health workers, journalists and bloggers, “writes the former Middle East correspondent.

Egypt has been plagued by unrest since the Arab Spring in 2011. General Abdel Fattah el-Sisi and the military seized power in 2013 and have since ruled the country with iron grip. Countries that often talk about human rights, and that never hesitate to criticize Israel, hesitate to intervene against the Sisi regime.

“As recently as December, Sisi was awarded France’s highest honor, the Legion of Honor, despite demands that conditions be set for continued defense and trade policy cooperation with Egypt,” the journalist writes.

«The Egyptian darkness described in Exodus ended after three days. The darkness that the Egyptians live under has lasted for years, and can last for many years to come “, Christiansen concludes.

While political opponents are imprisoned, tortured and killed in Egypt, the situation is quite different in neighboring Israel. Israel recently topped the list as the 27th best democracy in the world, ahead of countries such as Italy, the Czech Republic and Belgium – read more HERE.

Gas is now being exported to Egypt