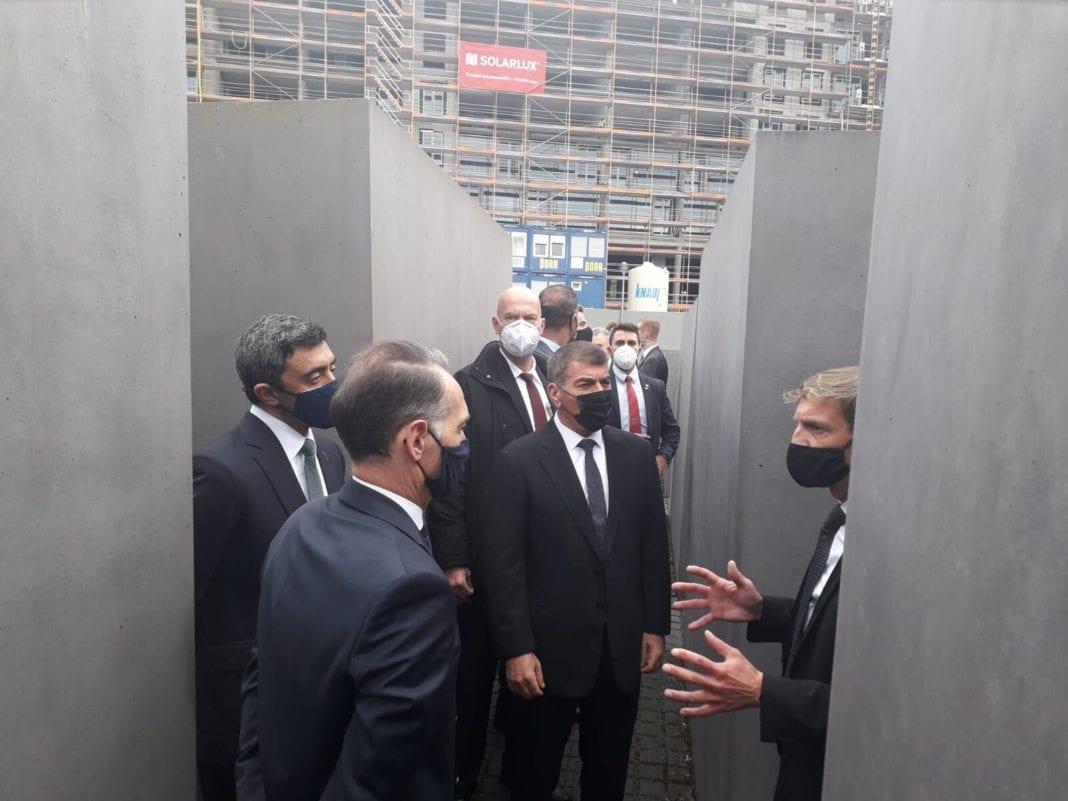 According to Israeli reporter Barak Ravi, the Emirates’ foreign minister proposed to visit the Holocaust memorial during the summit. In a greeting in the guestbook, Zayed expressed his respect for “the European Jewish victims of the Holocaust.”

– An entire group of humanity fell victim to those who encouraged extremism and hatred, Zayed wrote in Arabic. Finally, he also added “Never Again” in both Arabic and English.

Ashkenazi wrote on the opposite page of the guestbook. He referred to the summit in the German capital as a “symbol of the beginning of a new era, a time of peace between nations”.

– Our common signatures in the book of remembrance are a cry and at the same time a promise: to remember and not forget, to be strong and ensure that it never happens again, wrote Ashkenazi.

Read MIFF’s article – Mads Fuglede: – The Abraham agreements are the best news from the region for several generations.