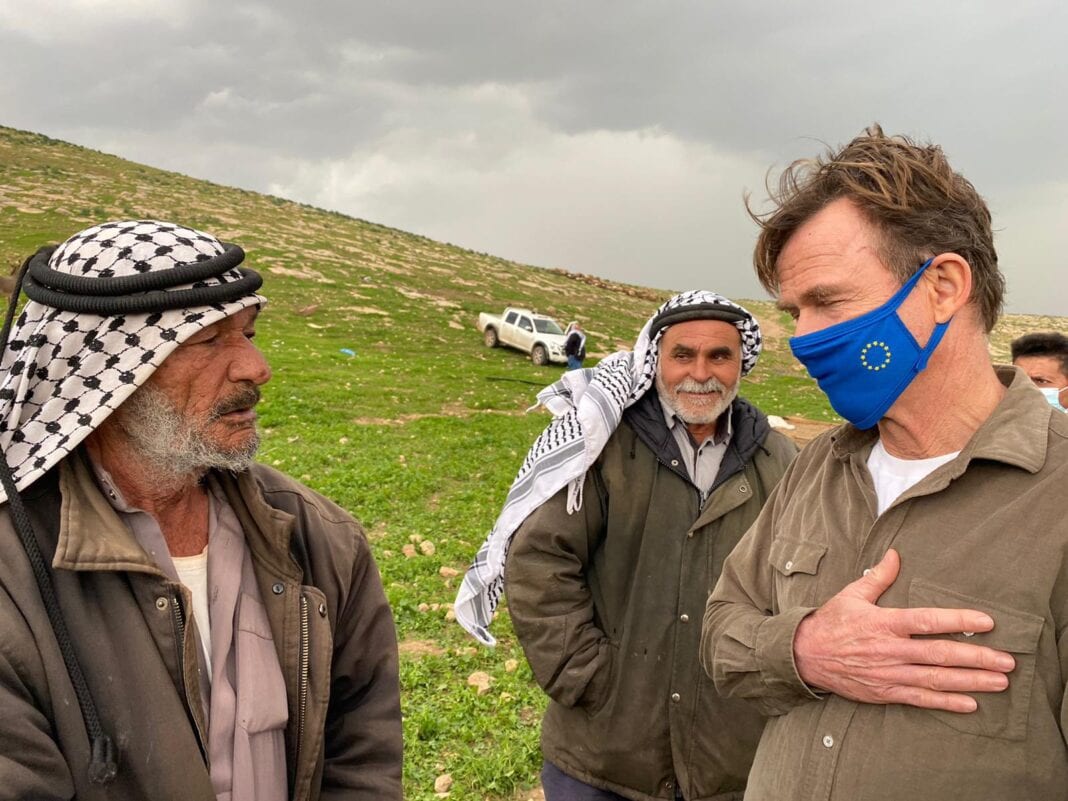 for a short time MIFF’s book in Swedish translation.

– The Swedish media reporting is distorted and lacks neutrality in Israel and Palestine. It is not coincidental, but a consequence of ecclesiastical journalist tours to the West Bank (Judea and Samaria), initiates Borg.

Every autumn organizes the Swedish church and their relief organization Diakonia Tours to Judea and Samaria (West Bank). All costs are covered and journalists from all major Swedish editors have participated in the tours, according to Borg.

The Swedish journalist itself has been on one of the tours. She writes that “a clear, limited and black-white view of who is the victim and who villain / assault man”. Out of more than 32 program points on the trip, with study visits and lectures, there are only one handful of features that are not direct Palestine activist. “If you know something about the region, the history of the Middle East and the conflicts, this will be wonderful,” writes castle.

Turporters play on emotions, and puts up for visits and meeting points “where it is not convenient to make critical issues”. “Get journalists look through the manipulation they are exposed,” writes castle.

The Swedish Church and Diakonia have, in general, the same Palestinian partners such as the Norwegian Church and Church Emergency / DanChurchAid in Denmark. There is good reason to believe that Norwegian and Danish journalists, church leaders and others get the same presentation as Borg describes during tours with church emergency corner.

“To lecturers and that, in case of study visits, for example, pure story revisionism is expressed as if Jews and Judaism do not have theological and historical roots in the country. Furthermore, there is a normalization of the “Zionist enemy” and encourages encouragement to support BDS movement totalbillation of Israel. Hamas and other terrorist groups in the region are described as “freedom fighters” and it is manufactured as a duty to implement “diplomatic terrorism” against Israel, “writes Borg. “Israel demonized for all aspects of its domestic policy.”

Borg does not doubt to call Diakonia’s journalist tours for a “propagand journey”. The organizer’s goal is to create a negative picture of Israel. “And it is called church influence work,” finds castle.

May 20, 2021
Denmark and Israel Media war against Israel.