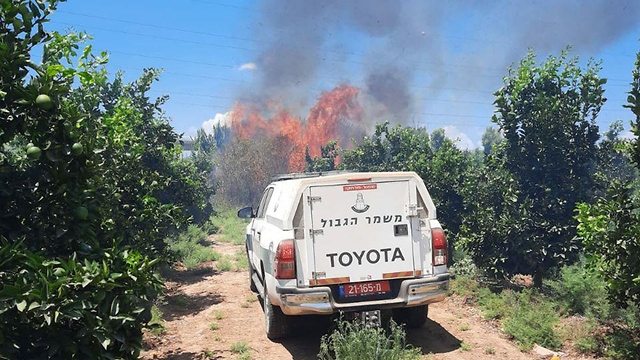 After several days of fire terror from the Gaza Strip, where terrorists send balloons with burning material into Israel, Israeli authorities have decided to close the border crossing with Gaza, writes Yediot Ahronot.

The fire terror has in recent days caused several fires in the Israeli territories near the Gaza Strip. Therefore, the Kerem Shalom border crossing will be closed to all traffic except humanitarian aid and fuel.

Explosives and burning materials attached to balloons, kites and the like were a new weapon used by the terrorists in the Gaza Strip in 2018. They have caused thousands of fires and major damage to agriculture, nature and wildlife – read MIFF’s article about it here in Norwegian.

In the past week, the fire terror has returned to southern Israel. The Israeli defense has responded back and attacked Hamas targets in the Gaza Strip without stopping the terror. Now they hope the closed border will act as a deterrent.