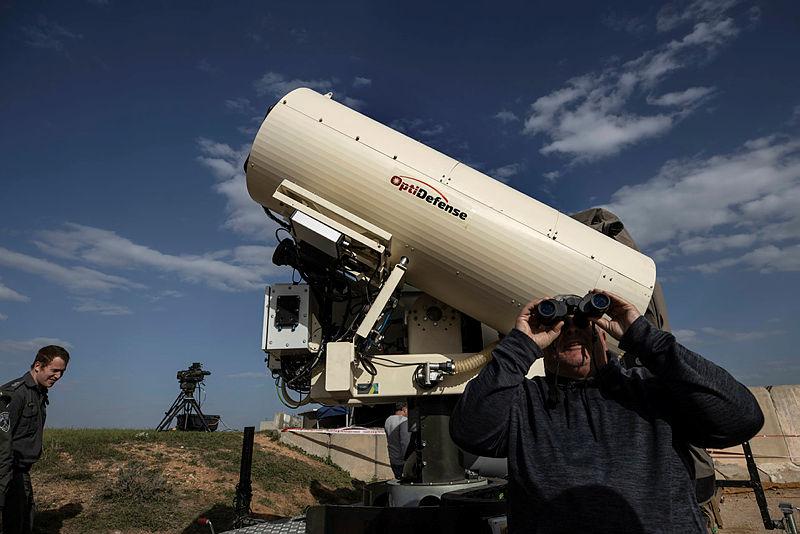 The laser system has been set up after terrorists have recently sent hundreds of explosive balloons across the border into Israel, writes the newspaper Israel Hayom.

Explosives and burning materials attached to balloons, kites and the like were a new weapon used by the terrorists in the Gaza Strip in 2018. They have caused thousands of fires and major damage to agriculture, nature and wildlife – read MIFF’s article about it here in Norwegian. Also read more of MIFF’s articles on fire terror here.

Light Blade is a laser that stops balloons, drones and other threats. It is the first defense system of its kind in the world. The technology is in many ways reminiscent of the Iron Dome – the defense system that fires rockets. Read MIFF’s articles on how the Iron Dome is used to protect the Israeli population from rocket attacks from Gaza here.

The laser was developed by three civil engineers in collaboration with researchers at Ben-Gurion University, the Israel Police Technology Department and the Armed Forces. The project took about a year. The laser has the capacity both day and night to attack targets at a distance of up to 2 kilometers.

The Israeli police hope the system will be able to stop the many explosive balloons that are sent in across the border. In the past week, the fire terror from Gaza has caused countless fires in southern Israel. During Tuesday alone, the fire terror caused 60 fires – read MIFF’s article on this.

As a result of the escalating fire terror from Gaza against Israel, Israel decided to close the border crossing to Gaza and allow access only for fuel and humanitarian aid. Read MIFF’s article on this.