Gaza Works – or is it Hamas? 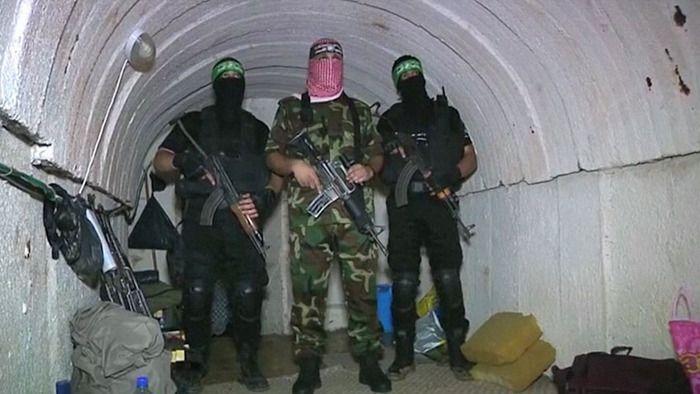 How is it possible that an honored state institution like the Royal Library can make itself available for a according to Bent Blüdnikow (which tends to be credible) such a one-sided, so politically tendentious and outright anti-Israel exhibition?

The Royal Library, which we should all be able to trust, does its utmost to act research-honest, objectively historically mediating, balanced and exploratory in its approach to history, has with this exhibition betrayed the Danes’ trust and demands for objectivity and made itself a tool for the political agenda of a terrorist movement via a photographer, who is obviously dictated by the same movement (cf. interview in DR2 Dagen on 13 April).

Has anyone understood the situation in Gaza, raped as the area is by the Hamas regime, which has repeatedly attacked Israeli civilians, abused allocated donor funds and terrorized its own population? Have you ever heard of Hamas’ massive fraud with donor funds used for terror and personal gain instead of for the survival and welfare of the people? Have you ever heard of the manipulation of children in Gaza’s schools and other institutions, of the fraudulent milking of Gaza’s youth, who are forced and enticed to dig terrorist tunnels and sent on suicide missions against and into Israel, while the well-to-do leaders skim the cream in other Arab countries?

Have you not read the lesson and understood where the responsibility for the situation in Gaza really lies? Have you never heard of the daily transportation of supplies and medical care from Israel? About the almost hermetically sealed border with Egypt, which is only open quite a few days a year? About Israel’s diverse offer to the field of cooperation and education in horticulture, agriculture and technology?

Do you have no idea at all about the current Middle Eastern and European history into which you seemingly act so unconsciously?

I see in the evening edition of the newspaper that the Library has refused to make itself a mouthpiece for the photographer’s political views. However, it sounds like a massive evasion of responsibility when the accompanying texts of the images testify to something completely different. This here the Library simply can not be known as a public and hitherto respectable institution. It is nothing short of shameful and should have consequences both for the Library’s management and for the curator in question, who to that extent has lost his head and sold his professional soul. That exhibition should be closed immediately or at least the accompanying texts should be rewritten.

Addition from MIFF-DK Redaktionen 20 April 2018: The library offers a teaching course of 1.5 hours 8th, 9th and 10th grades, HF, HHX, HTX, STX, VUC, teacher training, technical schools in the subjects visual arts, history, social studies with learning objectives “Students have an understanding of photography as an art form and medium. Students have insight into life and the conflict in Gaza.” You can book a time from 23 April 2018 to 21 December 2018. The course must of course be subjected to the same treatment as the exhibition texts!

Notes, sources, and references (with links)

Mag. nature. Mette Thomsen is a commentator. As mentioned, the post refers to the Royal Library’s recently opened exhibition “Kent Klich: Gaza Works” by curator Sarah Giersing and photographer Kent Klich, reviewed by Bent Blüdnikow in Berlingske Tidene on 16 April 2018. The newspaper did not have room for Mette Homsen’s post, why MIFF-Denmark, by agreement with her, is happy to publish it. See also MIFF-DK’s post The Royal Library’s exhibition “Kent Klich: Gaza Works” – Propaganda work?

Photo : The photo accompanies an article by Isi Liebler “ Should we stand by knowing that Hamas intends to attack us ” February 9, 2016 in Word From Jerusalem. The information on what a tunnel costs is from “ Hamas Responsible for Suffering in Gaza, Israeli Defense Minister Holds ” in the Bridges for Peace newsletter March 6, 2017.